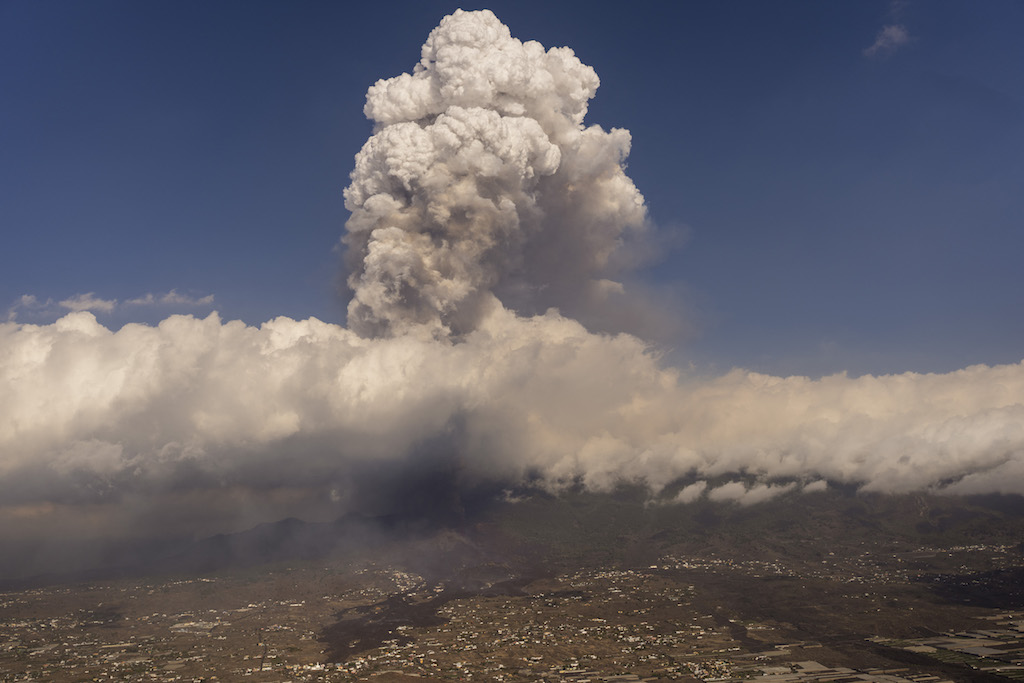 Lava from a volcano eruption flows on the island of La Palma in the Canaries. AFP/Pool

New evacuations were also ordered as large explosions and new openings were reported at the volcano on La Palma island on Friday.

A large cloud of thick, black ash spewed into the air, forcing several airlines to call off flights.

La Palma had six inter-island flights scheduled for Friday operated by Binter, Canaryfly and Air Europa, while the national carrier Iberia had a single service from Madrid to the mainland. All were scrapped.

They were the first flights to be cancelled since the volcano erupted on Sunday.

"It is not yet possible to say when we can resume flights," Spanish carrier Binter said on Twitter.

Authorities also ordered new evacuations, adding to the 6,100 people already forced to leave to area this week, including 400 tourists.

The compulsory evacuation order was issued in parts of El Paso town on La Palma island "given the increased risk for the population due to the current eruptive episode", the regional government said.

According to the European Union's Copernicus Earth Obervation Programme, the lava has so far destroyed 390 buildings and covered more than 180 hectares of land.

Video footage from the civil guard showed a garden in the area completely covered in thick ash.

Visiting the island, Prime Minister Pedro Sanchez announced La Palma would be declared a zone affected by a catastrophe" which opens financial aid to residents.