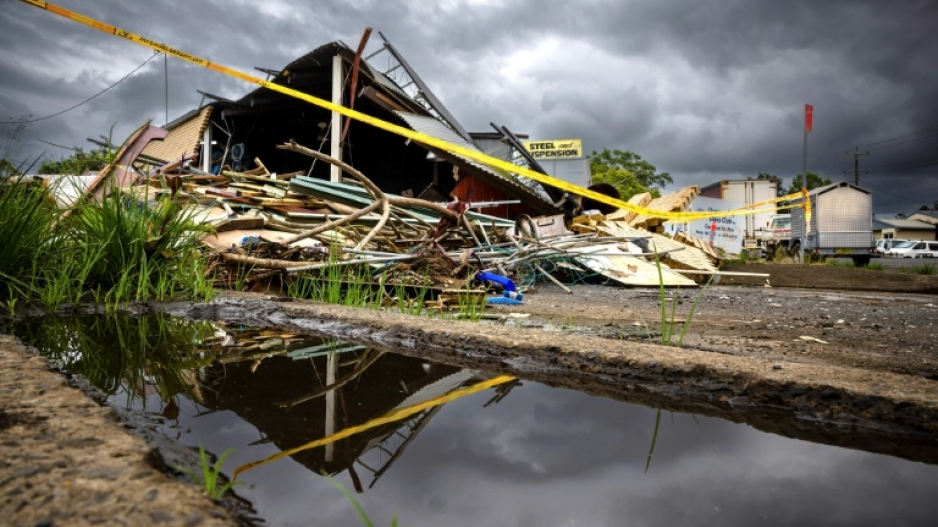 ADELAIDE - For Karey Patterson, the lingering memory of the February floods that devastated Australia's east coast was wondering how long he could hold his daughter's head above water as the torrent consumed their home.

"It was like a disaster movie, but I was in it," he told AFP, standing in the still-gutted shell of his house in the town of Lismore.

In the aftermath of the floods, the worst the city had ever seen, there was a flurry of news coverage, visits from the prime minister and opposition leader, and promises of help.

Three months on, the floodwater has mostly receded and with it public attention.

On the eve of Saturday's election, the fact that more than 1,500 citizens in one of the world's richest nations are still in emergency accommodation barely gets a mention in the campaign.

Many others have slipped through the statistics, sleeping on friends' couches, staying in caravans, or camping in their flood-wrecked homes. 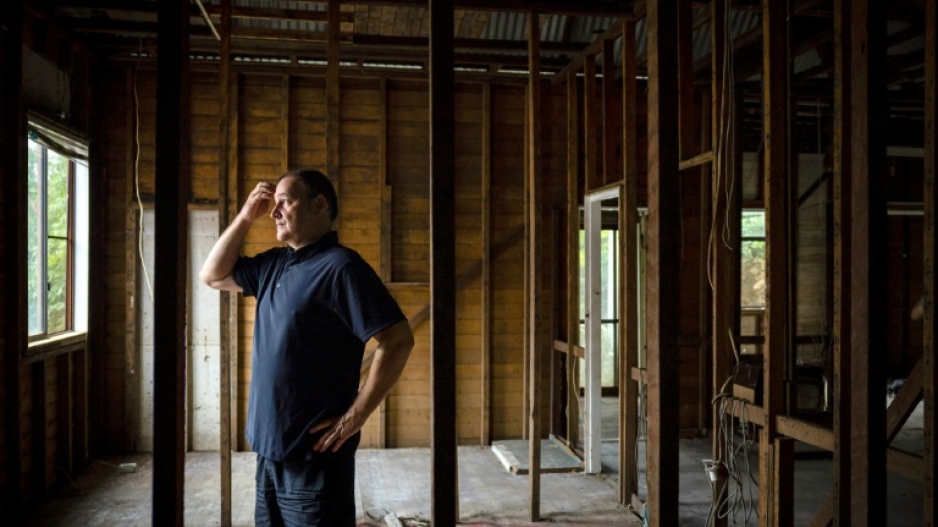 Lismore resident Karey Patterson's home was destroyed in the flood

"I think we have been forgotten," said Bec Barker, who has been living with her husband in a small caravan in the backyard of the home they spent more than a decade renovating.

Battling her insurer and ineligible for grants, Barker cannot picture herself living again in the home she thought she would grow old in.

While many flood victims feel forgotten, some also worry climate change's low billing on the campaign trail will guarantee more Australians are hit by increasingly extreme droughts, fires and floods.

Barker wants to see better government preparedness before new disasters strike -- so neighbours are not left to rescue one another in the dead of night.

"This can happen to anyone, really. I don't live in a high flood zone area," she said.

"It happened to us." 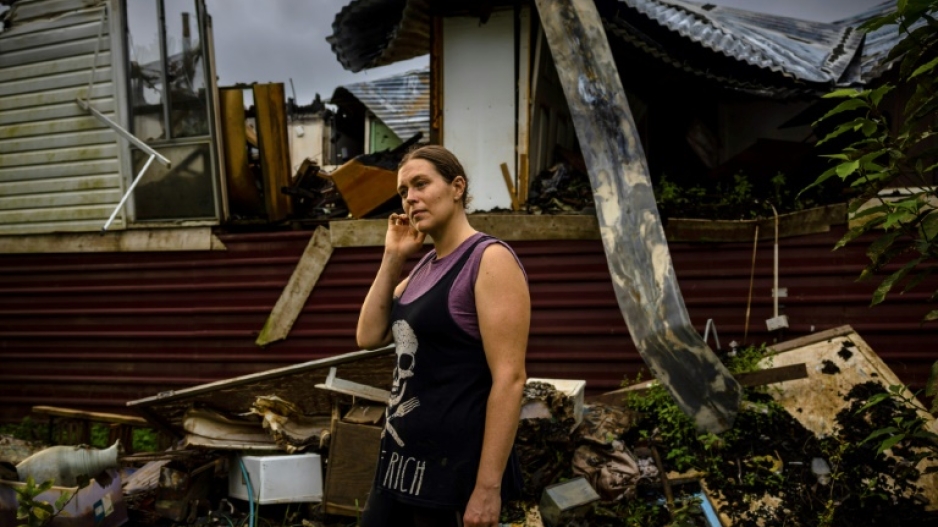 As the February flood drowned Rahima Jackson's house, something sparked a fire and she watched on from a neighbour's window as it burned in the middle of an inland sea

Daylight reveals a city where recovery has stalled.

Condemned houses swept from their foundations by the floodwaters wait to be demolished. Trees are still littered with plastic, chairs and family photos.

Locals line up for basic necessities from charities such as the one run by "The Koori Mail", Australia's national Indigenous newspaper.

Much of the nearby university, Southern Cross, has been given over to the recovery effort -- three schools have moved in, as have displaced businesses, doctors and the local police.

For months, many locals have been "in limbo", Lismore resident Rahima Jackson said, waiting for the council to decide about new flood regulations or a land swap deal allowing people to move to higher ground -- which could take years.

"The community here is definitely angry because every response has been too slow," she said. 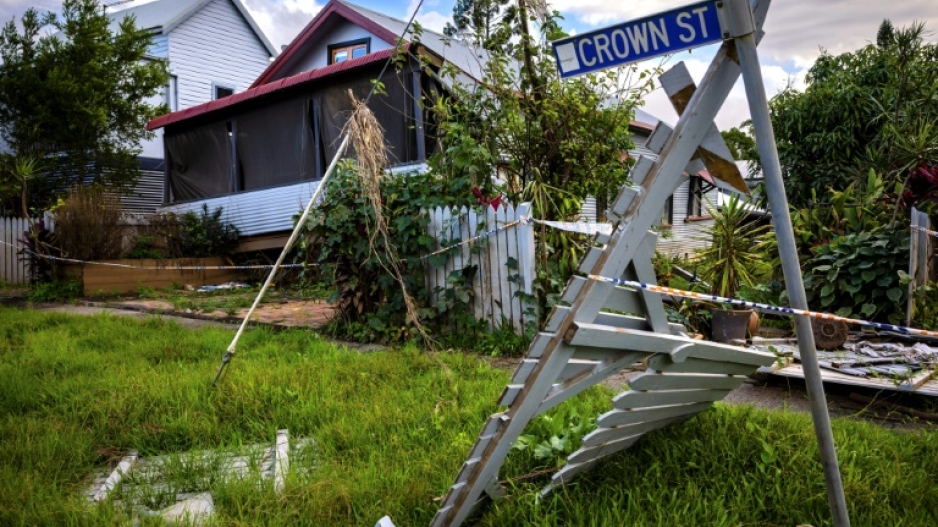 Many Lismore residents could not afford flood insurance, even before the latest disaster

As the February flood drowned Jackson's house, something sparked a fire and she watched on from a neighbour's window as it burned in the middle of an inland sea.

She has been hoping to buy a caravan to live in, behind her ruined home with its charred roof crumpled like a piece of paper.

For the community, she said, the stress is starting to take a toll: "I know most people have panic attacks at the sound of rain."

So far, the state government has paid out less than a fifth of the 38,037 applications for grant assistance it received from individuals and businesses.

Like many people affected by the floods, Ron Maher, 77, has found himself ineligible for any government grants -- because his pension, not his farm, has been his primary source of income.

"I'm not bitter about it. Disappointed is a better word than bitter," he said.

Maher, who lost a third of his cattle as floodwaters swept through his rural property north of Lismore, told AFP he was worried for the town's future.

"I don't know whether I'm talking out of school here, but I'm a bit afraid that north and south Lismore will turn into a bit of a shantytown because they can't afford to build," he said.

Insurance is another stumbling block.

By 2030, half a million homes across Australia will be uninsurable, too vulnerable to floods, bushfires, tides or high winds, according to the Climate Council.

Many Lismore residents could not afford flood insurance, even before the latest disaster. 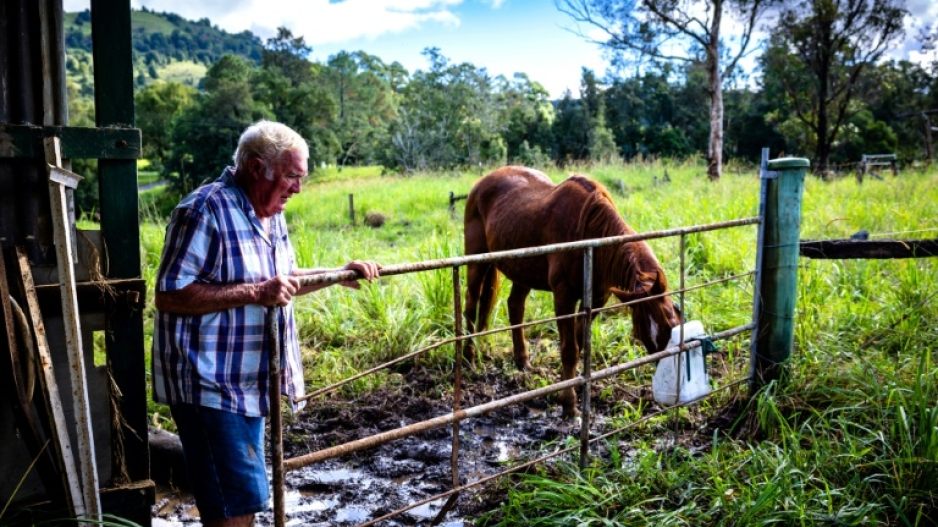 She survived the 2002 Bali bombings in Indonesia, and became known as "the Angel of Bali" after being photographed carrying a young man from the wreckage of the Sari Club.

She said the floods were an "echo" of that tragedy, which killed her first love.

She is running as an independent on a climate-focused platform.

"We've got to look at best evidence. We've got to trust what the science is telling us. And that is that we must act now on climate."

He eventually managed to smash a hole through the hardwood ceiling with a barbell before the water got to the roof.

A friend paddled a kayak through surging floodwaters for hours to deliver each of them to safety.

For now, Patterson sleeps on his friend's sofa, unsure about what comes next. One thing he is sure of is that, for sanity's sake, he cannot return.

"I'm not coming back to live in this house."