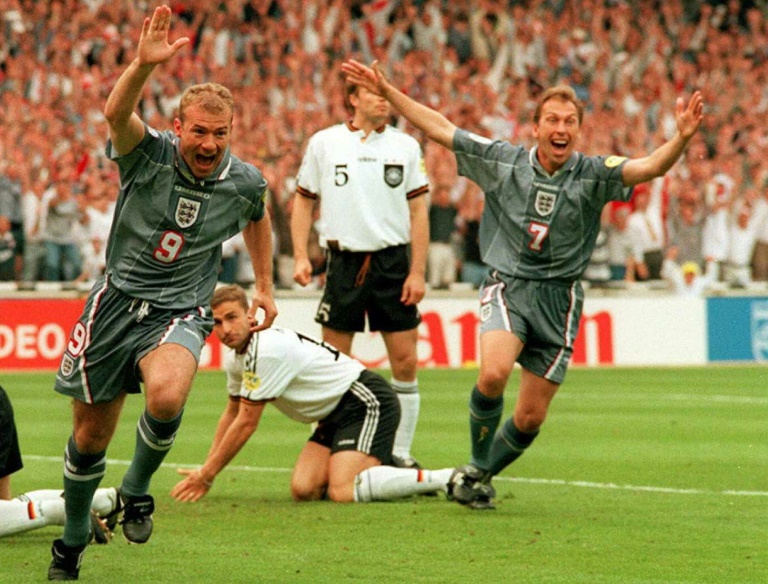 England manager Southgate leads his team into their opening match of the European Championship against Croatia at Wembley on Sunday.

It should be a memorable occasion as England play on home turf at a major tournament for the first time since Euro 96.

For Southgate, England's role as one of several hosts of the delayed Euro 2020 offers a chance for redemption after his penalty miss condemned the country to Euro 96 semi-final heartache against Germany.

If England can create the same wave of national enthusiasm that Terry Venables' team surfed 25 years ago, Southgate will have a chance of winning a first major title for the country since the 1966 World Cup.

English football was undergoing a long-awaited rebirth by the time Euro 96 arrived, recovering from a dark period in which its image was badly damaged by hooligan gangs who clashed in decaying stadiums.

The Premier League had been established four years earlier, with Britpop bands Blur and Oasis and even future prime minister Tony Blair jumping on the bandwagon to broaden the game's appeal.

With its "Football's Coming Home" chorus, the song became the soundtrack to England's summer.

Yet, while there were unforgettable days ahead, England started Euro 96 in disarray.

Celebrating Paul Gascoigne's birthday during a pre-tournament trip to Hong Kong, England players found themselves on the front pages after a drunken evening at the China Jump bar.

The debauchery peaked in the "dentist's chair" -- a drinking game in which the footballers sat with their mouths open as tequila and vodka were poured in.

Gascoigne and other players were also involved in a heated dispute that led to televisions being damaged on a Cathay Pacific flight back to London.

Rather than read the riot act as tabloid headlines screamed "Disgracefool", Venables fostered a seige mentality among his squad.

Venables' ploy nearly backfired when England were held to a 1-1 draw against Switzerland in their opening game at Wembley.

But England's tournament turned in the grudge match against Scotland, an opponent who lie in wait for Southgate's men in their Euro 2020 group.

Gascoigne celebrated by lying on the ground while Teddy Sheringham squirted a water bottle into his open mouth in a nod to their "dentist's chair" antics. 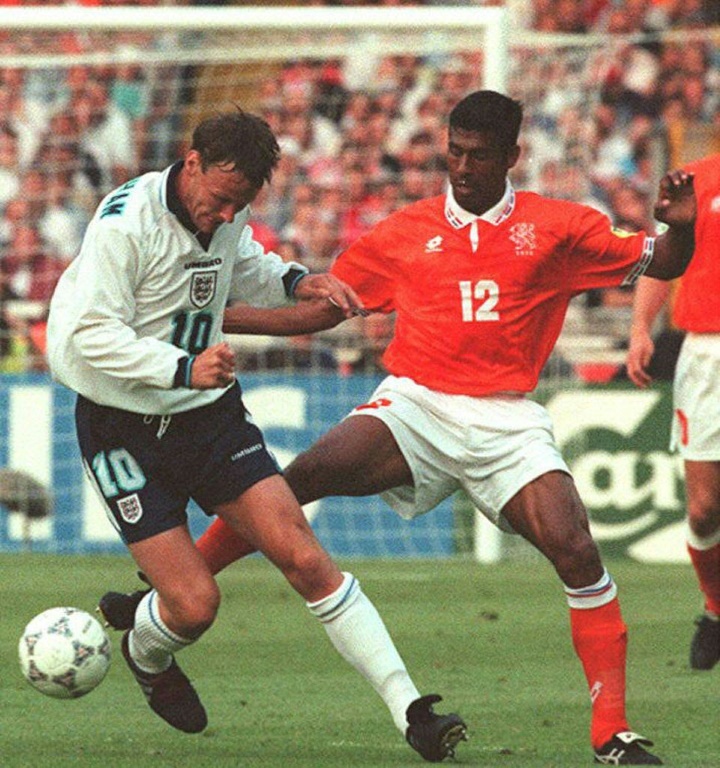 "Gazza saw the dentist's chair in the middle of this bar. From that moment it turns into chaos," former England midfielder Jamie Redknapp recalled.

"One of the great nights. And Gazza's like 'I'm going to score against Scotland and when I do, I'm going to do the dentist chair'.

"Apart from Bobby Moore lifting the World Cup, that's the best picture I've seen of anyone in an England shirt."

England produced one of their greatest performances to crush the Netherlands 4-1 in their final group game.

But after surviving a tense shootout to beat Spain in the last eight, England's infamous penalty demons resurfaced when they faced Germany in a pulsating semi-final.

Stefan Kuntz cancelled out Shearer's opener and, after Gascoigne was inches away from an extra-time winner, it was Southgate who played the villain with his shoot-out miss.

Southgate wept on Venables' shoulder, while Germany went on to beat the Czech Republic in the final.

Despite the painful denouement, Euro 96 remains an iconic moment in English football, one that Southgate would love to recreate with his team over the next month.

"It was not only that we reached the semi-finals, it was that we had a lot of fun along the way, and I think the whole country did too," Shearer said.