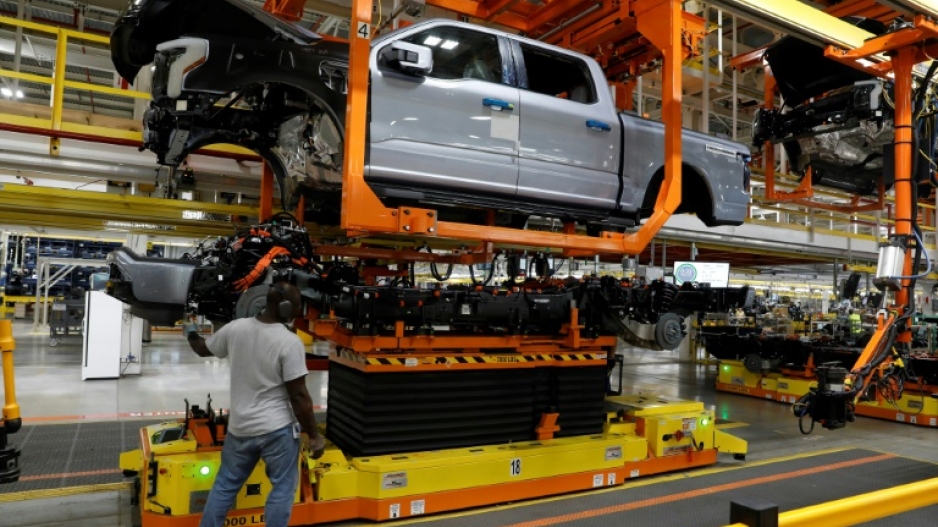 A cab is lowered on the frame of a battery-powered F-150 Lightning truck at Ford's Rouge Electric Vehicle Center in Dearborn, Michigan

DEARBORN - Construction crews are back at Dearborn, remaking Ford's century-old industrial complex once again, this time for a post-petroleum era that is finally beginning to feel possible.

The manufacturing operation's prime mission in recent times has been to assemble the best-selling F-150, a gasoline-powered vehicle.

The truck plant churns out a new pickup truck every 53 seconds in a well-oiled process that will continue for the foreseeable future.

But in September 2020, Ford broke ground on a smaller facility on neighbouring land, tasking the new operation with building a battery electric cousin to the internal combustion engine (ICE) F-150.

The F-150 Lightning is part of a growing fleet of battery electric vehicles (BEVs) hitting the roadways from established automakers and upstarts.

At the Detroit Auto Show last week, President Joe Biden proclaimed that "the great American Road Trip is going to be fully electrified."

After racking up some 200,000 reservations for the Lightning, Ford has announced expansions to quadruple output over the next year.

Will there be a tipping point where the Lightning could overtake the ICE model? That is a question on the minds of officials at Ford and rival Detroit automakers that are investing billions of dollars in BEVs while still producing millions of ICE vehicles.

"The industry is changing so quickly, I don't think anybody has a good prediction of where it's going to be," Ford's Chris Skaggs told AFP.

"But we are reacting and getting the right resources to build batteries and scaling so that we can meet demand whatever that is," said Skaggs, a veteran Ford operations manager who is leading the BEV plant expansion. 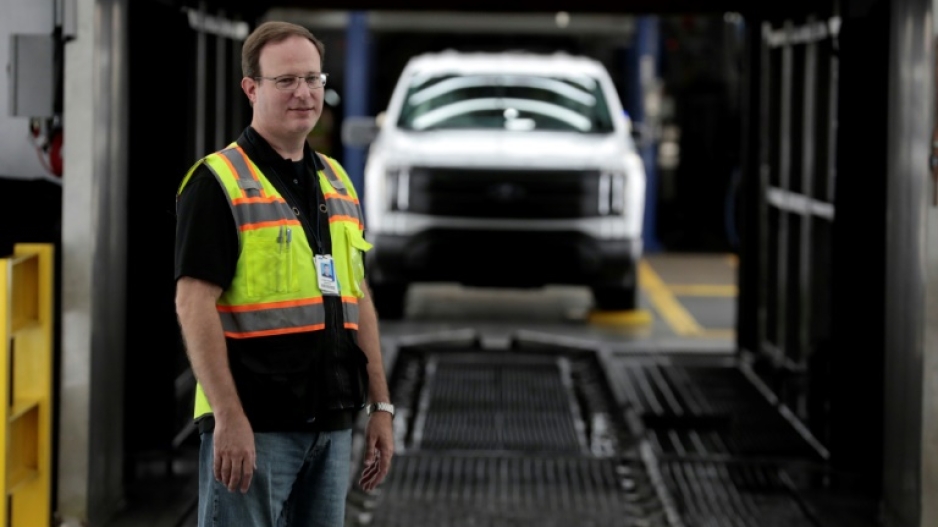 "I've been doing this for 29 years, and I thought I would be retired before we even got to this point."

The Lightning marks the latest reinvention of the Dearborn Rouge industrial complex south of Detroit near the Rouge River.

The Rouge factory was built between 1917 and 1928 and originally planned to comprise all the components in car production, including tire-making, vehicle assembly, steelmaking and engine building.

Peak employment topped 100,000 in the 1930s, a decade that also saw visits by artist Diego Rivera for his famed murals of auto workers.

The complex was enlisted to build fighter jet engines for the Allies' World War II before assembling such iconic Ford vehicles as the Thunderbird and the Mustang, which was launched in the 1960s and is now assembled at a different Michigan factory. 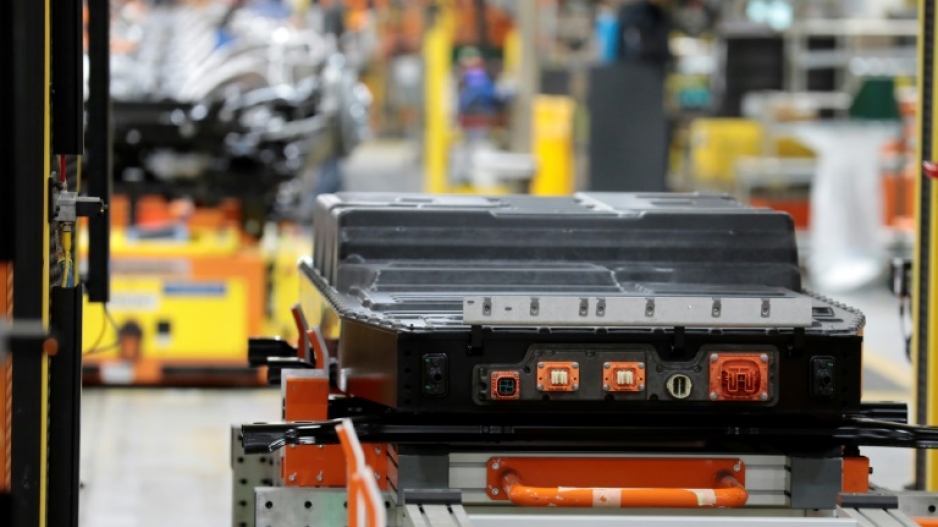 The Rouge site -- long emblematic of the moving assembly line that changed manufacturing history -- began to look like a white elephant as Ford streamlined later in the twentieth century and pollution rendered it a brownfield site.

But William Clay Ford Jr., the great-grandson of Henry Ford, refused to shutter it, authorizing a $2 billion upgrade soon after becoming chairman in 1999.

Dearborn Truck plant opened in 2004 following extensive environmental cleanup and the installation of a "living roof" to make heating and cooling more efficient.

The younger Ford, who identified Rouge as "our heritage," faced pushback internally on the Dearborn investment, which coincided with a trying period financially.

But it would be difficult to find fault with the staying power of the F-150, which has been the best-selling vehicle in the United States for four decades.

The vehicle assembly process starts when the aluminum coils are stamped into panels on-site. The panels are assembled at the body shop and then painted before making their way to the assembly line.

The truck then proceeds through hundreds of work stations where the engine and other components are installed, and is then put through testing including wheels and headlamp alignment, camera-based inspections and electronic computer once-overs before shipping to the customer. 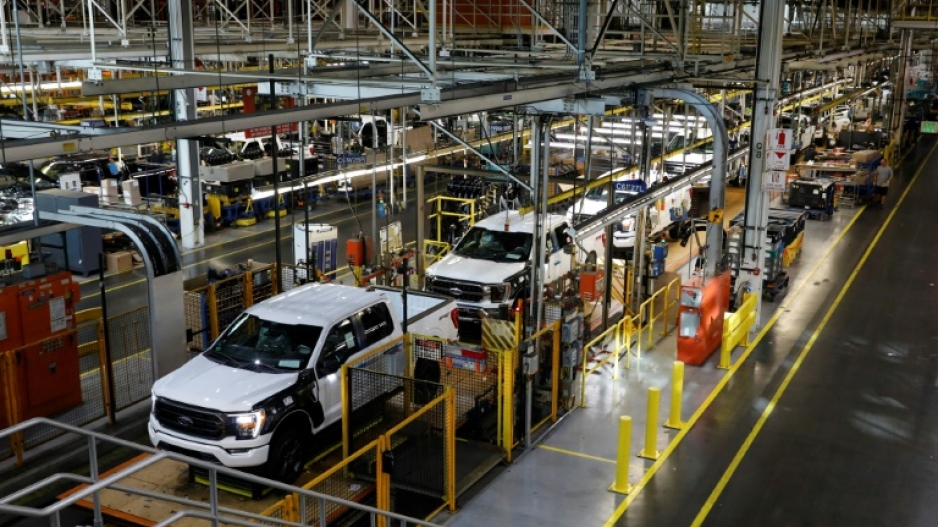 Ford does not release daily output figures, but each vehicle is assembled in hours once it arrives at the factory, Skaggs said.

In contrast to the ICE truck factory, which clanks with activity, the BEV plant operates at a modest hum, a quality partly due to the company's focus on ergonomics.

The BEV assembly process is also organized around production lines, but there are fewer work stations in an operation that is still gearing up for bigger things. The Rouge Electric Vehicle Center currently employs about 500.

The expansion will double the size of the BEV factory and add more workers and work stations, taking output to 150,000 annually by next fall, Skaggs said.

But the added productivity will be "flex," Skaggs said, meaning it could be used for either ICE or BEV depending on demand.

"If we don't call it right, we can build more ICE units... or if BEV really takes off like we all expect it to, we can scale this up."