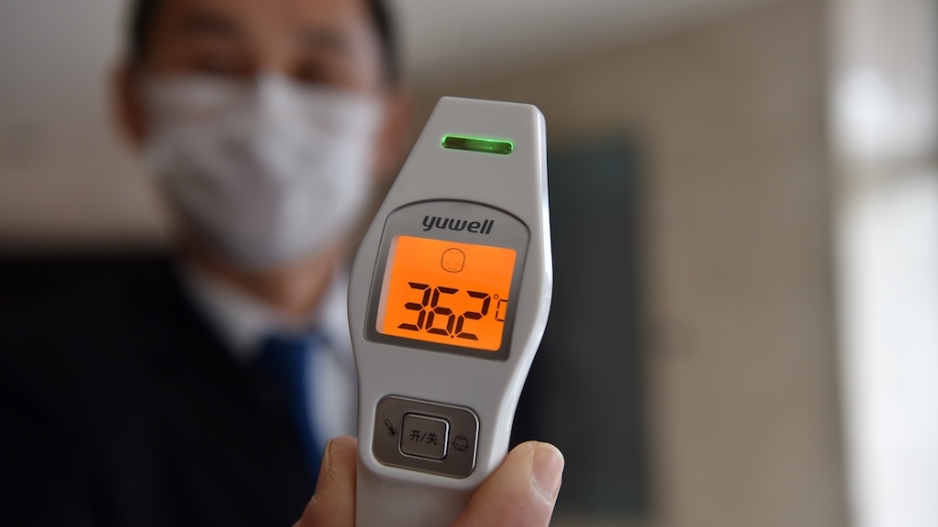 File: A hotel employee shows a temperature reading as he stands by the entrance to check all guests and anyone who enters the building to check for signs of the virus in the city of Wuhan.

WUHAN - Hundreds of Americans and Japanese escaped the quarantined Chinese city at the centre of a viral epidemic aboard charter flights on Wednesday, as the death toll soared to 132 and confirmed infections neared 6,000.

The new virus has spread to more than 15 countries since it emerged out of Wuhan late last year, although all the confirmed fatalities have so far been in China.

With global concerns mounting, the United States, Britain and various other countries have also advised their citizens against travelling to China.

Countries have for days been scrambling to try and get their citizens out of Wuhan safely, but have faced huge logistical, medical and bureaucratic hurdles.

Japan and the United States on Wednesday were the first to evacuate some of their citizens from Wuhan.

About 200 people were aboard the Japanese flight, which landed in Tokyo on Wednesday morning.

Medical professionals were on the flight to carry out health checks but Japan's health ministry said there were no plans to quarantine the passengers.

A US charter flight also left Wuhan on Wednesday with about 200 Americans on board, including employees from the local US consulate.

"These travellers will be carefully screened and monitored to protect their health, as well as the health and safety of their fellow Americans," a State Department spokeswoman said.

The European Union will fly its citizens out aboard two French planes this week, and South Korea is due to do the same. Several other countries were assessing their options.

Authorities said on Wednesday the number of cases in Hubei province, the epicentre of the virus of which Wuhan is the capital, soared by over 800 from the previous day.

The number of confirmed cases across the country climbed to 5,974, while the death toll nationwide jumped 26 to 132.