Foreigners in SA appeal to be relocated after attacks 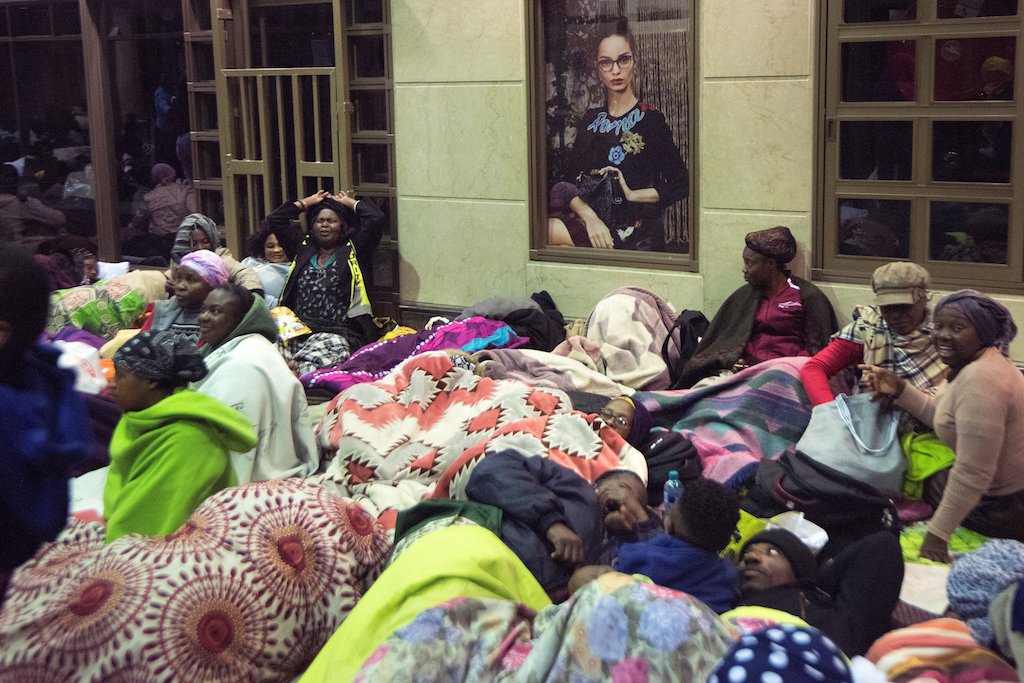 Dozens of people camp in a corridor close to the offices of the United Nations High Commission for Refugees (UNHCR) on October 9, 2019 in Cape Town, demanding to be removed from South Africa saying they were no longer safe.

CAPE TOWN - Hundreds of foreign nationals on Wednesday took to the streets of Cape Town, demanding to be relocated from South Africa after camping at the UN refugee agency offices for a week.

The foreigners, many of whom described themselves as asylum-seekers, say they no longer feel safe in South Africa after a surge of xenophobic attacks last month.

"Save lives of refugees before it is too late," said one slogan, painted in green on a white banner.

Many of the protesters have been camping at the offices of the United Nations High Commissioner for Refugees (UNHCR) in Cape Town since October 9, vowing not to leave the premises until the agency addressed their concerns.

The numbers had grown steadily over the past week, spilling out from corridors to the kerb outside the building.

"We marched to parliament for the government to hear us and to send a loud and clear message," said Sylvia Nahimana, a group representative from Burundi.

"We have been negotiating with them since 2008 but the killing still goes on."

"We aren’t safe here and we aren’t safe in Bangladesh either," said Hafeez Mohamed, a political dissident who sought refuge in South Africa's Northern Cape province, where he saw his grocery store burned down.

"They treat us like chickens and we don’t want to be chickens here anymore."

The protest broke out following a visit by the UNHCR chief.

"Preserving fair and efficient asylum systems is vital," said Filippo Grandi in a statement on Wednesday.

"But to function effectively, they must be accompanied by safe, regular migration channels and other stay arrangements."

But Grandi noted that resettlement to third countries was a "very limited option for refugees worldwide", as the number of resettlement places was dropping.

South Africa is home to 268,000 refugees and asylum seekers, according to government statistics. They are mainly from Somalia, Ethiopia, Zimbabwe and the DRC.

But the exact number of foreign nationals is unknown as majority are undocumented.