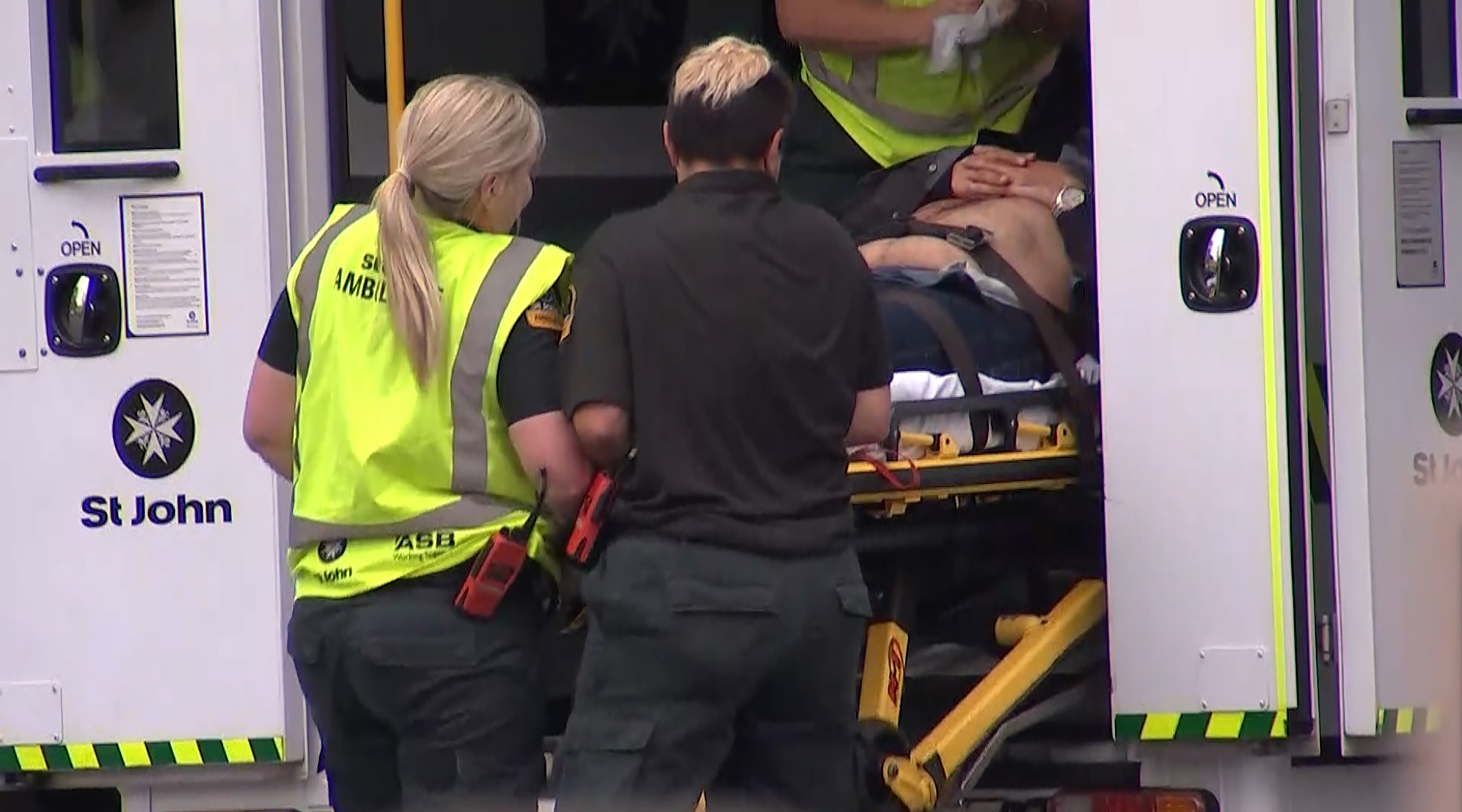 An image grab from TV New Zealand taken on March 15, 2019 shows a victim arriving at a hospital following the mosque shooting in Christchurch.

CHRISTCHURCH, New Zealand - New Zealand police said they have detained four people in connection with deadly shootings at two mosques in Christchurch on Friday and had secured a number of improvised explosive devices.

"Four are in custody, three of them are men and one is a woman," commissioner Mike Bush said, saying there were "significant" and "multiple" fatalities.

He said the suspected IEDs found attached to the attackers' vehicles had been made safe by the military.

The mosques were packed with worshippers gathering for Friday afternoon prayers, and members of the Bangladesh cricket team were arriving when the shooter opened fire.

Local media reported at least nine people were dead and the South Island city was placed in lockdown as police hunted for an "active shooter."

Police have warned worshippers not to visit mosques 'anywhere in New Zealand'.