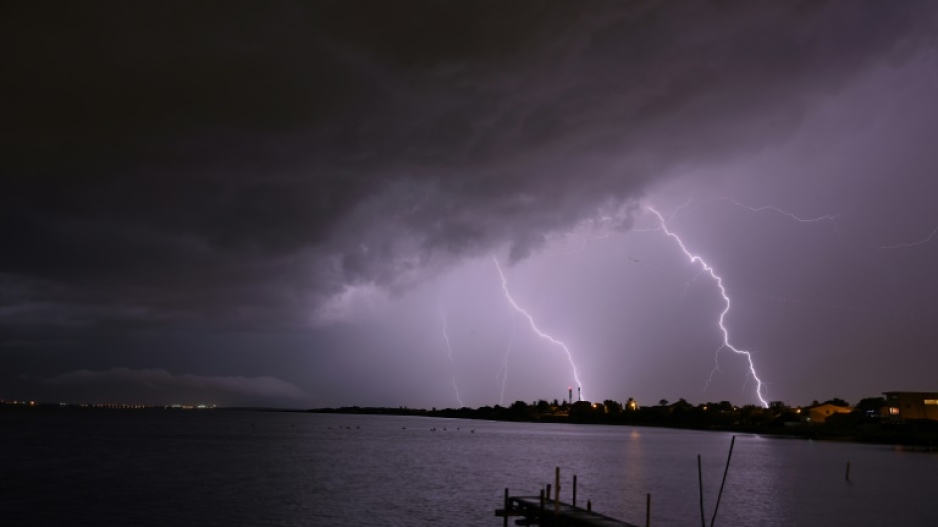 MARSEILLE - The French weather service warned Wednesday of new flash flooding risks after fierce rainstorms lashed much of the country overnight, providing a measure of relief for parched landscapes after a summer of record drought.

Alert levels were announced for 13 departments, including several along the Mediterranean coast and around the southeastern city of Lyon.

Warnings were also issued for Normandy along the English Channel in the northwest, stretching toward the border with Belgium.

Heavy storms dumped two to four centimetres (0.8-1.6 inches) of rain in less than an hour beginning Tuesday evening, with some areas reporting up to seven or nine centimetres.

But with the ground hardened by this summer's extreme heat and drought -- July was the driest month recorded in France since 1961 -- much of the rain could not be absorbed by the soil and instead overflowed into streams and roads.

No injuries were reported, but public transport was disrupted including in Paris, where videos of inundated metro stations swamped social media.

"The storms are making their way east... and can be violent with intense rain that in some places could see up to eight centimetres fall in a short amount of time," the Meteo France weather agency said.

It warned that hail and wind gusts could potentially cause tornado-like conditions.

Areas near Lyon could see hail as large as three centimetres in diameter, it said, though rainfall could be limited because the storms are moving rapidly.

Authorities urged people to postpone travel plans if possible, and to avoid waterways or trying to seek shelter under trees.

"Just 30 centimetres of water is enough to sweep away a car," the prefecture of the Var department on the French Riviera said.

The rain was nonetheless a help for firefighters who have been battling a string of wildfires across France, in particular in the southwest, with major blazes now contained after burning thousands of hectares.

The largest, near Landiras south of Bordeaux, blackened 7,400 hectares (18,300 acres) after it re-ignited this month, having already burned 14,000 hectares of land in July.