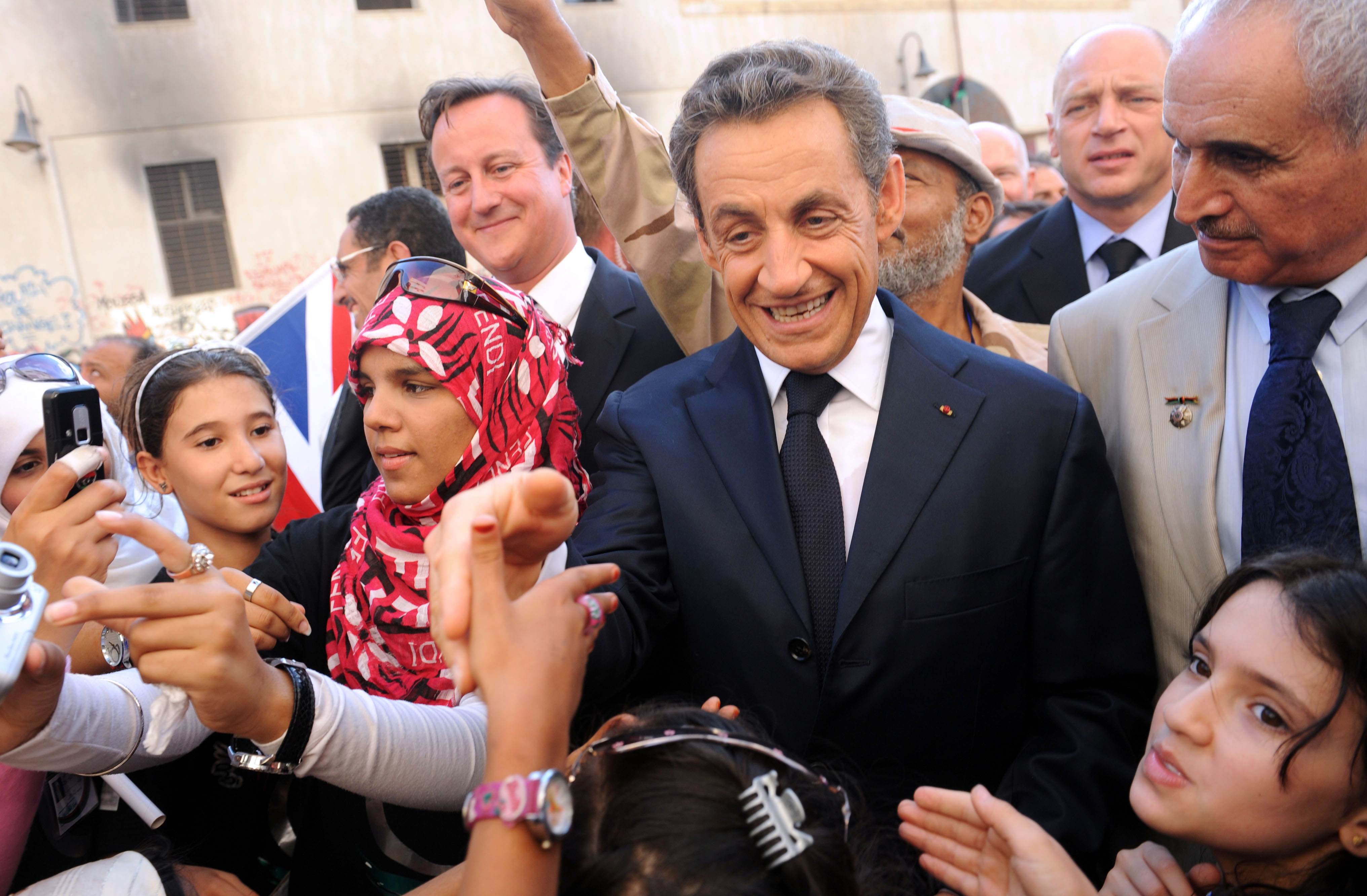 PARIS - France's former president Nicolas Sarkozy went on trial Monday on charges of corruption, becoming the first French ex-head of state to stand as an accused in the dock and risking a humiliating end to a career tainted by legal woes.

Sarkozy, who has vowed to vigorously contest the accusations of bribery, was himself present in court in Paris but did not make any statement to reporters, an AFP correspondent said.

Only one other president, Sarkozy's political mentor Jacques Chirac, has faced trial after leaving office -- but because of ill health, Chirac never appeared in court for his conviction in a fake-jobs scandal.

The bribery inquiry also saw Sarkozy become the first ex-president taken into police custody for questioning after it was launched six years ago.

He fought furiously to have the case thrown out, denouncing "a scandal that will go down in history."

"I am not a crook," the 65-year-old, whose combative style made him one of France's most popular politicians, told BFM TV this month.

Prosecutors say Sarkozy promised a judge a plush job in Monaco in exchange for inside information on a separate inquiry into claims he had accepted illicit payments from L'Oreal heiress Liliane Bettencourt during his 2007 presidential campaign.

Part of the evidence comes from wiretaps of phone conversations between Sarkozy and his longtime lawyer Thierry Herzog, authorised as part of a third probe into suspected Libyan financing of Sarkozy's 2007 campaign.

That inquiry is still going on, though Sarkozy caught a break this month when his main accuser retracted a central claim of having delivered millions of euros in cash from Libyan dictator Moamer Kadhafi.

Sarkozy and Herzog had argued the wiretaps breached client-lawyer privilege but the courts dismissed their complaints.

Charged with bribery and influence peddling, Sarkozy risks a prison sentence of up to 10 years and a fine of one million euros (R18,000).

Herzog faces the same charges and a further allegation of violating professional secrecy. The trial is expected to last until December 10.

Dressed in a business suit with a sanitary mask, Sarkozy waved to his lawyers as he entered the court.

Investigators discovered that Sarkozy used an alias -- Paul Bismuth -- to buy a phone for secret talks with his lawyer.

The pair discussed reaching out to a top French judge Gilbert Azibert, who prosecutors say was tasked with getting information trying to sway the Bettencourt inquiry in Sarkozy's favour.

In exchange, Sarkozy would use his contacts to try to secure the cushy Monaco post for Azibert, who is also on trial.

"I'll make him move up," Sarkozy told Herzog, according to prosecutors, who compared his actions to those of a "seasoned offender".

But later, Sarkozy appeared to back away from the Monaco plan -- a sign, according to prosecutors, that the two men had been tipped off about the wiretaps.

"All this is nothing more than sentence fragments taken out of context," Herzog's lawyer Paul-Albert Iweins told France Info radio on Monday, calling them "conversations between very old friends".

Sarkozy, a lawyer by training, says the judiciary have been waging a vendetta because he attempted to limit judges' powers and accused many of being too soft on delinquents.

He is due back in court in March 2021 along with 13 other people over claims of campaign finance violations during his unsuccessful 2012 re-election bid.

His long-running legal travails helped sink his comeback bid for the 2017 presidential vote, but Sarkozy has surfed on a wave of popularity since announcing his retirement from politics in 2018, pressing the flesh with enthusiastic crowds at public appearances.

Lines of fans queued over the summer to have him sign his latest memoir "The Time of Storms", which topped best-seller lists for weeks.