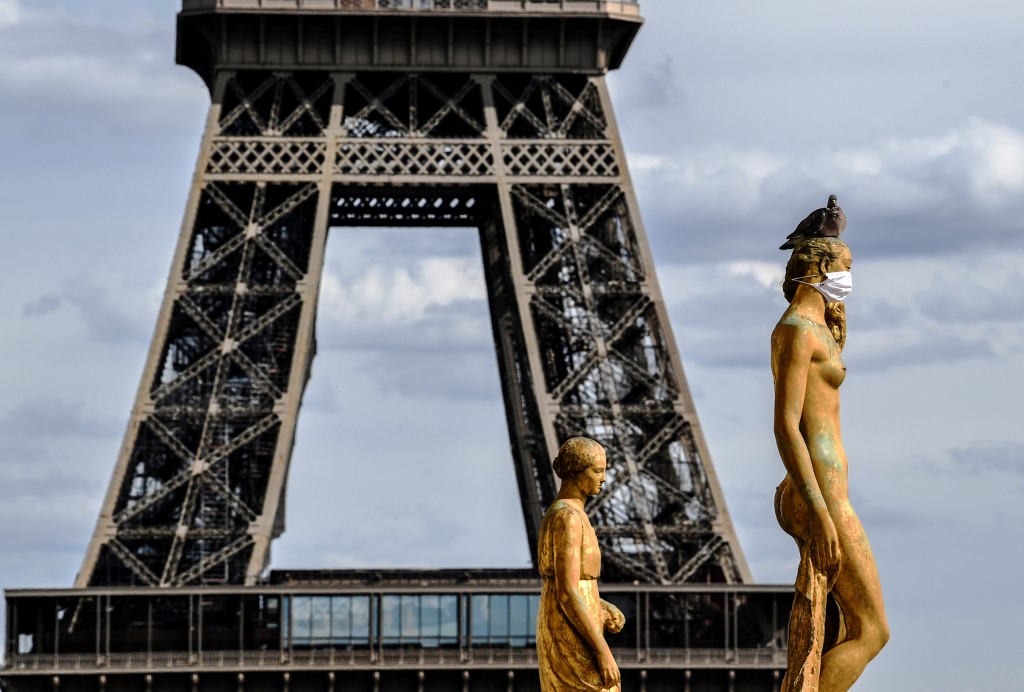 The Eiffel Tower is seen as a backdrop to bronze statues, one dressed in a mask across her nose and mouth, emmulating the ations of many citizens protecting themselves against the novel coronavirus, COVID-19, at the Parvis des Droits de l'Homme in Paris on May 2, 2020, on the 47th day of a strict lockdown in France aimed at curbing the spread of the COVID-19 pandemic.

A proposal to go before parliament from Monday says the lifting this month of the emergency, which began on 24 March, would "be premature" and "could see a risk of the outbreak" intensifying.

The bill also lays out the quarantine conditions for people coming to France from abroad.

"We are going to have to live with the virus for a while," Interior Minister Christophe Castaner said after a cabinet meeting.

"Learning to live with the virus, that's what's at stake in the coming months."

The proposals cover an "information system" for those have the virus and their entourage that would operate for up to a year.

The bill will go before the Senate on Monday and the National Assembly most probably the day after, said government spokeswoman Sibeth Ndiaye.

France is one of the European countries most impacted by the virus and lists 24,594 deaths from 167,346 confirmed cases.

The government has announced the gradual lifting of some lockdown measures from 11 May, including the re-opening of primary schools.

The bill will also cover aspects of the lifting of the lockdown, Veran said.