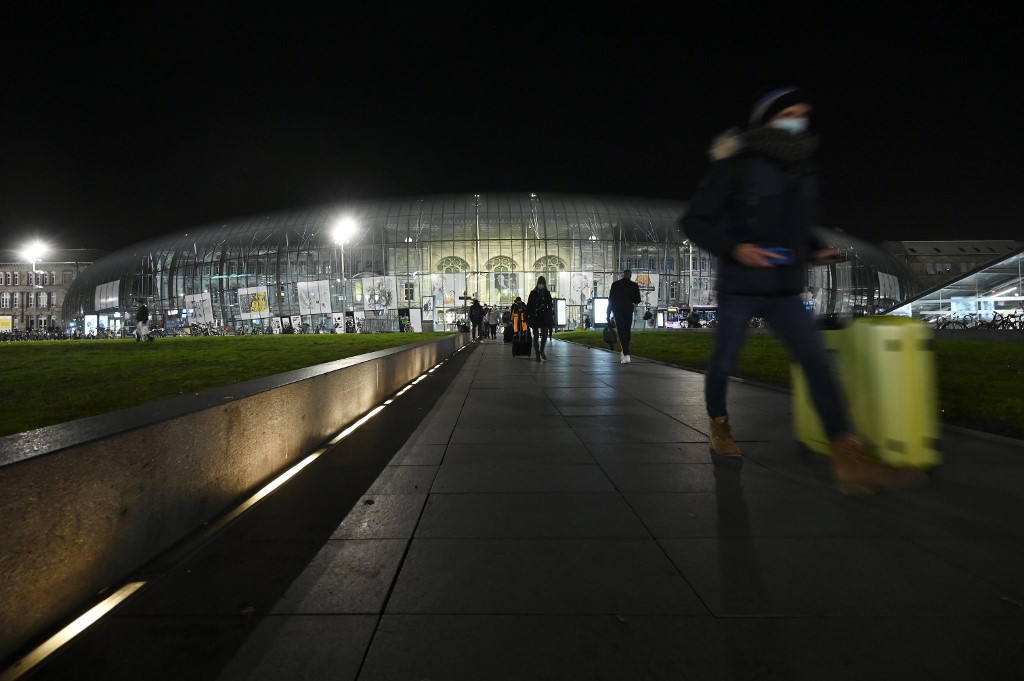 A picture taken on January 10, 2021 shows people leaving the main train station in Strasbourg, eastern France, as a new curfew is in effect at 6 pm to fight against the spread of the new coronavirus.

The measure will remain in force for at least two weeks, Castex told a news conference.

Except for emergency services, all services and shops will have to close at that time, he said.

Up to now, most of France has been under an 8 pm curfew, with some parts of the country, especially in the hard-hit east, already under the stricter 6 pm curfew that Castex said had resulted in an infection rate two or three times lower than in the rest of the country.

The nationwide curfew "will allow us to respond gradually and avoid having to taking more difficult measures.... It let's us reduce social interactions at the end of the day, without limiting essential activities during the day," Castex said.

He added that while a much-feared infection surge following the year-end holidays had not happened "thanks to your behaviour," a new lockdown could be imposed "without delay" if the health situation were to deteriorate badly.