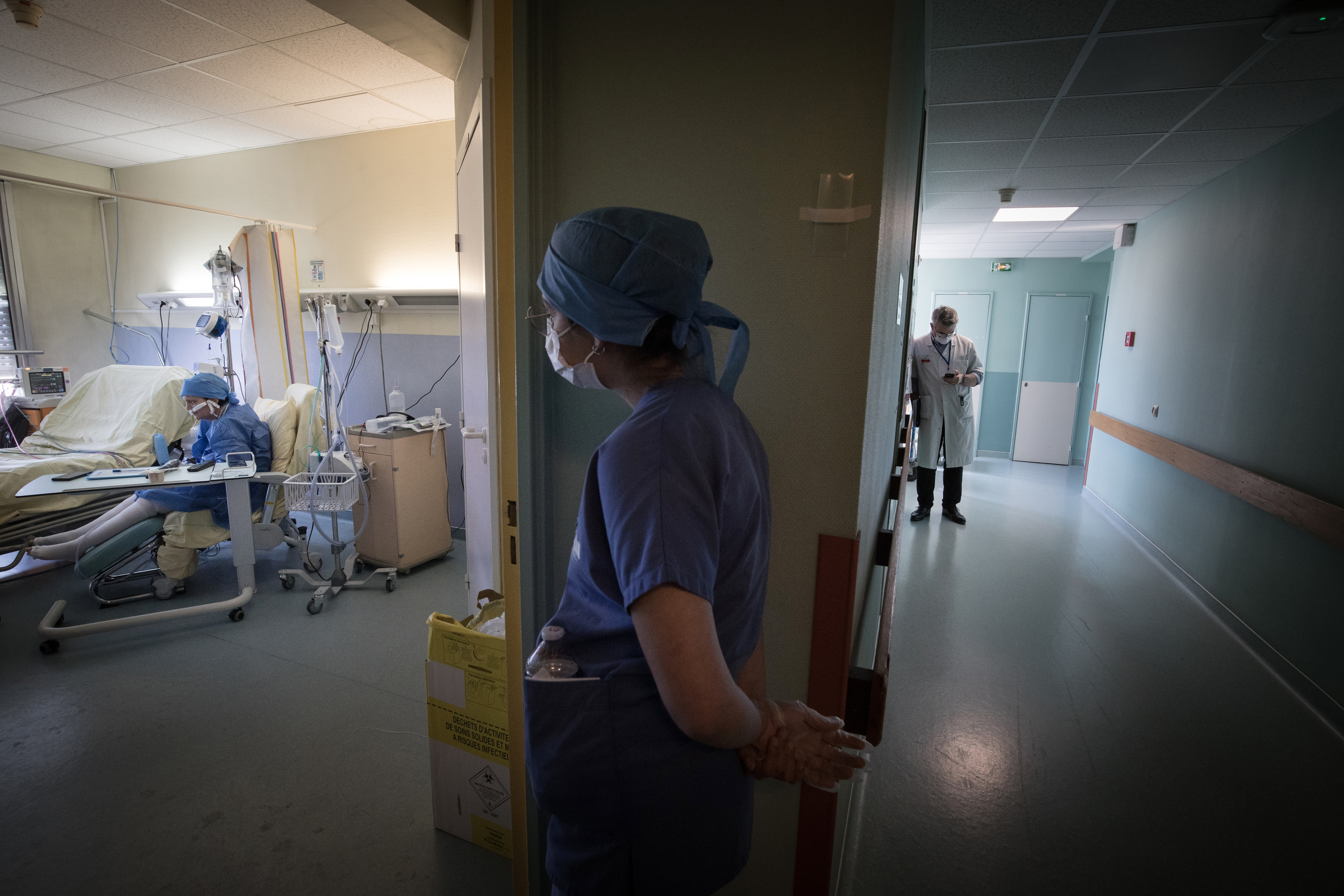 (FILES) In this file photo taken on April 28, 2020 a nurse looks at Corinne Benzekri a patient infected with COVID-19 at the Lariboisiere Hospital AP-HP (Assistance Publique - Hopitaux de Paris) in Paris, on the 42nd day of a lockdown in France aimed at curbing the spread of the COVID-19 disease, caused by the novel coronavirus. Joel Saget/AFP

PARIS - The French government admitted on Wednesday that current restrictions designed to contain the spread of coronavirus were not enough, raising the prospect of a third nationwide lockdown.

"Maintaining the current regime looks very unlikely", spokesman Gabriel Attal said after a cabinet meeting, amid concern about the spread of the more contagious UK variant of COVID-19.

A nationwide night curfew, which was introduced on January 14, is "not sufficient at this stage", Attal added, leaving the government to study new options.

President Emmanuel Macron was reported at the weekend to favour a new lockdown, but the government decided to hold off for several days to analyse the data on new infections and hospital admissions.

The president of the government's scientific advisory board, Jean-Francois Delfraissy, pleaded on Sunday for a swift decision.

"It will probably be necessary to move towards a lockdown," he said. "There is an emergency... The faster you take a decision, the more effective it is and can be of limited duration."

The government has said it aims to keep schools open even under a new lockdown, unlike in neighbouring Germany and Britain where children are at home.

France on Tuesday reported 22,000 new COVID cases in the past 24 hours, while 3,071 people are in intensive care in hospital, up nine percent over a week, according to the Covidtracker.fr website.

A total of 74,106 people have died in France, health ministry data showed on Tuesday, including 352 in the previous 24 hours.