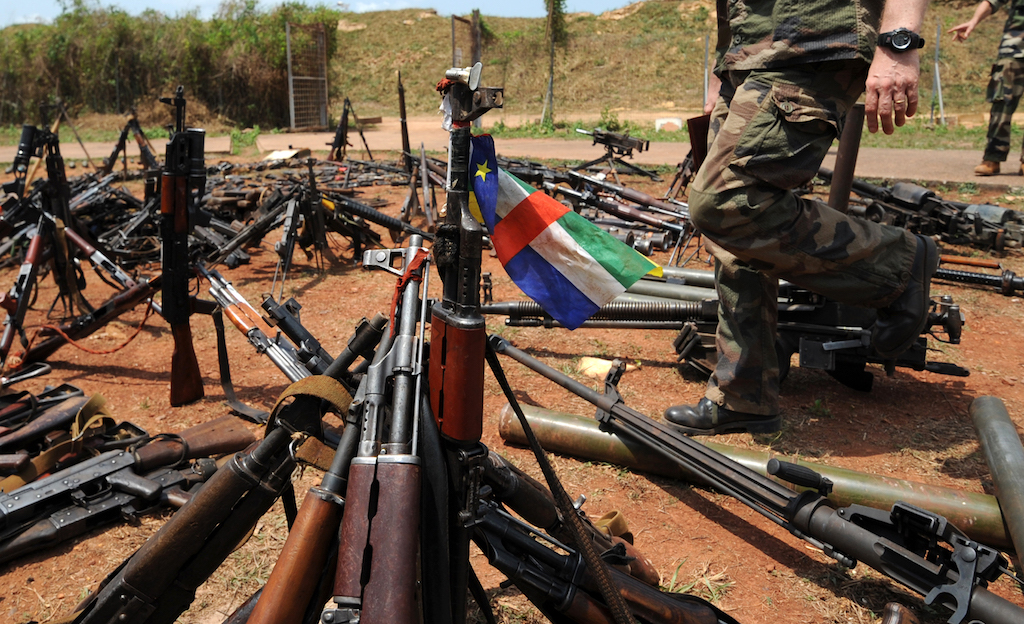 A Central African flag placed on a gun, among other arms confiscated from ex-Seleka rebels and Anti-balaka militia by the French military of operation Sangaris at a French military base in Bangui.

Bagale, who served in the presidential guard and then as head of the anti-Balaka militia, was also indicted for "acts of torture" and for "criminal association for the preparation of a war crime" for acts committed between 2007 and 2014, PNAT said in a statement.

Bagale was taken into custody in Besancon on Tuesday by the Central Office for the Fight against Crimes Against Humanity, Genocides and War Crimes (OCLCHGCG).

Bagale was one of the "Liberators", the name given to the guards of Bozize who brought him to power in 2003 by overthrowing president Ange-Felix Patasse.

A member of the Gbaya ethnic group, like Bozize, Bagale then became a senior figure within the Christian anti-Balaka militia set up to fight the mainly Muslim rival armed group, the Seleka, that ousted Bozize from power in 2013.

The fighting between the two sides, and the numerous massacres perpetrated by them, plunged the CAR, one of the poorest countries in Africa, into the third civil war in its history.