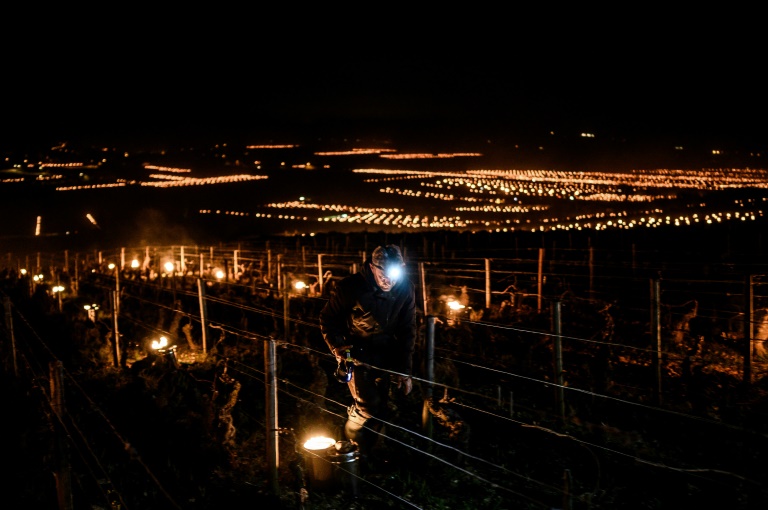 PARIS - French wine and fruit growers were hit by the coldest April day since 1947 overnight Sunday and early Monday, the second straight year they have suffered freak spring weather.

Growers burned candles, sprayed water and used wind turbines in efforts to protect their crops as temperatures fell below the freezing point, with a record minus 9.3C in Mourmelon in the Marne department east of Paris.

Temperatures rose on Monday, according to Meteo France forecaster Patrick Galois, but he warned that freezing weather would still occur between the southwest and central France.

The agriculture ministry said it was "too early" to draw conclusions about the damage. 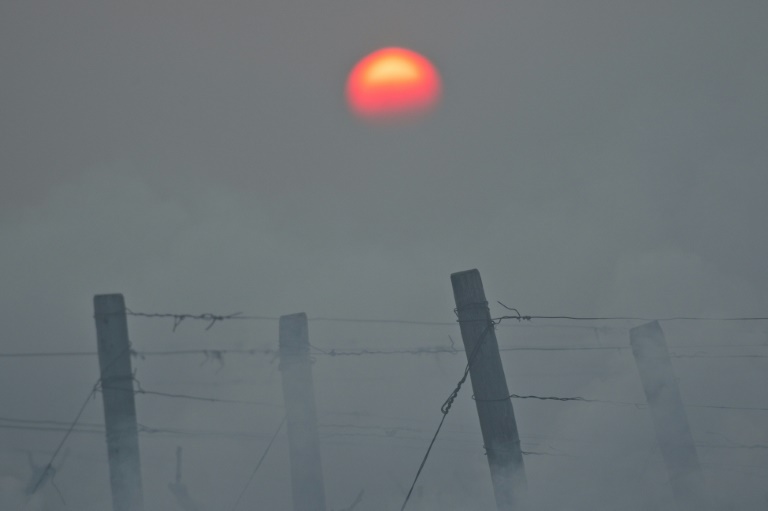 "The damage is only visible after a few days," it said.

Fruit trees are more vulnerable than vineyards this year, the ministry said.

In the Tarn-et-Garonne department in the southwest, Damien Garrigues sprayed his apple trees to cover buds in ice in a bid to protect them from even lower temperatures.

In Agen in the neighbouring Lot-et-Garonne department, "big losses" are expected for plum growers but not as bad as last year, when "100 percent" were ruined by the cold snap, said Remy Muller, an adviser at the department's chamber of agriculture.

A wind turbine was used in Eric Chadourne's vineyard in Bergerac, also in the southwest, in a bit to limit the damage. 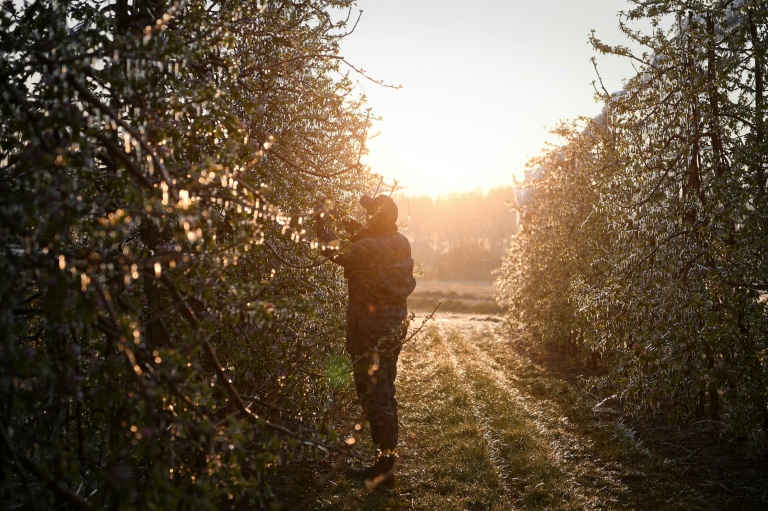 A cold snap in April last year cut the harvest of apricots, cherries and pears by half compared to previous years, according to official statistics.

Wine production also fell to a historically low level, down 19 percent on an annual basis.

Prime Minister Jean Castex said money from an emergency fund may be released if necessary to help producers.