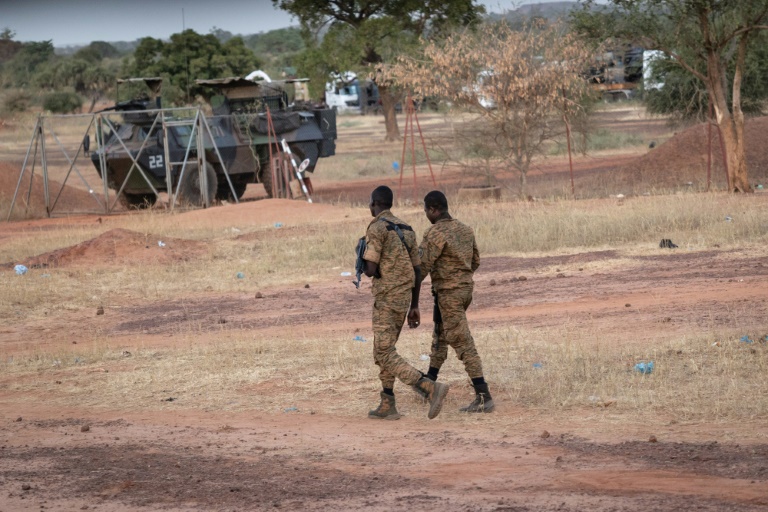 Burkinabe troops patrol near a French armoured vehicle at Kaya, where the convoy encountered a large protest last Friday

OUAGADOUGOU - A French military convoy heading for Mali remained blocked in Burkina Faso on Thursday after being hampered by protests.

The convoy, comprising several dozen vehicles, is heading for a French base in Gao in the violence-torn centre of Mali.

It first has to transit through Burkina Faso, which lies to the south, and then through Niger, to the east.

After entering Burkina's territory from Ivory Coast last week, the convoy was slowed by protesters at Bobo Dioulasso, the country's second largest city, and then at Ouagadougou, the capital.

On Friday, the biggest demonstration occurred at Kaya, about 100 kilometres (60 miles) north of Ouagadougou.

Thousands of protesters, some carrying placards reading "French army, leave" and "free the Sahel" and singing the Burkinabe national anthem, forced the convoy to hole up on a site near the town.

The convoy on Thursday was stationed in a military area about 30 kilometres (18 miles) northeast of Ouagadougou, pending the outcome of talks to let the trucks leave for Niger, the next country in the trek.

The protests are being organised by a group called the Coalition of the African Patriots of Burkina Faso, or COPA BF.

"In spite of the (security) accords signed with France, we continue to have more fatalities and our country is still under-equipped," said its spokesman, Roland Baya.

France has deployed more than 5,000 troops in the Sahel, backed by planes and drones, to shore up Mali, Niger and Burkina Faso against jihadists who launched a bloody insurgency more than nine years ago.

But false rumours proliferating on social media -- which were also recounted by several protesters -- claimed the convoy was in fact carrying weapons for the jihadists.

Foreign Minister Alpha Barry on Wednesday hit out at the rumours, saying it was "unimaginable that our army would escort a convoy to bring (weapons) to the terrorists." 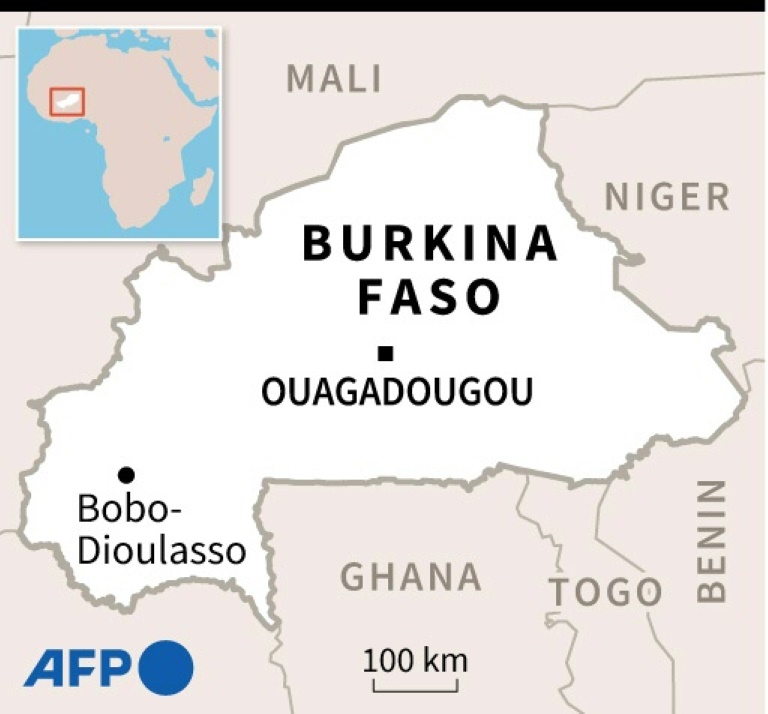 He added that he hoped negotiations with the protest organisers to defuse the situation would "swiftly wind up."

Barry said that France and Burkina, which as Upper Volta was a French colony until independence in 1960, had "historic relations."

"People shouldn't be targeting the wrong enemy -- France has always been at our side when we asked for its help," Barry said.

The French army had helped bring Burkinabe troops to remote places threatened by jihadists, he said.

They helped in this way after an attack on November 14 on a gendarmerie base in Inata, northern Burkina Faso, that claimed 57 lives, he revealed.

Burkina Faso is one of the poorest countries in the world.

Its armed forces are ill-equipped against the jihadists, who are adept at planting roadside bombs and carrying out ambushes and hit-and-run raids on motorbikes.

Anger at the security crisis has spilled over into the political arena, where thousands have demonstrated against President Roch Marc Christian Kabore.