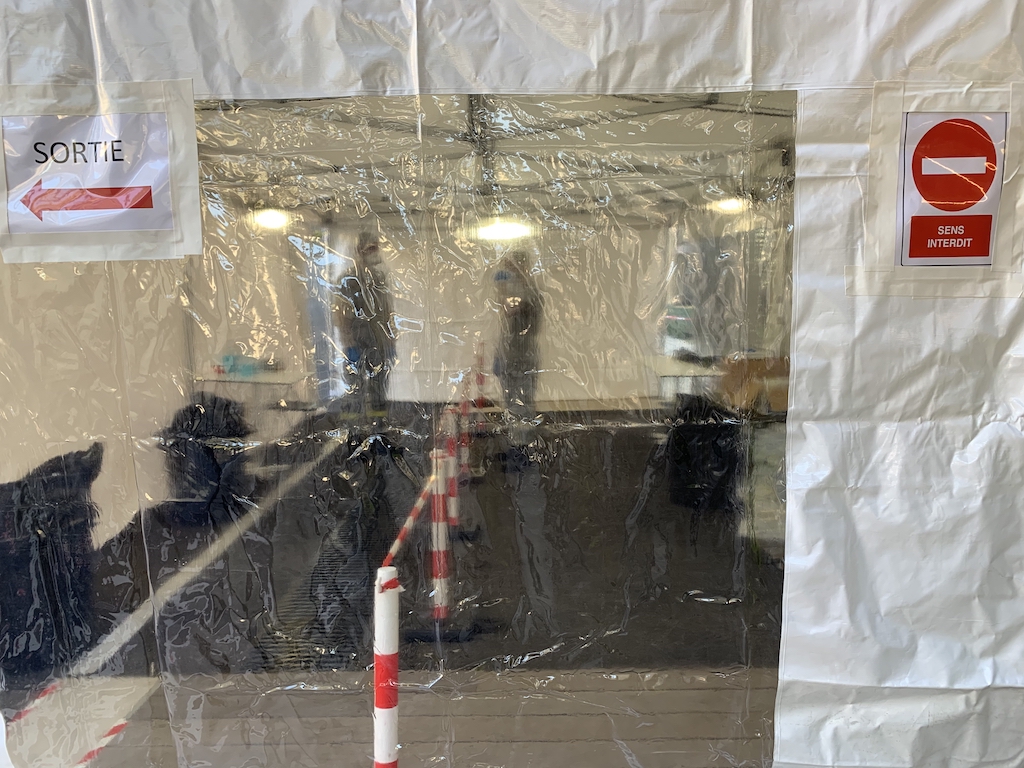 File: Officials are hoping to get ahead of the flare-up before hospitals are overwhelmed, but critics accuse the government of taking arbitrary measures that will take a huge economic toll.

MARSEILLE, France - Hundreds of restaurant and bar owners protested in the southern French city of Marseille on Friday against new shutdown orders to curb a surge in COVID-19 cases, warning the move could force them to close permanently.

Health Minister Olivier Veran announced the closures for Marseille and the surrounding region this week after contagion rates jumped, while bars in Paris and 10 other cities will have to shut by 10:00 pm starting Monday.

Officials are hoping to get ahead of the flare-up before hospitals are overwhelmed, but critics accuse the government of taking arbitrary measures that will take a huge economic toll.

"This is the last straw -- We were starting to get back on our feet," said Patrick Labourrasse, a restaurant owner in nearby Aix-en-Provence which is also affected by the order.

The demonstration took place outside the commercial courthouse, "because this is where we'll probably come to declare bankruptcy," said Bernard Marty, president of the regional hospitality association.

The regional UPE 13 employers' federation denounced a "new economic lockdown" and called for a 10-day moratorium on the Marseille closures, to give social distancing and other measures a chance to work.

Otherwise, the shutdowns "will seriously endanger the economy and jobs across the territory," it said in a statement Friday.

Some 50 local lawmakers signed an open letter Thursday accusing the central government of a "fundamental strategic mistake -- you are worsening the economic crisis and creating a social crisis, without doing anything to halt the health crisis."

But Prime Minister Jean Castex defended the new restrictions, promising financial aid for affected businesses while warning that "it's a race against the clock" in Marseille.

"What I don't want is that we go back to March," when a two-month nationwide lockdown sent the economy into a tailspin as COVID-19 deaths soared, Castex said in a prime-time interview Thursday.

The national health agency reported Thursday a record of nearly 16,100 new cases in the past 24 hours, with 52 coronavirus deaths in hospital.