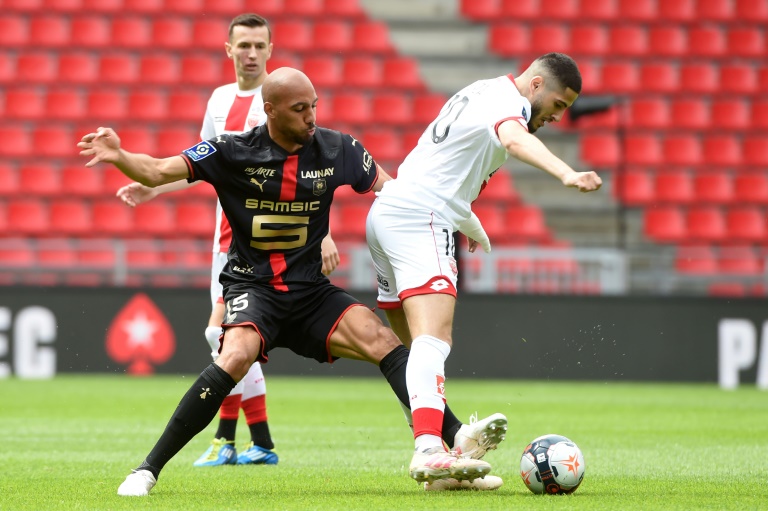 Nzonzi, 32, who came on as a substitute in France's 2018 World Cup final win over Croatia, joins a long list of prominent internationals to move to the resource-rich Gulf emirate including Xavi and James Rodriguez.

"I'm very happy to be here alongside players who have had distinguished careers in Europe," Nzonzi said.

"I'm pleased for me... to have the opportunity to learn in a different setting."

Local media reported Nzonzi, who most recently played on loan for French top-flight side Rennes, had signed on for two years for an undisclosed amount.

Last week Colombian midfielder James Rodriguez, 30, left Everton to join Al-Rayyan for an undisclosed amount after falling out of favour at the Premier League club.

Nzonzi, capped 20 times by France, will be united with his countryman and Al-Rayyan coach Blanc who previously managed Paris Saint-Germain which is now under Qatari ownership.

He said he has watched the storied Frenchman's triumphs on television as a youngster and called it "logical" to want to join a team under Blanc.

"I will give everything for the team. The main reason for (being here) is to discover something different," said Nzonzi before holding up a blood red Al-Rayyan jersey emblazoned with the number 88.

Nzonzi has also played for English sides Blackburn Rovers and Stoke City as well as Sevilla and Roma.

"All good players are welcome at Al-Rayyan -- Qatari or from abroad.

"(Nzonzi's) arrival in our team will have a positive impact. I am convinced that the results will improve."

Al-Rayyan, who have been Qatari champions eight times, are currently eighth in the league out of 12, with just three points from four matches.

The team plays in the Ahmed bin Ali stadium west of the city centre which will host matches at the 2022 World Cup.

The transfer window for Qatar's top-flight remains open until September 30.