Friends, foes and fractures: Ethiopia in the Horn of Africa 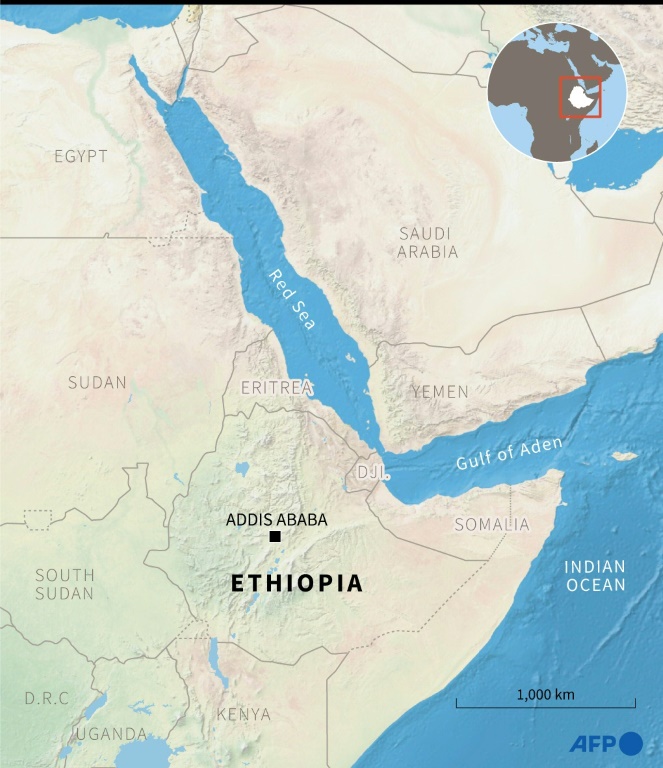 ADDIS ABABA - Ethiopia has projected power in the Horn of Africa for centuries, remaining fiercely independent as the rest of the region fell to colonial rule, and warring with neighbours to defend its vast realm.

Diplomacy can be fraught in this turbulent corner of Africa, as friends turn foes and competition stokes conflict. Here are some of Ethiopia's key relationships:

Part of Ethiopia until breaking away in 1993 following a decades-long war of independence, Eritrea has a tortured and bloody history with its much larger neighbour to the south.

They fought another war in 1998 that left 80,000 dead before sinking into a stalemate. For nearly 20 years, they remained bitter enemies separated by UN peacekeepers.

But the rapprochement hasn't spelt peace in the Horn.

In late 2020, after Abiy sent troops into Tigray to unseat the northern region's ruling party, Eritrea's forces crossed the border to back Ethiopia.

Seven months on they have not left. Their continued presence -- and implication in atrocities -- has drawn global censure.

Analysts say it isn't clear the Eritreans could be made to leave even if Ethiopia wanted them to.

"What is Eritrea's end game in Ethiopia? This is a question that I doubt even Abiy can honestly answer," said Namhla Matshanda, a lecturer at the University of the Western Cape who specialises in the Horn of Africa.

The Tigray conflict has also dragged in Sudan at a time of great strain between two of the Horn's rival powers.

Tens of thousands of refugees from Tigray have streamed westward into Sudan.

An early offer by Sudanese Prime Minister Abdalla Hamdok, chair of the regional body IGAD, to mediate a ceasefire in Tigray was rejected outright by Abiy, damaging trust between the leaders.

The fallout comes as Sudanese and Ethiopian forces remilitarise a strip of contested farmland at their border, stoking fears of broader conflict, and Egypt draws Sudan closer in its militant opposition to the Grand Ethiopian Renaissance Dam (GERD).

Abiy says his country does not need war with Sudan -- a prospect not ruled out by observers.

Arguably the single greatest flashpoint in the wider Horn region is the GERD, and nobody opposes Ethiopia's colossal dam on a tributary of the Nile more vehemently than Egypt.

Ethiopia says its hydropower mega-project is a sovereign right, and will power millions of homes. But Cairo says diverting water to fill the dam will choke off its own supply downstream, posing a threat to the very survival of Egypt.

The row has stirred nationalist fervour across the Horn, with tensions only escalating in the decade since Ethiopia broke ground on the project.

Years of foreign-backed negotiations between Ethiopia, Egypt and Sudan have failed to break the deadlock.

Cairo has tried to enlist Ethiopia's neighbours as allies in the cause, signing defence pacts with Kenya and Uganda and paying high-level visits to Djibouti. Last month, Egypt and Sudan held joint military exercises codenamed "Guardians of the Nile".

Ethiopia and Somalia's territorial feuds date back more than half a century. They went to war twice over Ogaden, a vast and arid Somali-speaking region in Ethiopia's far east, with Somalia invading in the 1970s in an effort to take it by force.

In more recent times, Somalia's internal crises -- from civil war and state collapse in the 1990s, famine, an armed insurgency by Al-Shabaab militants, and cyclical political turmoil -- have kept its focus inward.

Ethiopia sent troops into Somalia in 2011 to confront Al-Shabaab, fearful the chaos could spread. In 2018, Abiy signed a three-way pact with the leaders of Eritrea and Somalia to better coordinate on regional security.

But the Tigray conflict saw Ethiopia withdraw some units from Somalia to fight back home, risking further insecurity in the Horn's most fragile state, analysts say.

Abiy's refusal to negotiate a ceasefire to a brutal war, characterised by possible ethnic cleansing and a looming famine, has marred the Nobel laureate's global standing as a peacemaker.

The United States has targeted Ethiopia with visa restrictions and aid cuts, a fall from grace for a country recently feted by world leaders for its democratic reforms.

The sanctions and global condemnation have only hardened resolve in Addis Ababa, where the government has organised huge public rallies to rail against perceived foreign interference in its affairs.