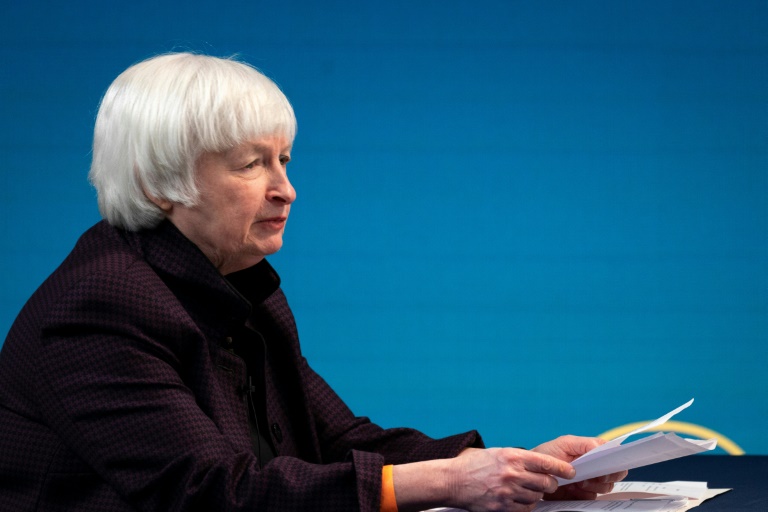 MILAN - G20 finance ministers and central bankers will gather for a video conference led by Italy Friday, hoping to align plans for relaunching the global economy after the coronavirus pandemic and to limit harm to the worst-off nations shut out of the race for vaccines.

Beginning at 12:30 pm local time (1130 GMT), the meeting is the first in post for US President Joe Biden's new Treasury Secretary Janet Yellen, expected to be far less confrontational than Donald Trump's representatives at past gatherings.

"With the new American administration, it will certainly be easier to reach a deal" for increased aid to poorer nations, international economy professor Lucia Tajoli of Milan's Polytechnic business school said.

Bu while "Joe Biden's approach to international cooperation is much more open... it won't be easy to gather funds given the economic crisis hitting many countries," she added.

"Without access to vaccines, low-income countries in particular will experience further tragic loss of life and needlessly delay their economic recoveries," Yellen wrote in an open letter to G20 finance counterparts.

Several G20 countries have already suggested the move, after the financial instruments -- which can be exchanged for US dollars, euros, Chinese renminbi, Japanese yen or British pounds -- proved their worth as crisis firefighting tools in 2009.

Financial crisis-era SDR allocations amounted to around half the $500 billion now under discussion.

Last year, the rich country club also agreed a pause in debt interest payments for the poorest countries, extending it until June 30 this year.

And in November the G20 finance ministers agreed a framework for reducing debt burdens.

So far Chad, Zambia and Ethiopia have asked for their debt to be restructured.

"Debt alleviation, which had been swept under the rug, is now on the agenda and we can certainly expect a step forward," said Federico Niglia, an international relations professor at Rome's Luiss university.

So far just 46 of the 73 eligible countries have delayed debt interest payments worth a total of $5.7 billion.

The debt question deals with minuscule amounts compared with the $14 trillion mobilised by G20 countries to reboot their own pandemic-hit economies.

IMF chief Kristalina Georgieva on Wednesday warned that "the prospects for recovery are diverging dangerously across countries and regions", mainly due to "a slow rollout of vaccines" in most of the world.

The global body has forecast a 5.5 percent rebound in worldwide GDP this year, followed by 4.2 percent growth in 2022.

But "it is going to be a long and uncertain ascent", Georgieva said.

The G20 gathering will also turn its gaze onto international finance, as although markets have proved resilient through the health crisis, borrowing costs have risen sharply since early February.

One factor is Biden's planned $1.9 trillion stimulus programme for the US economy.

Luiss professor Niglia noted that investors fear that "an uncontrolled rebound in the global economy could trigger a surge in inflation".