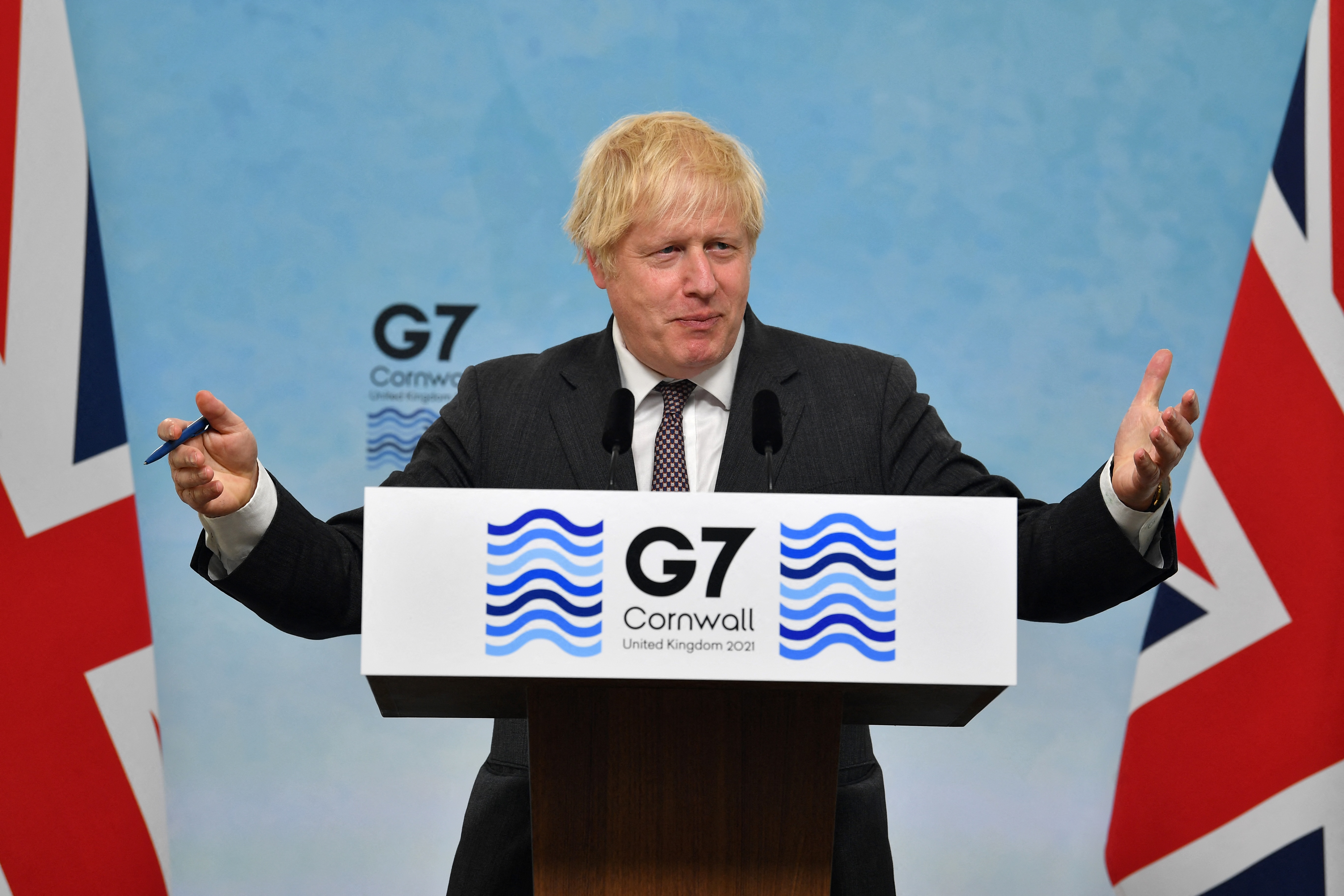 CORNWALL, UK - G7 leaders on Sunday vowed to start delivering one billion doses of Covid vaccines and to step up action on climate change, in a summit call to arms by a revived democratic alliance that also confronted China and Russia.

In a final communique issued at their first physical summit in nearly two years, the leaders of the elite club largely hewed to US President Joe Biden's push to regain the West's cohesion after the tumultuous era of his predecessor Donald Trump.

"We will harness the power of democracy, freedom, equality, the rule of law and respect for human rights to answer the biggest questions and overcome the greatest challenges," the leaders said.

But the pledge on vaccines for poorer nations fell drastically short of the 11 billion doses that campaigners say are needed to end a pandemic that has claimed nearly four million lives and wrecked economies around the globe.

"I'm afraid there will be smiles (at the G7) but they are not solutions," former British prime minister Gordon Brown told Sky News, calling the summit "an unforgivable moral failure".

"Millions of people will go unvaccinated and thousands of people I'm afraid will die," said Brown, who helped coordinate international responses to the world's last major economic shock in 2008.

READ: Ramaphosa calls on G7 nations to pay up

Likewise, the G7's pledges to deliver more aid for countries at the sharp end of climate change, and to phase out fossil fuel investments, were decried as too little, too late ahead of a UN summit in November.

"The G7 have failed to set us up for a successful COP26 as trust is sorely lacking between rich and developing countries," said Greenpeace International executive director Jennifer Morgan.

"We need authentic leadership and that means treating the pandemic and the climate crisis for what they are: an interconnected inequality emergency," she said.

"There is a direct relationship between reducing emissions, restoring nature, creating jobs and ensuring long-term economic growth," he said.

Johnson also touted a G7 pledge to get 40 million more girls into schools over the next five years, as part of the post-pandemic reconstruction.

A White House official agreed the three-day gathering in Cornwall, southwest England, had been an "unusually substantive and productive G7".

India and South Africa, who took part in the G7 talks as guests, had pressed for the gathering to waive intellectual property rights on Western vaccines. But Britain and Germany were notable holdouts on that.

Campaigners also complained the G7 had failed to flesh out how it will pay for a newly agreed "Nature Compact" -- to protect 30 percent of the world's land and oceans from despoliation by 2030.

The leaders committed to nearly halve their carbon emissions by 2030, relative to 2010, and to phase out the use of "unabated coal" -- fuel whose emissions have not gone through any filtering -- "as soon as possible".

They vowed to end most government support for the fossil fuel sector overseas, and to phase out petrol and diesel cars.

The G7 had sharp words for Beijing and Moscow, in the buildup to a NATO summit in Brussels on Monday and Biden's first sit-down with Russian President Vladimir Putin in Switzerland on Wednesday.

They demanded China end abuses including forced labour in Xinjiang, where activists say up to one million people from Uyghur and other Muslim minorities are interned in camps, and in Hong Kong.

And they pressed China to let experts from the World Health Organization (WHO) investigate further how Covid-19 first emerged, amid suspicions that the coronavirus may have escaped from a Chinese laboratory.

The allies adopted a US initiative to counter China in infrastructure funding for poorer nations, promising to "collectively catalyse" hundreds of billions of investment.

The "Build Back Better World" (B3W) project is aimed squarely at competing with Beijing's trillion-dollar Belt and Road infrastructure initiative, which has been widely criticised for saddling small countries with unmanageable debt.

And the G7 demanded that Russia "credibly explain" the use of chemical agents on its soil, end its "systematic crackdown" on opposition groups and media, and "hold to account" criminals waging ransomware attacks.

A lingering row between Britain and the European Union over post-Brexit trading arrangements in Northern Ireland hung over the talks.

But London sought to bring all sides together using the "soft power" diplomacy of Queen Elizabeth II and her heir Prince Charles, at a Friday night reception for leaders and EU chiefs.