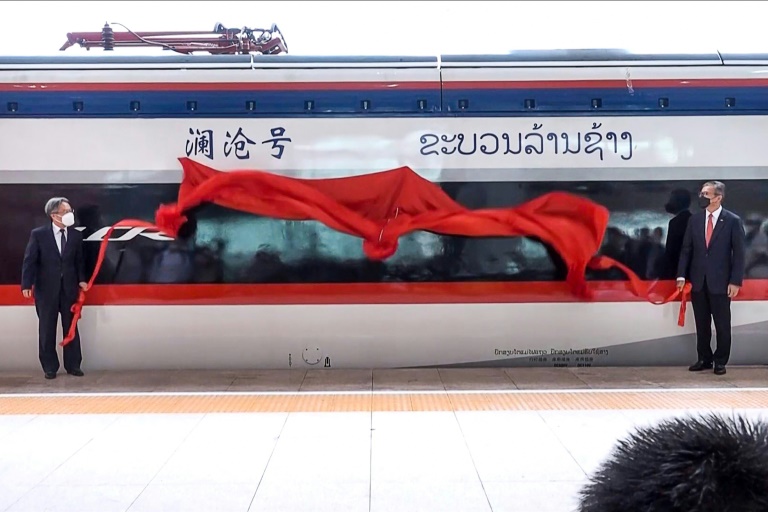 The train will connect the Chinese city of Kunming to the Laotian capital Vientiane. AFP/STR

BANGKOK - A sleek red, blue and white bullet train departed a new Vientiane station on Friday signalling the opening of Laos' $6-billion Chinese-built railway -- a project tangled in debt and high hopes of an economic boost.

"I am proud that the dreams of Lao people have come true," he said at the opening ceremony Friday afternoon.

The railway will connect the Chinese city of Kunming to the Laotian capital Vientiane, with grand plans for high-speed rail to ultimately snake down through Thailand and Malaysia to Singapore.

Analysts have acknowledged a potential economic lift, but have asked how infrastructure-poor Laos will pay its $1.06-billion debt liability and whether it is ready to exploit the state-of-the-art transport system.

The Laos government also took out a $480-million loan from the Export-Import Bank of China to cover two-thirds of its equity stake, bringing its total share of debt to $1.54-billion.

Laos, a communist-run country of 7.2 million people, previously had only four kilometres of railway tracks.

The trains will speed along the new line at up to 160km/h, passing through 75 tunnels and across 167 bridges, stopping at 10 passenger stations.

Passenger services are expected to begin on Saturday, state media reported, although only for those fully vaccinated against Covid.