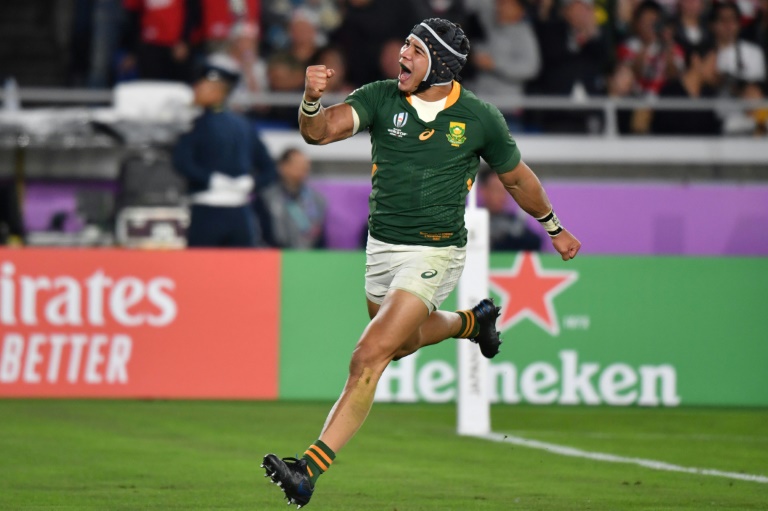 PARIS - More than most people, South Africa winger Cheslin Kolbe, now the toast of Toulouse, is used to avoiding trouble.

On the field he is best known for using his quick feet to find a handkerchief of space before accelerating away to score but off the field, as a kid, the Rugby World Cup winner needed that speed to stay out of harm's way.

The 5ft 7in (170cm) winger was brought up in Kraafontein, a northern suburb of Cape Town which also produced 2016 400m Olympic gold medallist Wayde van Niekerk, who just happens to be his cousin.

"You have to grow up just playing in the streets and all of a sudden all you hear is gunshots, gang members fighting each other. That was the norm, each and every day," the 27-year-old told AFP this week.

"After a while you get used to the way things happen around you. It's scary to notice what I was faced with from a young age.

"It was a rough upbringing but I definitely wouldn't want it any other way," he added.

Kolbe said the coronavirus pandemic has worsened the situation at home considerably.

South Africa has officially recorded more than 1.5 million cases of Covid, of which over 54,000 have been fatal.

"The feedback I get from friends is that it's 10 times worse than what it was since we grew up," Kolbe said.

"People are vulnerable with Covid, losing their jobs, becoming more desperate to get food on the table so they do whatever it takes.

"They will steal something from you, that they can sell for money, or to get food or to buy drugs to keep themselves going," he added.

Kolbe's father, Andrew, played local rugby in the town, which gave the young Cheslin a role model and a routine.

"It gave me the opportunity to go to training with him during the week and on weekends I would go and watch him. I always kept myself busy with wherever my Dad was," he said. 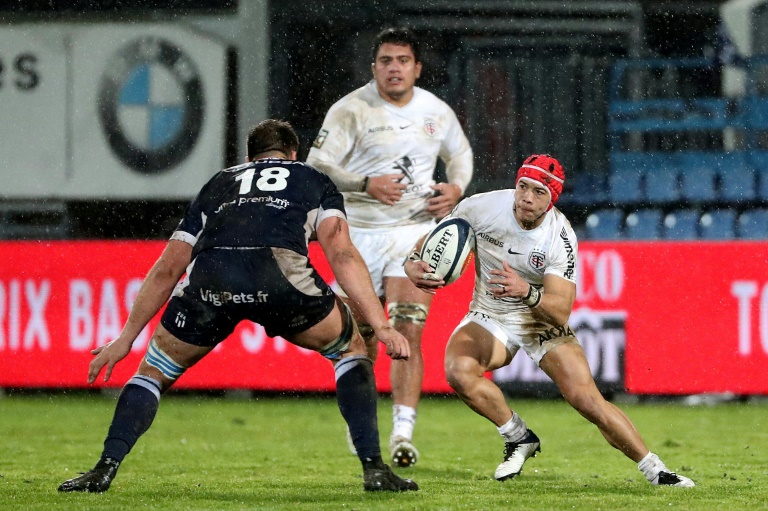 "I would follow him around. It kept me on the right path by not making silly or decision that I would have regretted," he added.

Kolbe senior's rugby hopes were stymied by the apartheid system which only came to an end with the election of Nelson Mandela as president in April 1994, six months after Cheslin was born.

"My Dad has always not wanted to feed me with what happened in the past and keeps me looking ahead and wanting the best for me," the 14-time Springbok said.

"I wouldn't say I was faced with a lot of racism at a young age. But I definitely got the other side, I was always criticised for not being the biggest player on the field," he added.

READ: Kolbe out for three weeks with hip injury

Kolbe's path to wearing the Green and Gold of his country in 2018 took him to the Rio Olympics two years earlier when South Africa won the Sevens bronze medal.

But it also landed him criticism by former players and coaches, such as Nick Mallet, who wanted him to move to play scrum-half.

"I’m really tired of the comments about my size. I have friends who sent me screenshots of people still saying I'm too small, that I'm not the best," he said.

"I'm a firm believer that this game is meant for each and every human being, no matter how big or small you are.

"I'm still working on it to stay on top of my game because people look for the one mistake. They'll wait for me to miss a tackle to get on the wagon," he added.

This weekend, Kolbe's French club Toulouse travel to Toulon ahead of a busy few months for club and country.

Including the busy domestic run-in, he is set to feature in his first Champions Cup final on May 22 before the Springboks host the British and Irish Lions.

"I still want to achieve a lot of things with Toulouse. Another Top 14 and a European Cup. That's a big one, with us in the final," he said.

"If we can top that off it would have been a good ride for these past four years and hopefully that can continue."