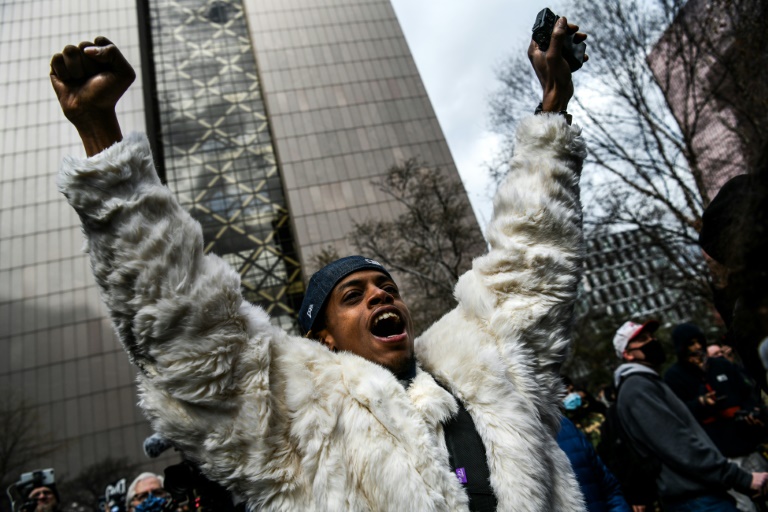 MINNEAPOLIS - The conviction of a white officer for George Floyd's murder raised hopes Wednesday in the black community of a historic turning point in US justice, but the police killing of another African American cast doubt on prospects for change.

Derek Chauvin, led away from a Minneapolis courtroom in handcuffs Tuesday after being found guilty of all charges, faces up to 40 years in prison for killing Floyd by pressing his knee on the unarmed man's neck for more than nine minutes.

The horrific crime was recorded by a bystander whose video went viral, triggering mass protests across the United States and the world and prompting a national reckoning on racial injustice and police brutality.

But just as many Americans were expressing relief that a rogue officer was held accountable -- and as President Joe Biden said the conviction could mark "a giant step forward in the march towards justice in America" -- another tragedy involving police use of lethal force emerged.

Late Tuesday authorities in Ohio released body camera footage of an officer fatally shooting a 16-year-old Black girl, identified as Ma'Khia Bryant, who appeared to be threatening another person with a knife.

"As we breathed a collective sigh of relief today, a community in Columbus felt the sting of another police shooting," the Floyd family's lawyer, Ben Crump, tweeted Tuesday.

While the Chauvin trial progressed in Minneapolis, the Midwestern city was rocked by the death of 20-year-old African American Daunte Wright, shot by a white police officer who used her firearm instead of her Taser.

The killing of Floyd as he lay face down and handcuffed on the ground saying repeatedly "I can't breathe" has prompted some police reforms, but critics including Biden say much more must be done.

On Wednesday US Attorney General Merrick Garland announced a civil investigation to determine whether the Minneapolis Police Department "engages in a pattern or practice of unconstitutional or unlawful policing" and systematically uses excessive force, including during legal protests.

Democrats in Congress are keen to pass what they say are long-overdue reforms, but they face opposition in the Senate, where Republicans hold half the seats. 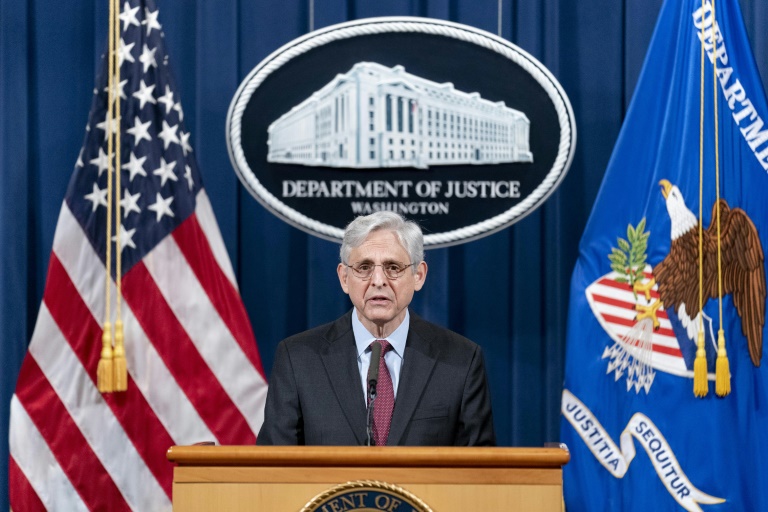 The George Floyd Justice in Policing Act -- a sweeping package that bans choke holds, combats racial profiling and restricts officer immunity that shields police from civil lawsuits -- passed the House of Representatives, with a vote from just one Republican.

Passage in the Senate would require backing from 10 Republicans. None have signed on, although Biden says he will push for the bill's passage.

George Floyd's brother Rodney said Black people in America have been victims of deadly injustice at the hands of the authorities for hundreds of years.

"We needed a victory in this case, it's very important, and we got it. And hey, we might actually breathe a little bit better now," he told AFP. 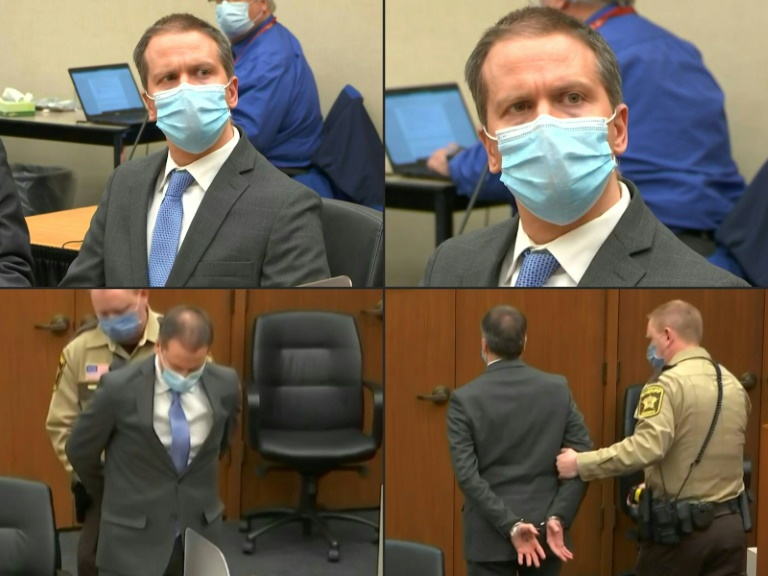 Crump hailed the conviction as a landmark win for civil rights that could signify a "turning point" in the push for greater police accountability.

But the Floyd case was clearly a tempered victory.

Three other former police officers involved in Floyd's arrest are to go on trial later this year.

Among the 38 witnesses who testified for the prosecution were some of the bystanders who watched Floyd's arrest and pleaded with Chauvin to stop, including Darnella Frazier, the teenager who took the video that went viral.

On Wednesday she was being hailed as a hero for calmly documenting the crime last year. 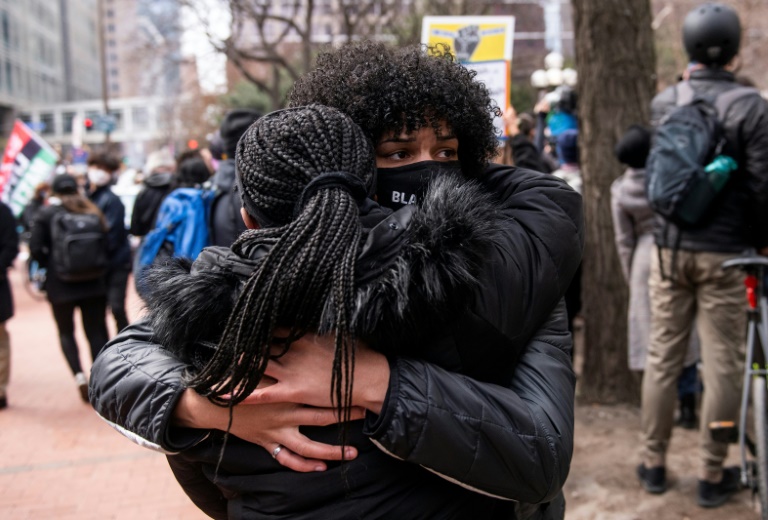 Frazier "changed history -- with her phone and her courage to speak up," tweeted congressman Joe Courtney.

Minneapolis police chief Medaria Arradondo, who testified against Chauvin during the trial, called for "calm, safety and peace" in his city.

"And the tragic death of Daunte Wright (last) week serves as a heartbreaking reminder that we still have so much more work to do to get there."

By Robin Legrand With Michael Mathes In Washington