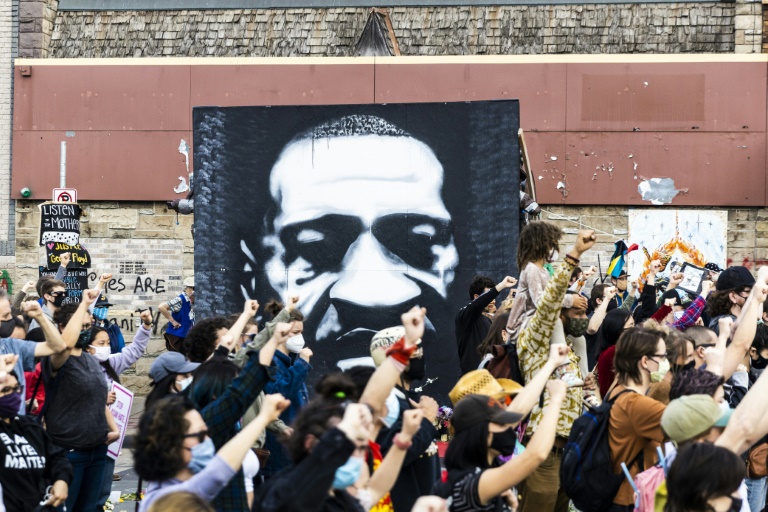 Demonstrators near the George Floyd Memorial in Minneapolis, Minnesota

MINNEAPOLIS - George Floyd pleaded for help with his "very last breath" but was not shown any compassion by Derek Chauvin, prosecutor Steve Schleicher said Monday in closing arguments at the closely watched murder trial of the former police officer.

"George Floyd begged until he could speak no more," Schleicher told the jury in a Minneapolis courtroom. "All that was required was a little compassion and none was shown on that day."

"He asked for help with his very last breath but the officer did not help," Schleicher said.

"He didn't follow training, he did not follow the department's use of force rules, he did not perform CPR," he said.

Chauvin, who is white, was seen on video kneeling on the neck of Floyd as the 46-year-old Black man lay facedown handcuffed on the ground for more than nine minutes.

"George Floyd was not a threat to anyone," Schleicher added. "He was not trying to hurt anyone."

Chauvin, 45, is charged with murder and manslaughter over Floyd's May 25, 2020 death, which sparked protests across the United States and around the world against racial injustice and police brutality.

The 19-year veteran of the Minneapolis Police Department, faces a maximum of 40 years in prison if convicted of the most serious charge -- second-degree murder.

"The defendant stayed on top of (Floyd) for nine minutes and 29 seconds," Schleicher said, "beyond the point that he had no pulse." 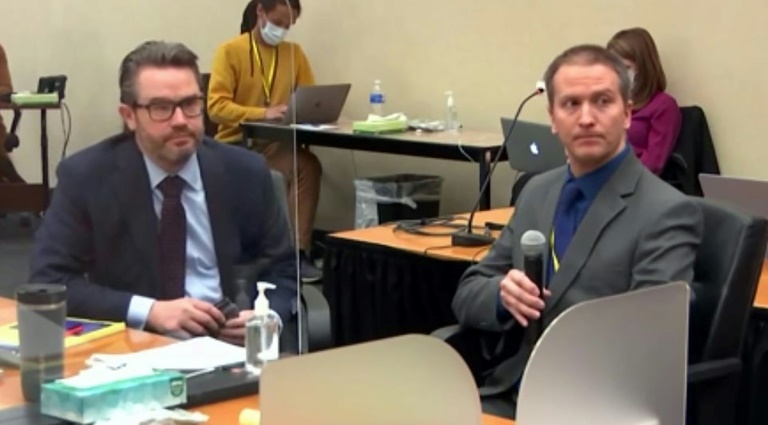 Schleicher urged the jury to "believe your eyes."

"But for the defendant's actions, pushing him down, would George Floyd have died that day?" he asked.

Chauvin's trial has coincided with rising tensions from two other high-profile police killings. 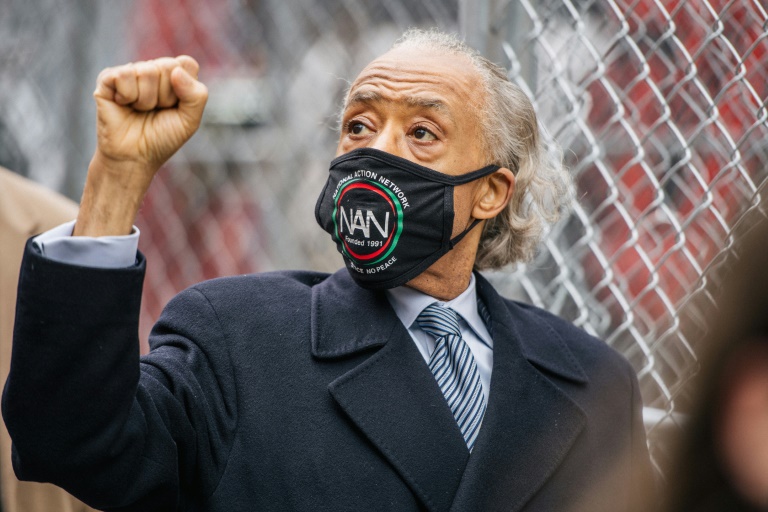 Daunte Wright, a 20-year-old Black man, was shot dead in a Minneapolis suburb on April 11 by a white policewoman who apparently mistook her gun for her Taser, and a 13-year-old boy was killed by police in Chicago.

Wright's killing triggered several nights of protests in Minneapolis and National Guard troops have been deployed in the Minnesota city where shop windows have been boarded up as a precaution.

Speaking ahead of closing arguments, Ben Crump, an attorney for the Floyd and Wright families, said "the outcome that we pray for in Derek Chauvin is for him to be held criminally liable for killing George Floyd."

"Killing unarmed Black people is unacceptable," Crump told ABC News on Sunday. "We have to send that message to the police. Hold police officers accountable."

Among the 38 witnesses who testified for the prosecution were some of the bystanders who watched Floyd's arrest for allegedly using a counterfeit $20 bill to buy a pack of cigarettes.

Darnella Frazier, the teenager who took the video that went viral, said Floyd was "scared" and "begging for his life."

"It wasn't right. He was suffering," Frazier said.

Genevieve Hansen, 27, an off-duty firefighter, said Chauvin and other officers rebuffed her offers to provide medical attention to Floyd.

Donald Williams, 33, said he called 911 to report a "murder" after Floyd was taken away in an ambulance.

Chauvin attended every day of the trial, dressed in a suit and taking notes on a yellow legal pad.

He spoke only once -- and that was out of the presence of the jury -- when he invoked his Fifth Amendment right not to testify in his own defense.

Much of the evidence phase of the trial involved testimony from medical experts about Floyd's cause of death and whether Chauvin had engaged in reasonable or excessive use of force.

A retired forensic pathologist put on the stand by the defense said Floyd died of cardiac arrest brought on by heart disease and the illegal drugs fentanyl and methamphetamine.

Medical experts called by the prosecution said Floyd died from hypoxia, or a lack of oxygen, from Chauvin's knee on his neck and that drugs were not a factor.

The defense also called a retired police officer who said Chauvin's use of force against Floyd was "justified."

Police officers testifying for the prosecution -- including the city police chief -- said it was excessive and unnecessary.

A conviction on any of the charges -- second-degree murder, third-degree murder or manslaughter -- will require the jury to return a unanimous verdict.

Judge Peter Cahill has ordered the 12-member jury to be sequestered for deliberations.

They are to be tried separately later in the year.