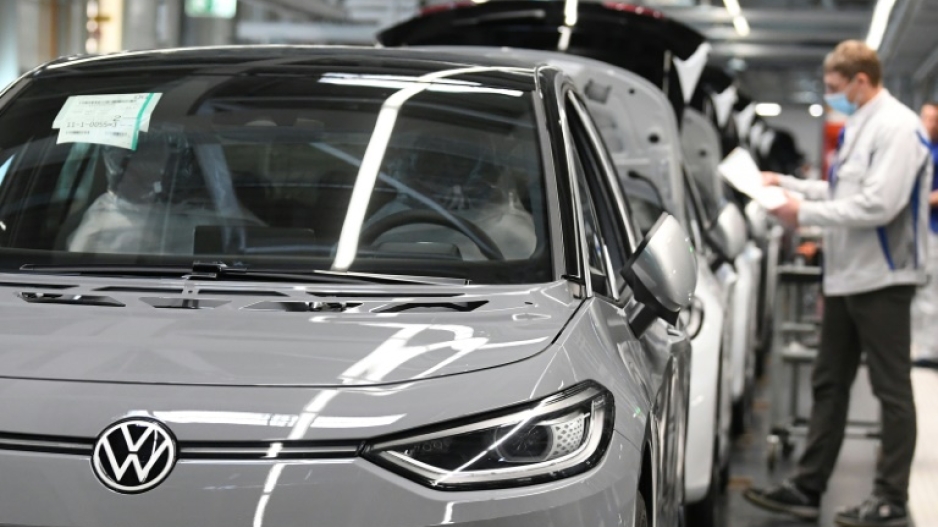 The 2.7 percent growth figure likely leaves Germany as a European laggard in the recovery from the economic shock of the pandemic.

Growth across the European Union is expected to have been around five percent in 2021, according to the latest predictions by the European Commission, with France and Italy surging ahead.

Germany's modest rebound was achieved "despite the continuing pandemic situation, more delivery bottlenecks and material shortages," the head of the federal statistics agency Georg Thiel said in a statement.

"The German economy managed to recover from the sharp fall last year although the economic performance has not yet reached its pre-crisis level again," Thiel said.

In 2020, on a price and calendar adjusted basis, Germany's gross domestic product (GDP) plunged by 4.9 percent as the coronavirus forced large parts of Europe's biggest economy to shut down.

"The very high expectations placed in the German economy at the beginning of 2021 were only partially fulfilled," said Fritzi Koehler-Geib, chief economist at German public lender KfW.

Early predictions for 2021 tabled growth estimates upwards of four percent. Those forecasts were progressively revised down as industry was hampered by bottlenecks and new health restrictions.

With prices for energy soaring to multi-year highs too, the economy likely shrank by "between 0.5 and one percent" in the fourth quarter of 2021, Destatis said.