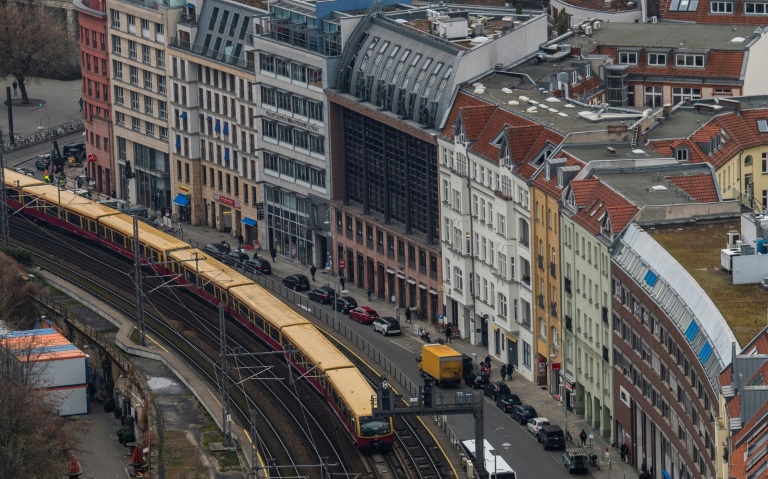 The highest court's ruling to throw out Berlin's rent cap is a blow to millions of tenants. AFP/John MacDougall

BERLIN - Germany's highest court said that a policy to freeze rents in Berlin for five years to combat soaring housing costs was unlawful in a ruling published on Thursday.

In a blow to millions of tenants, the capital's "Mietendeckel" law or rent cap "violates the Basic Law and is thus ruled void", said the Federal Constitutional Court in the southwestern city of Karlsruhe.

The tribunal ruled in favour of MPs from the centre-right Christian Democratic Union (CDU) and the pro-business Free Democrats, who are both in opposition in Berlin.

The court agreed with their argument that rent policy falls under federal law not the jurisdiction of Germany's 16 states.

The rent freeze, passed by Berlin's legislature in January 2020, was a flagship policy of the local governing coalition of the centre-left Social Democrats, the Greens and the far-left Linke parties.

It is a major setback for them ahead of September elections both in Berlin -- its own city-state -- and for a new federal parliament and chancellor after Angela Merkel steps down this year.

Berlin was the first and only of Germany's states to introduce a rent cap.

The law froze rents at the level from June 2019 until 2025, after which any increases would have been limited to 1.3 percent per year in line with inflation.

According to the city's department for urban development and housing, it affected more than 1.5 million apartments.