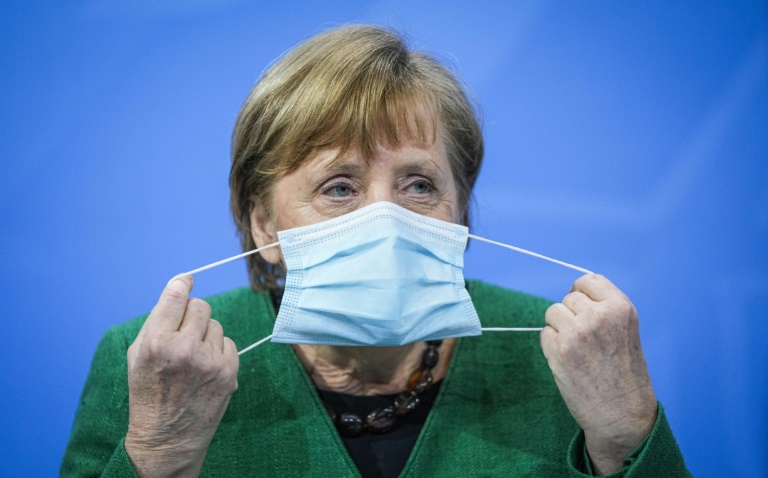 German Chancellor Angela Merkel said: 'We are in a new pandemic'

BERLIN - Germany will enter a strict shutdown for five days over Easter amid surging virus rates, Chancellor Angela Merkel and regional leaders agreed on Tuesday as criticism mounted over the government's handling of the pandemic.

As well as extending existing measures including keeping cultural, leisure and sporting facilities shut through to April 18, Merkel and Germany's 16 state premiers ordered a tougher shutdown between April 1 and 5.

Almost all shops will be closed during the five days, and religious services will be moved online over Easter. Only grocers will be allowed to open on Saturday April 3.

"The situation is serious. Case numbers are rising exponentially and intensive care beds are filling up again," said Merkel.

The British variant has become the dominant strain circulating in Germany, she said, noting: "We are in a new pandemic."

"Essentially, we have a new virus... it is much deadlier, much more infectious and infectious for much longer," the veteran leader said.

Vice-chancellor Olaf Scholz told public broadcaster ZDF it was "right to use the period of Easter to pull on the brakes". 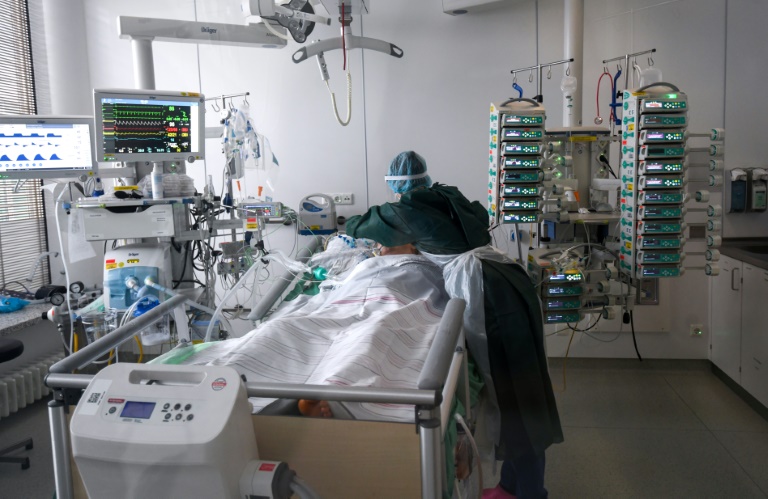 Patience is running thin in Germany over a sluggish vaccine rollout

But patience is running thin in Germany over a sluggish vaccine rollout, a delayed start to mass rapid testing and higher infection numbers despite months of shutdowns, with support for Merkel's Christian Democratic Union party at its lowest level for a year.

Europe's top economy will elect a new government in September, as Merkel is retiring after 16 years in power.

Der Spiegel news magazine called the government's repeated focus on tweaking shutdowns a "scandal", claiming it had "completely the wrong priorities" and should instead focus on improving its vaccination campaign and test strategy.

"This three-week lockdown rhythm confirms the suspicion that the federal government and states are simply trying to play a catch up game they have already lost," the conservative daily Frankfurter Allgemeine Zeitung said.

Dietmar Bartsch, a leading MP from the far-left opposition party Die Linke, said on Tuesday the chancellor and her ministers "should apologise to citizens" for the missteps.

Germany registered 7,485 new infections in 24 hours on Tuesday, with 250 new deaths and an incidence rate of 108.1 new cases per 100,000 people over seven days, according to the Robert Koch Institute health agency.

The country had begun easing restrictions, first reopening schools in late February, before allowing hairdressers and some shops to resume business in March.

Germany registered 7,485 new infections in 24 hours on Tuesday, according to the Robert Koch Institute health agency

Merkel and regional leaders agreed at the last round of talks in early March that regional authorities would tighten the screws again if their incidence rates struck 100 over three days.

"It is absolutely right that we are hitting the emergency brake," said Merkel.

However, schools will remain partially open and overnight curfews were ruled out, despite being proposed in a draft document before the talks.

On the thorny issue of holidays, some regional leaders had argued it made little sense to allow people to fly out to the Spanish island of Mallorca, which was taken off a risk list, while banning residents from taking overnight stays in their own state.

But finally, the leaders agreed to "appeal urgently to all citizens to refrain from non-essential travel within the country and also abroad -- also with regard to the upcoming Easter holidays".

Berlin had also struck a deal with air carriers to ensure that all travellers returning to Germany would be tested, Merkel said.

The chancellor added that Germany was "in a race to vaccinate" as the country struggles to accelerate its inoculation campaign.

Merkel said she would support her former defence minister and current EU commission president Ursula von der Leyen's threat to block AstraZeneca vaccines produced in the bloc from being exported.

European officials are furious that AstraZeneca has been able to deliver its UK contract in full while falling short on its supplies to the EU.

"We have a problem with AstraZeneca," Merkel said.