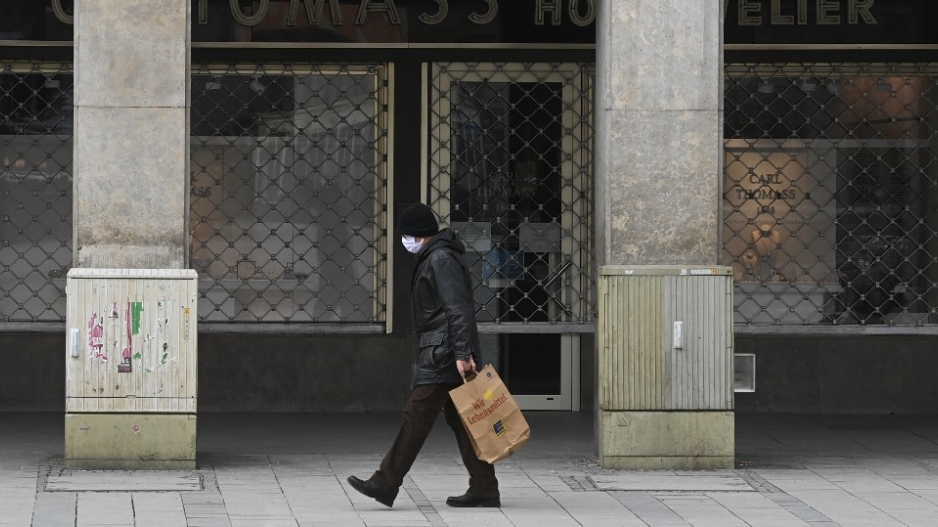 A man wearing a face mask walks in front of a closed store at the Marienplatz square in the city of Munich, southern Germany, on January 11, 2021, amid the ongoing novel coronavirus COVID-19 pandemic.

BERLIN - Germany on Tuesday recorded its first case of the coronavirus variant sweeping South Africa in a member of a family that returned from a lengthy stay in the country in December.

"After their arrival (on 13 December), the family entered the required quarantine and got tested five days later. Those tests were negative," a spokesman for the social affairs ministry in the southwestern German state of Baden-Wuerttemberg said in a statement.

"The following week, the first members of the family developed mild symptoms of illness."

In the meantime, six coronavirus cases have been recorded from three households.

Genetic sequencing was carried out on Monday at a lab at Berlin's Charite hospital on a swab from the first member of the family to fall ill and identified as the virus variant B.1.351.

It is also known and has been identified by South Africa, as 501Y.V2.

Swab samples taken from people who came in contact with that patient are now being tested, the spokesman said.

The new coronavirus variant discovered by South African scientists in December is fuelling a surge of infections across the country and raising global concern.

The South African variant has also been detected in Britain, Finland, France and Israel. Switzerland, Denmark and Britain have banned incoming travellers from South Africa.

The WHO has said that while the South African variant shares the 501Y mutation with a strain spreading in Britain which has also been detected in Germany, the two are distinct.

On December 31, the WHO said it saw no clear evidence that the new variant by itself led to more severe disease or death.

On the other hand, as more people become infected by a more transmissible virus, more risk becoming seriously ill.