Germany weathered earlier bouts of the pandemic better than many other European countries, but has seen a recent resurgence

BERLIN - Germany announced record coronavirus fatalities and infections on Thursday as its total death toll passed 100,000, with its most severe virus wave yet breaking just as a new government prepares to take the reins.

Germany weathered earlier bouts of the pandemic better than many other European countries but has seen a recent resurgence, with intensive care beds rapidly filling up.

Europe's largest economy recorded 351 fatalities in the past 24 hours, bringing the total death toll since the start of the pandemic to 100,119, according to figures from the Robert Koch Institute, a public health agency.

The escalating health crisis poses an immediate challenge to the new coalition government set to take over from Angela Merkel's cabinet next month.

The spike in Germany comes as Europe has re-emerged as the pandemic's epicentre, with the continent battling sluggish vaccine uptake in some nations, the highly contagious Delta variant, colder weather moving people indoors and the easing of restrictions.

Last week, more than 2.5 million cases and almost 30,000 Covid-related deaths were recorded in Europe, making it by far the region currently worst hit by the virus, according to AFP's tally.

In a sign of the severity of the virus wave hitting Germany, its health sector has had to call on hospitals elsewhere in the EU for help. 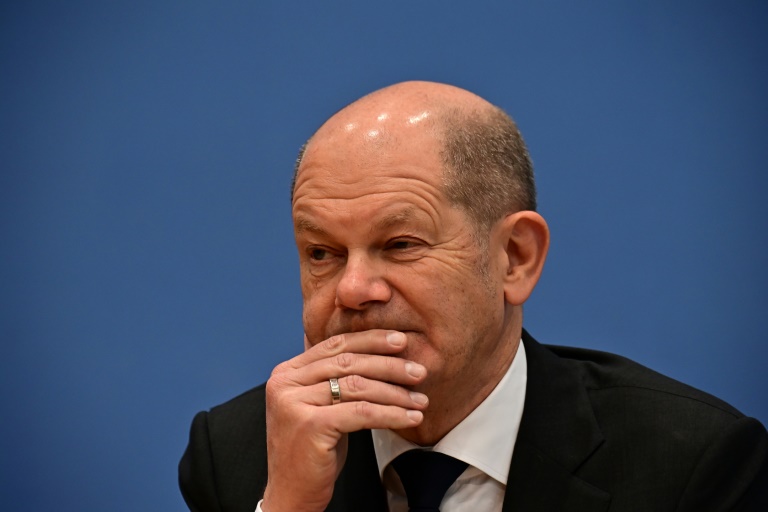 Some hospitals are already facing an "acute overload" that has made it necessary to transfer Covid-19 patients abroad, according to Gernot Marx, head of the German Interdisciplinary Association for Intensive Care and Emergency Medicine.

Germany last week announced tougher restrictions, including requiring people to prove they are vaccinated, have recovered from Covid-19 or have recently tested negative for the virus before they can travel on public transport or enter workplaces.

Several of the worst-hit areas have gone further, cancelling large events like Christmas markets and barring the unvaccinated from bars, gyms and leisure facilities.

The spike has ignited a fierce debate about whether to follow Austria's example and make vaccination mandatory for all citizens.

Incoming chancellor Olaf Scholz has voiced support for compulsory vaccinations for health staff, and said that his government would "do everything necessary to bring our country safely through this time".

"The situation is serious," said Scholz's Social Democrats after announcing a coalition agreement with the Greens and the FDP liberals on Wednesday.

Scholz said his new government would invest one billion euros in bonuses for healthcare workers on the frontlines of the pandemic.

But his critics accused him of lacking the urgency needed to tackle the national catastrophe.

"It sounded like he wanted to be the leader of the Hamburg health authorities," snapped Spiegel online.

Germany's COVID-19 crisis has in part been blamed on its relatively low vaccination rate of about 69 percent, compared to other Western European countries such as France, where it is 75 percent.

The country has urged all inoculated adults to get a booster to combat waning efficacy after six months.