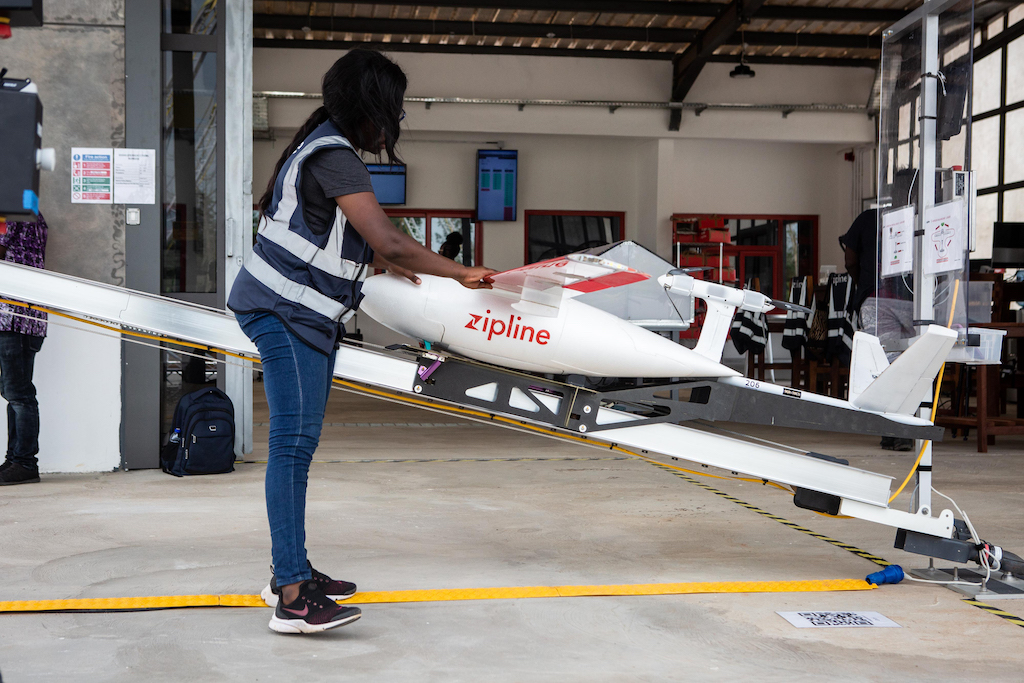 A staff member prepares a drone for the delivery of medical supplies run by operator Zipline in Ghana.

The drones are part of an ambitious plan to leapfrog problems of medical access in a country with poor roads.

"No one in Ghana should die because they can't access the medicine they need in an emergency," Akufo-Addo said as he launched the programme.

"That's why Ghana is launching the world's largest drone delivery service," Akufo-Addo said. "It represents a major step towards giving everyone in this country universal access to lifesaving medicine."

The drones have been flying test runs with blood and vaccines, but the project was officially inaugurated Wednesday at the main drone base in Omenako, 70 kilometres north of Accra.

Omenako is the first of four distribution centres, which when fully operational, will each have 30 drones serving 500 clinics within an 80-kilometre radius.

READ: Ghana wakes up and smells the coffee

The company says the three other sites should be up and running by the end of 2019.

If the proposal goes to plan, the delivery system will ferry 150 different medicines, blood and vaccines to more than 2,000 clinics and serve more than 12 million people, roughly 40 percent of the population.

Zipline, a US-based company, first began delivering blood and medicine in East Africa in 2016, deploying drones in Rwanda, a country dubbed the "land of a thousand hills" where access to many villages by road is difficult.

Zipline is now expanding on the other side of the continent.

"Millions of people across the world -- in both developed and developing countries -- die each year because they can't get the medicine they need when they need it," said Zipline boss Keller Rinaudo.

For Ghana, a country of nearly 30 million people scattered across a land area about the size of Britain, the former colonial ruler, poor roads and a lack of ambulances are major challenges to health care access.