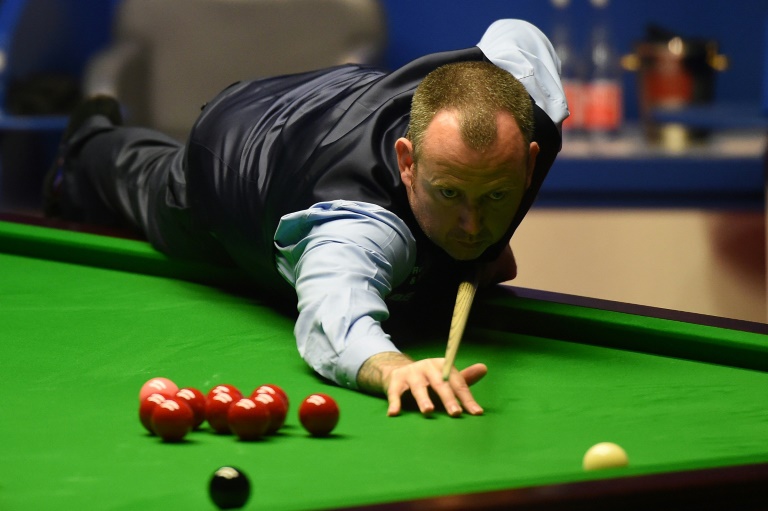 LONDON - Snooker star Mark Williams hit out at attempts to ban his unusual break-off shot after easing into the second round of the World Championship with a 10-4 victory over qualifier Sam Craigie.

The three-time champion started to use the shot, which sees him nudge the cue ball into the back of the reds via the bottom cushion, during the Masters tournament in January after becoming annoyed at leaving opponent Shaun Murphy, a noted long-potter, with frame-winning opportunities.

Williams, however, said that an email from the players' association had been sent to leading snooker figures asking their opinion on whether that particular type of break-off shot, currently within the rules, should be prohibited.

"There's a lot more going on in the world to worry about (than) my poxy break-off," said Williams after his latest success at the Crucible Theatre.

"Haven't they got anything better to do than send emails out asking players if they like it and should it get banned?"

The 46-year-old Welshman added sarcastically: "I'll think of another break-off. Why don't I just smash it into the pack and leave all the reds on for everyone -- would they be happy with that?"

"If they ban the break-off they've got to ban rolling up behind baulk colours and rolling up behind the black. It's not an illegal shot and I don't see the problem with it, it's farcical," insisted Williams, who now faces fellow veteran former world champion John Higgins.

The World Professional Billiards and Snooker Association (WPBSA) said they knew of the email but added Williams' distinctive break had yet to be considered by the governing body's rules committee.