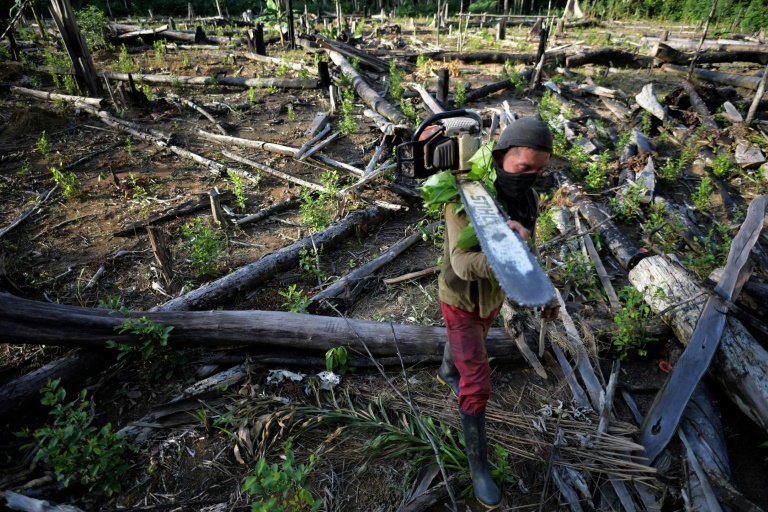 Deforestation is mainly driven by commodity crops such as palm oil and soy, cattle pastures, and timber exploitation

Global companies and financial institutions with the highest potential for curbing deforestation are largely failing to do so, undermining pledges to protect forests made at the COP26 climate summit in November, a report said Thursday.

The Forest 500 analysis by non-profit research group Global Canopy graded 350 companies most responsible for producing, using or trading commodities that drive deforestation, along with the 150 biggest banks, investment firms and pension funds that finance them.

One-in-three companies assessed had no forest commitments at all, and 72 percent addressed some but not all of the forest-related commodities in their supply chains.

Even those with commitments keyed to specific commodities -- especially soy, beef and leather -- "are failing to provide evidence of how they are implementing them", the report concluded.

Not one among the 350 companies passed muster on a comprehensive approach to human rights.

"Too few companies recognise the climate risks that are caused by deforestation, with few including their supply chains in their reporting," Niki Mardas, executive director of Global Canopy Executive Directory, told AFP.

Cargill, Colgate-Palmolive, Nestle Corp., Unilever and PepsiCo were among 15 companies sharing a favourable ranking, while some 60 companies -- many from China, Brazil and Argentina -- had the lowest score possible in the five-tier rating.

Progress is even more halting among financial firms, which provide more than $5.5 trillion every year to companies in forest-risk supply chains, according to the report.

Ninety-three of the 150 institutions analysed did not have a deforestation policy covering investments and lending to companies most reliant on the commodities ravaging forests.

Less than two dozen of the banks or investment firms that do have deforestation policies report on progress made. 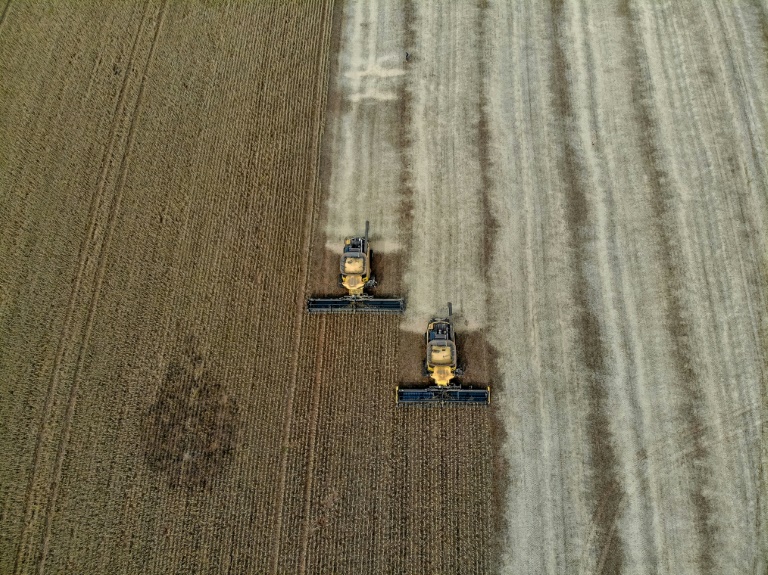 Harvest soybeans in Brazil. If tropical deforestation were a country, it would be the third biggest source of CO2 emissions after China and the US

"Halting agriculture-driven deforestation to halve emissions and reverse biodiversity loss by 2030 is not an option but a necessity for companies credibly committed to net zero," Nigel Topping, former CEO of climate non-profit We Mean Business, said in a statement.

"There is no pathway to keep 1.5C within reach without that."

Nations have embraced the goal of capping global warming at 1.5 degrees Celsius above preindustrial levels.

Deforestation -- driven by commodity crops such as palm oil and soy, cattle pasture and timber exploitation -- is a triple threat: to climate, communities and the diversity of life on Earth.

If tropical deforestation were a country, it would be the third biggest source of CO2 emissions after China and the US, and ahead of the EU and India.

Over the last two decades, the Amazon basin has lost roughly 10,000 square kilometres (3,861 square miles) every year, according to assessments based on satellite data.

In Brazil, deforestation increased by 22 percent in 2021, reaching the highest level in 15 years.

The food, feed and agriculture industries figure hugely in the report.

Companies that produce and sell soy, beef and palm oil make up just over half those on the Forest 500 list, roughly split between manufacturers, retailers and fast-food chains, on the one hand, and agri-business, on the other.

Many of these companies are brand names known to consumers worldwide, making them vulnerable to shifting expectations. 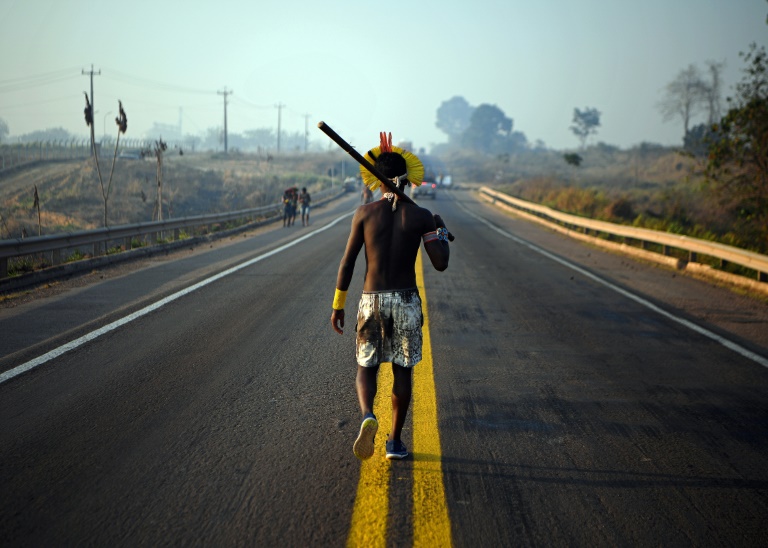 A member of the Kayapo tribe protests against illegal deforestation outside Novo Progresso in Para state, Brazil

"European voters and consumers are making this increasingly clear to us: they no longer want to buy products that are responsible for deforestation or forest degradation," European Commission President Ursula von der Leyen told world leaders at the COP26 summit.

In Britain, companies are required as of November to ensure there is no illegal deforestation in their supply chains, while a draft EU regulation will, if it becomes law, require corporate due diligence for half-a-dozen key commodities.

"The ranking shows that too many companies are ill-prepared for the regulatory changes coming down the track," the report concluded.

The Glasgow Leaders Declaration on Forests and Land Use was signed during COP26 by 141 countries committing to halting and reversing forest loss and degradation by 2030, including China and Brazil.