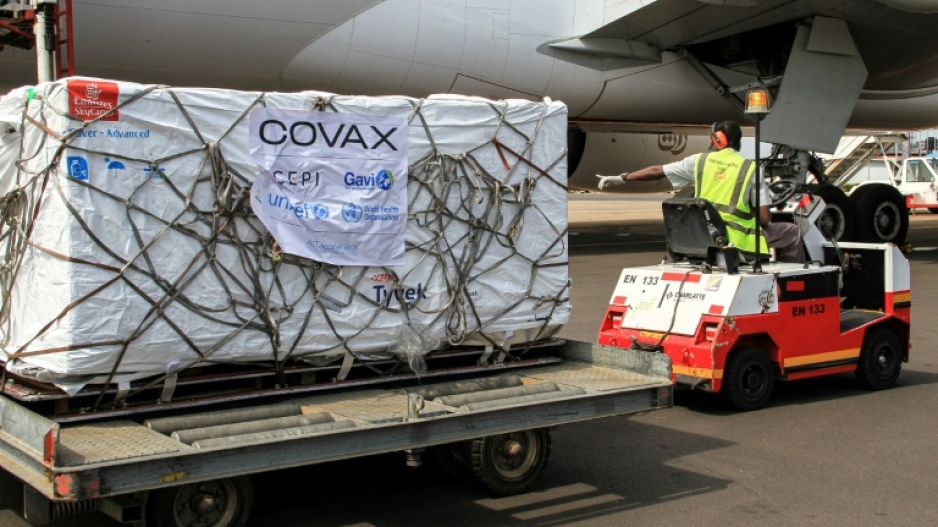 GENEVA - Global players are gathering online from Monday to brainstorm ways to rapidly boost vaccine production and fight a still-virulent coronavirus that has hobbled the world for 14 months.

Giving impetus to the meeting is a warning from the Geneva-based World Health Organization (WHO) that the pandemic will not end unless poor countries can keep up with accelerating mass vaccination campaigns in rich nations.

Meeting online Monday and Tuesday will be partners of the Covax vaccine distribution initiative, led by the Gavi vaccine alliance and backed by research arm the Coalition for Epidemic Preparedness Innovations as well as the WHO.

Government delegates, scientists and representatives of the pharmaceutical giants as well as smaller drug makers from developing countries will also participate.

The aim is "to shine the light on the gaps that we have currently in the supply chain, of reagents, of raw material, of products that you need to make vaccines", WHO's chief scientist Soumya Swaminathan told a news conference on Friday. 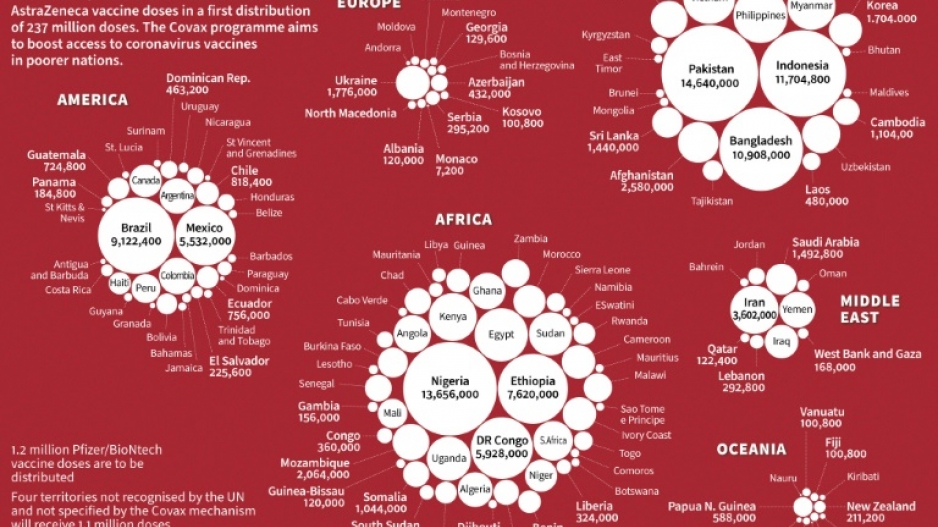 The pharmaceutical industry aims to produce 10 billion Covid-19 vaccine doses this year, which is double the 2019 manufacturing capacity for all kinds of vaccines.

Manufacturing these jabs requires not just an unprecedented quantity of ingredients, but also items such as glass for the vials and plastic for their caps -- at a time when global supply chains have been disrupted by the pandemic, Swaminathan said.

"So the summit is really focusing on that upstream area, the gaps, how they can be filled and for solutions to be found."

Such interventions "can make a difference in the short term" even as WHO and others are already eyeing the longer-term course of the pandemic, she added.

Pressure from governments and public opinion has helped push the pharma groups, who usually jockey for a competitive advantage, into deals to produce more vaccine doses.

With its own vaccine development lagging, France's Sanofi will produce both the Pfizer-BioNTech and the Johnson & Johnson versions.

Merck will also turn out the J&J shots,  Switzerland's Novartis will make doses of the Pfizer-BioNTech and Curevac vaccine, while Germany's Bayer is also set to help Curevac.

"We would like to see more of this happening and in more parts of the world.

"We need to explore the fill-and-finish capacity in Asia, in Africa and Latin America and use those facilities to increase supply."

Marie-Paule Kieny, research director at France's National Institute of Health and Medical Research, noted that "there are many generic drug manufacturers who have a high record... and good manufacturing practices, which could also help in this process".

But cooperation poses challenges over how to share or license the precious intellectual property pharmaceutical firms have invested heavily to create -- albeit often with significant state aid -- so they can at least recoup their costs.

Despite pressure from aid groups and the WHO, a proposal from India and South Africa at the World Trade Organization to temporarily suspend vaccine patents appears stalled.

Efforts at boosting vaccine production should help the worst-off nations -- who lack the cash to buy direct from pharma companies -- get their people immunised.

The ambitious Covax initiative is aiming to supply vaccines to dozens of countries in the first 100 days of 2021.

It hopes to distribute enough doses -- around 1.3 billion -- to vaccinate up to 27 percent of the population in the 92 poorest participating economies by the end of the year.

But the first Covax shots have only been distributed in recent days, with around 20 million reaching 20 different countries. Wealthy nations meanwhile, have been vaccinating since December.

With more than 14 million more doses to be delivered next week, "this is encouraging progress", said WHO chief Tedros Adhanom Ghebreyesus.

"But the volume of doses being distributed through Covax is still relatively small."

Covax will supply enough shots for just 2-3 percent of recipient countries' populations by June, "even as other countries make rapid progress towards vaccinating their entire population within the next few months", he added.