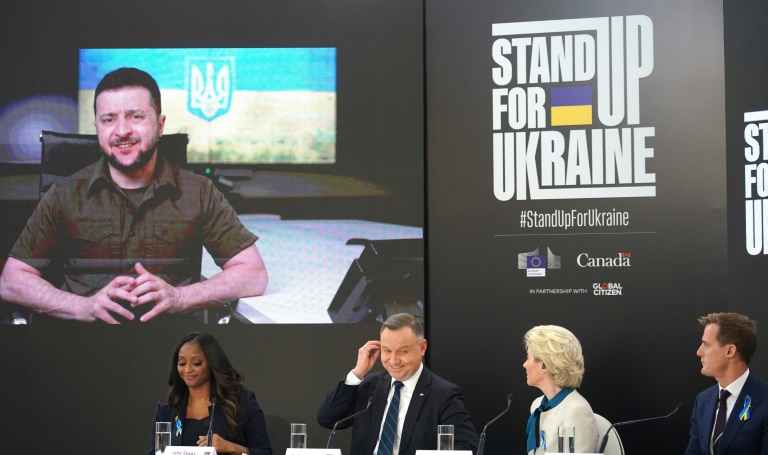 "The 'Stand Up For Ukraine' campaign has raised 9.1 billion euros for people fleeing bombs, inside and outside Ukraine, with an additional billion pledged by EBRD (the European Bank for Reconstruction and Development)," von der Leyen said.

The event, convened by the EU and Canadian Prime Minister Justin Trudeau, sought to raise money for internally displaced people in Ukraine and refugees from the war-ravaged country, organisers said.

More than 4.4 million refugees have fled Ukraine since the Russian invasion began on February 24.

Most of them have headed to EU countries including neighbouring Poland which has taken in more than 2.5 million refugees so far.

The event, partnered by the Global Citizen movement battling poverty, comprised a social media rally on Friday and a pledging conference on Saturday.

"We are devastated to see the suffering of people in Ukraine as this conflict unfolds," Elton John said on Facebook.

The 75-year-old rock legend called on his fans to "help people whose lives have been turned upside down and leave everything behind for a safer life."

"No one should have to experience this kind of tragedy," John said.

Von der Leyen hailed the income from the event as "fantastic" at Saturday's pledging conference in Warsaw.

The European Commission alone has pledged a billion euros, of which 600 million will go to Ukrainian authorities and 400 million to "the frontline states that are doing such an outstanding job in helping the refugees that are coming," von der Leyen added.

In a statement, she promised that "more will come".

"The solidarity of countries, companies and people worldwide offers some light in this dark hour," von der Leyen added.

"And once the bombs have stopped falling, we will help the people of Ukraine rebuild their country. We will continue to Stand up for Ukraine." 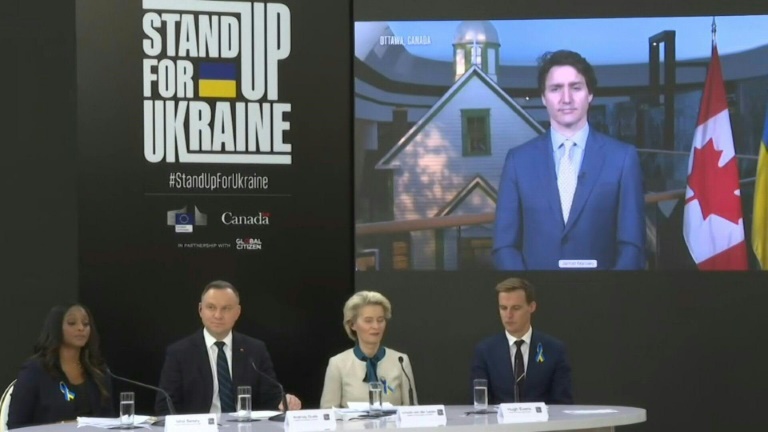 "Ukrainian courage has already united the whole democratic world," he said in a video message, calling on the West to slap more sanctions on Russian banks and stop buying Russian oil.