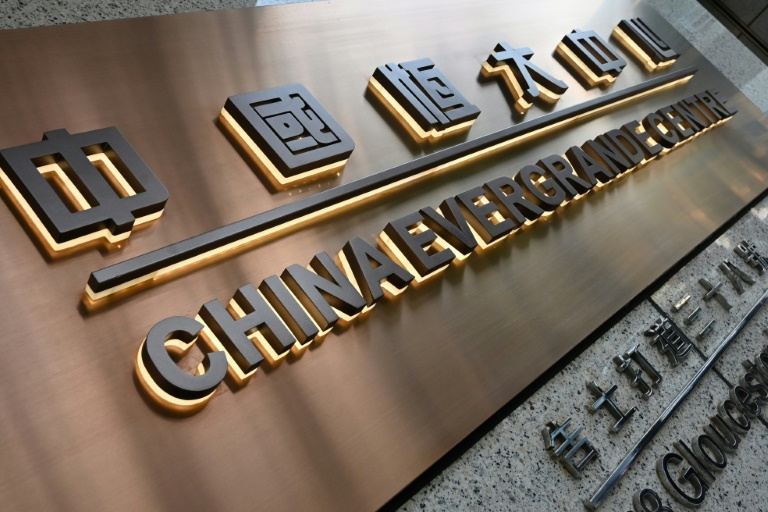 Fears about a contagion from the possible collapse of China Evergrande have sent property firms in Hong Kong plunging. AFP/Peter Parks

Sentiment is being dented by strong inflation, the Federal Reserve's plans to taper monetary policy, surging infections with the Delta variant of coronavirus, and signs of weakness in the global recovery.

"Contagion risks from the Evergrande meltdown are the prime cause of today's sell-off," said Markets.com analyst Neil Wilson.

"It is definitely though a major cause for investor concern right now and it is possible we see further losses."

Evergrande, one of China's biggest developers, is on the brink of collapse as it wallows in debts of more than $300-billion.

Mining shares were hard hit because of the potential economic impact on China, which has a voracious appetite for raw materials.

"Evergrande... appears to be teetering on the precipice with concerns about contagion from the situation infecting the wider economy in China," said AJ Bell analyst Russ Mould.

"Any downturn in China would have significant implications for commodities demand given its status as the world's largest consumer of many minerals and metals."