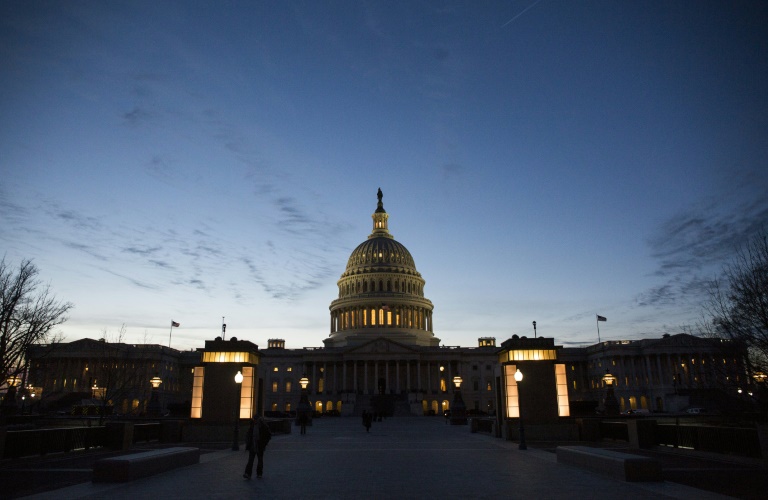 Plans for a global minimum corporate tax face many hurdles, not least of them is the US Congress

WASHINGTON - After the accolades, an agreement among the world's wealthiest countries to set a global minimum tax on the biggest companies now faces a long, bumpy road to implementation.

The path is complicated even among the Group of Seven rich nations that endorsed the plan, with US President Joe Biden having to convince recalcitrant members of Congress.

In recent years countries have previously clashed over taxing the overseas profits of big companies, especially US tech giants.

But the mood has changed as governments look for new sources of revenue after spending huge sums to protect their economies during the coronavirus crisis.

The agreement between the US and its G7 partners Britain, France, Japan, Italy, Germany and Canada in London at the weekend is only the first step in a long process.

"There is still quite a long road to go," Elke Asen, a policy analyst at the Tax Foundation think tank in Washington, told AFP.

The reform now goes to finance ministers of the Group of 20 developed and emerging countries at a July meeting.

The "more difficult part", Asen said, will be the next step: Negotiations between 139 nations under the aegis of the Organisation for Economic Co-Operation and Development (OECD).

"I think we're probably looking at a few years here before it's actually finally implemented," she said.

A source close to the negotiations said the G7 agreement "is a very important first step but there is still a lot of work to do to get" a G20 agreement and a majority of 139 countries to back the plan.

The reform has two "pillars".

The first would allow countries to tax a share of the profits of the 100 most profitable companies -- such as Facebook or Google -- in the world, regardless of where they are based.

The second pillar is a global minimum corporate tax of "at least" 15 percent, which aims to stop competition between countries to attract multinationals by offering them extremely low rates.

But "none of the contentious details" such as the precise rate or tax base "have been resolved", said Simon MacAdam, senior global economist at Capital Economics.

Still, Nicolas Veron, senior fellow at the Washington-based Peterson Institute for International Economics, said there are enough countries behind the plan now, and "a desire to succeed which makes one optimistic".

But when a "critical mass of countries are doing it... it's those that stay out that are penalised", Jean said.

READ: Taxi industry 'willing to cooperate' with government on tax

While Biden has the support of G7 allies, he has more work to do back home, as nearly half the 100 companies in "pillar one" are American.

Asen said the US Congress is traditionally slow at passing tax treaties and "that is one concern a lot of countries have".

US Senator Mike Crapo and Congressman Kevin Brady, the top ranking Republicans on taxation in Congress, called it a "speculative agreement".

They said in a joint statement that the deal "appears premature given the many unanswered questions" about the two pillars and their potential effect on US companies.

Certain countries will take some convincing.

Europe is divided between its biggest economies -- with Germany, France, Italy, Spain and the Netherlands backing the plan -- and those that have benefited from their low tax rates.

One country unhappy about the reform is Ireland, whose 12.5 percent corporate tax has lured the likes of Google, Facebook and Apple.

"There are 139 countries at the table, and any agreement will have to meet the needs of small and large countries, developed and developing," said Irish Finance Minister Paschal Donohoe.

Switzerland, with taxes below 12 percent in some cantons, said it would take "the necessary measures to maintain a very attractive economic place".

Outside Europe, French Finance Minister Bruno Le Maire said he expected a "tough fight" in the G20 to convince China.

The country has a 25 percent corporate tax rate which drops to 15 percent for high-tech companies.

"It will be difficult to go much higher than 15 percent if we want the Chinese to agree," the source close to the negotiations said.

Asen said the final deal could be a "patchwork where each country... implements it a little differently to make it better aligned with their own national tax policy".

"It may not be a 100 percent harmonised global minimum tax in the end," she said.