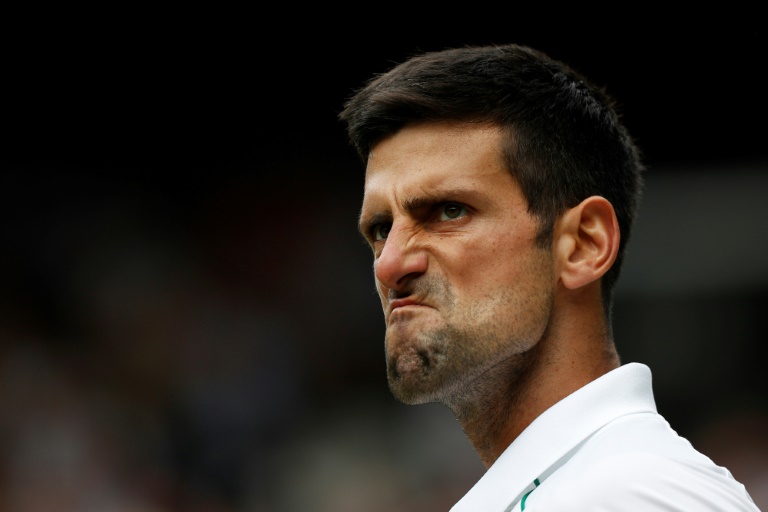 Novak Djokovic won bronze in the 2008 Olympic singles in Beijing

TOKYO - With three Grand Slams already to his name this year, Novak Djokovic can take another step towards history in Tokyo, where Naomi Osaka will have the support of the host nation behind her as one of the stars of the Olympics.

While Djokovic pursues an elusive Olympic gold medal in an event decimated by a raft of withdrawals, including those of Rafael Nadal and Roger Federer, Osaka will draw plenty of attention as she returns following her shock French Open pull-out over mental health concerns.

Five of the men's top 10 players will be absent, with 2008 Olympic champion Nadal the most notable.

Dominic Thiem has opted to sit out as well, along with Wimbledon finalist Matteo Berrettini and Canada's Denis Shapovalov.

Roger Federer, hit with a fresh setback in his recovery from a knee injury, pulled out earlier this month. The Swiss star, who turns 40 in August, saw his last shot at Olympic singles glory go with it.

Andy Murray will defend his title as he bids for a third gold in a row, but the former world number one is ranked a lowly 104th following a long battle against injury.

Serena Williams is missing from the women's draw. The American was left "heartbroken" by a slip that forced her to retire in the Wimbledon first round and destroyed her latest attempt to win a record-equalling 24th Grand Slam.

Among the other absentees are Simona Halep, who is still nursing a calf problem, former US Open winner Bianca Andreescu and surprise 2016 gold medallist Monica Puig.

Djokovic, 34-3 this season, is the undoubted favourite for the men's title. He starts against 139th-ranked Hugo Dellien of Bolivia. If successful here, he would need the US Open to become the first man to capture the Golden Grand Slam.

The calendar Golden Slam has only ever been achieved once in the women's game when Steffi Graf swept the board of all four majors and Olympic gold at Seoul in 1988.

Djokovic exited the 2016 edition in tears after a first-round loss to Juan Martin del Potro, who denied the Serb bronze four years earlier in London.

But he arrives in Japan brimming with confidence, his victories at the Australian Open, Roland Garros and Wimbledon putting him level with Federer and Nadal on 20 Grand Slams.

Japan's Kei Nishikori, a bronze medallist at Rio, dreams of another deep run at home, while Daniil Medvedev, Stefanos Tsitsipas and Alexander Zverev are the primary threats to Djokovic. 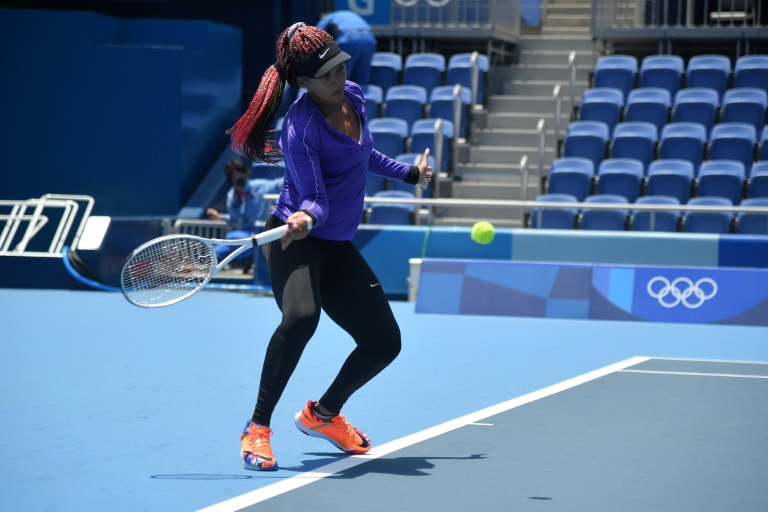 Osaka is preparing for a much-awaited comeback after her bombshell decision to quit the French Open following the bitter fall-out from her decision to boycott all media activity at the tournament.

The four-time major champion consequently set off a debate about mental health, and likened post-match news conferences to "kicking people when they're down".

She later revealed her battle with depression and anxiety in a post on social media, saying she wanted to take time away from the game to get better.

Poland's Iga Swiatek, last year's French Open winner and a doubles gold medallist at the 2018 Youth Olympics in Buenos Aires, could await her in the quarter-finals, with Ashleigh Barty, the newly-crowned Wimbledon champion, the top seed.