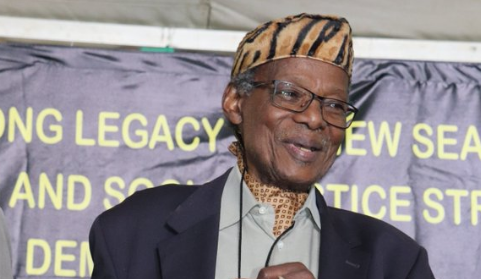 Prince Mangosuthu Buthelezi said the IFP warned government years ago that "we cannot keep pouring money into a bottomless pit".

ULUNDI - The Inkatha Freedom Party (IFP) has lashed out at the government for supporting ailing state-owned enterprises (SOEs), saying it's akin to throwing money into a bottomless pit.

Cash-strapped SOEs include arms manufacturer Denel, public broadcaster SABC and power utility Eskom, which is battling a debt of over R440-billion and was granted another R59-billion of government support for the next two years in July.

READ: End of an era as Buthelezi steps down

Buthelezi said the IFP warned government years ago -- when he still served in cabinet as Home Affairs Minister -- that "we cannot keep pouring money into a bottomless pit".

"A fundamental policy decision had to be taken. But the ruling party failed to take it. And now the economy is failing."

He said the effects of the slowing economy, which contracted 3.2 percent -- or declined R56-billion -- in the first quarter of 2019, were felt mostly by ordinary South Africans.

"Are all the bills paid every month? Do you ever have to wonder how you’ll pay the school fees, or the rent, or how you’ll buy electricity or put food on the table?

"These are daily worries for most South Africans. Ours is one of the most unequal societies in the world."

When he served in Nelson Mandela's cabinet, Buthelezi said he warned the government of national unity to focus on the economy.

"This call for strong economic growth is part of the IFP’s legacy. Just as we petitioned for federalism and the devolution of powers, we petitioned at the negotiating table for a free market economy, where business could flourish, jobs could be created, and investment could be secured," said Buthelezi.

WATCH: Ramaphosa has solid plan to turn economy around

"Today, economists can trace back the history of economic collapse and pinpoint the problem. The ruling party never committed to one economic policy.

"Instead, they allowed their tripartite alliance partners the SACP and Cosatu to dictate policies that were neither fish nor fowl."