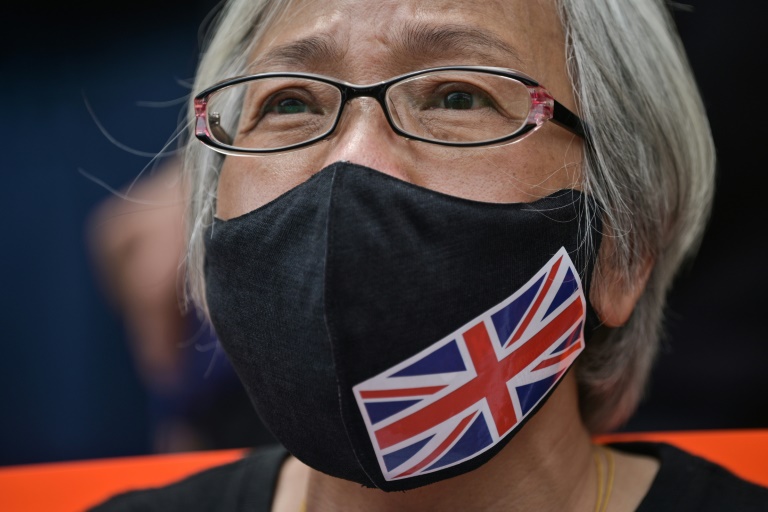 But that did not deter her from joining protesters outside Hong Kong's West Kowloon court on Monday as many of the democracy movement's key leaders appeared in the dock to face charges of subversion.

"Today is not just about supporting the 47 people who were arrested," the 64-year-old told AFP, referring to the dozens of activists charged with conspiracy to commit subversion, one of Beijing's new national security crimes.

"We need to come out again, tell the world that we will continue to fight for freedom, democracy and justice."

Protests have been all but outlawed in Hong Kong over the last year. 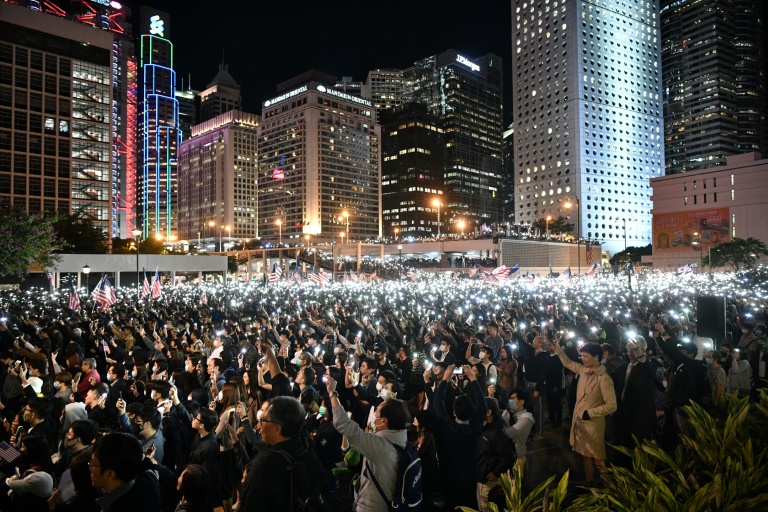 Using both anti-coronavirus bans on public gatherings and a new security law imposed by Beijing, authorities have successfully stamped out the huge and often violent democracy rallies that convulsed the finance hub for months in 2019.

Monday's gathering was a rare exception.

Hundreds queued to attend the hearing for those charged with subversion, chanting slogans and flashing popular protest gestures -- once-familiar scenes not witnessed in Hong Kong for months.

Many asked to shake Wong's hand and pose for pictures because she is something of a local celebrity.

Dubbed "Grandma Wong", she was one of the most visible faces in the early stages of 2019's democracy protests.

She attended virtually every rally, usually waving a British flag.

But she disappeared in August 2019 during a trip to the mainland city of Shenzhen. 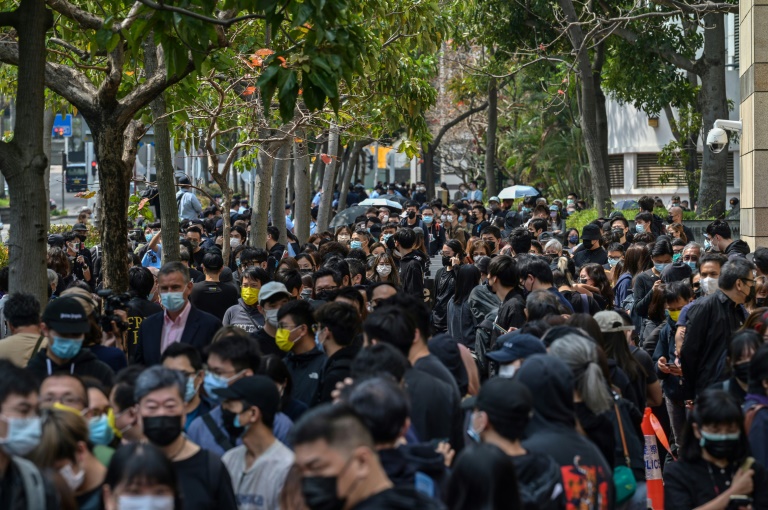 Wong emerged 14 months later in Hong Kong saying she had been detained for months for "picking quarrels" -- a catch-all term used by the government to target dissenters.

She remains committed to democracy and Monday's court hearing offered an opportunity to signal her continued defiance.

As she queued for a spot inside the court, she unfurled a large British flag and held banners that read "Fight for freedom" and "Stand with HK".

"I'm a person who loves freedom, but I know more clearly what I should do to secure our freedom, so I must come out," she said.

"Even if I die or I'm being imprisoned for a lifetime, I hope people will not give up."

Behind her were hundreds of people also queuing to get into court, the line snaking around one side of the building at least four rows deep.

Some held yellow umbrellas, a symbol of the democracy movement. Chanting broke out intermittently, including the phrase "Liberate Hong Kong, revolution of our times" -- a slogan authorities have now deemed illegal.

Many flashed pro-democracy hand signals, including the three-finger "Hunger Games" salute embraced by protesters in Thailand and Myanmar.

Others played protest songs on portable speakers and left images of jailed activists at a makeshift shrine. In another corner of the crowd, people read political books.

At one point a group of students from a school overlooking the court complex gathered on a balcony and shouted "Add Oil", a popular phrase of encouragement in Cantonese.

Among those queuing were two men who described themselves as friends of district councillor Lee Yue-shun, one of the activists charged with subversion.

Both asked for their names not to be used. 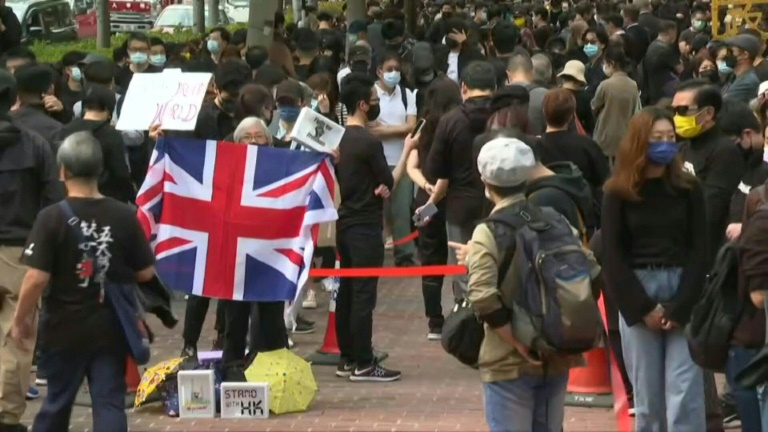 "(Lee) was just arrested for being an opponent," he told AFP.

"I'm angry more than anything," the other friend said. "This city is not fair. The police have weapons and they just bully people. I don't have justice."

Cary Lo Chun-yu, a district councillor for the opposition Democratic Party, said he had come to show support for four party colleagues who were being prosecuted.

"We need to stay strong together," he told AFP.

"We need to be prepared that these 47 arrested may not come out in a short amount of time. But we need to look forward and focus on what we can do on the outside."