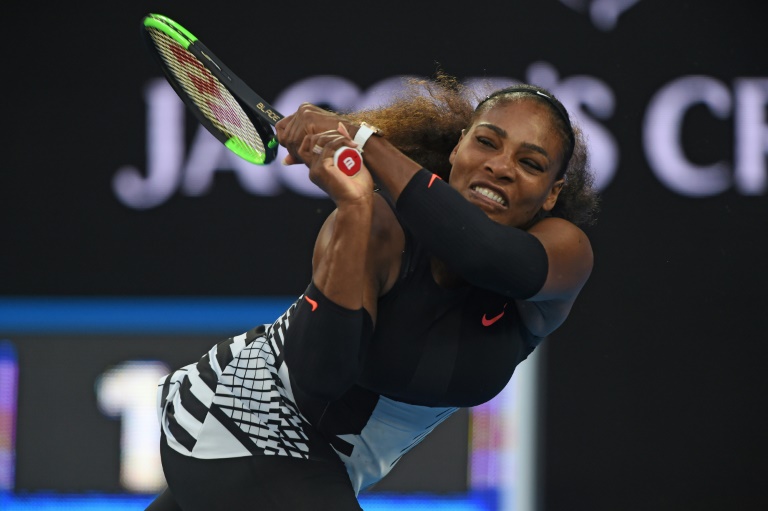 'The greatest': Serena Williams on her way to victory over sister Venus in the 2017 Australian Open final. AFP/Paul Crock

LOS ANGELES - Serena Williams turns 40 on Sunday with her long-time coach hailing her as the "greatest of all time" and a pioneer of tennis "intimidation".

The American superstar is frustratingly marooned on 23 Grand Slam titles, one short of the all-time record held by Margaret Court.

However, her French coach Patrick Mouratoglou told AFP that her legacy is secure.

"Margaret Court was playing at a time when three-quarters didn't even go to Australia (for the Australian Open), where tennis was an amateur sport, when the draws were 16 players," said Mouratoglou.

Williams, whose sister Venus, a seven-time major winner, is still playing on tour at 41, won the last of her 23 Slams at the 2017 Australian Open.

It was achieved while she was pregnant with daughter Olympia who was born in September that year.

With former world number one Serena now down at 40 in the rankings, questions have been asked over her future in the sport.

"She still has it. The question is how much she wants it and what is she willing to do to get there?," added her coach.

"Since she had her daughter, it's harder. She has a lot of trouble not putting her life as a mother before her life as a player which is completely understandable.

"I think that's the main reason she didn't win a Grand Slam. Her family comes first and in order to be able to do great things in one area, that area can't come second.

"She is reflecting and we will see what comes out of it."

Williams has been beaten in her four Grand Slam final appearances since her 2017 Melbourne triumph.

She has not made the championship match at a major since Wimbledon in 2019.

She missed this year's US Open in New York, where she won her first Slam in 1999, with a hamstring injury.

The last of her 73 career titles came in Auckland in January 2020.

If Williams fails to match Court's record, Mouratoglou says she should be appreciated for the weapons she has brought to the sport -- both on and off the court over her 26-year career.

"She changed tennis," he insisted.

"She brought an athletic dimension that there was not there at all, she opened the doors, with her sister Venus, to a whole generation of players because it was a white sport.

"She invented tennis intimidation because she has a presence that makes others fear her. For a very long time, it was impressive.

"She also brought the business to women's tennis. Before her, the business was very small and with her it became huge because she has such an aura, she has become such a marketing object, too, that huge contracts are possible for the players."

Mouratoglou teamed up with Williams in 2012 and has seen her development as a player, physically and mentally.

He believes her only equal on the men's side when it comes to sheer will to win is Novak Djokovic, who has three fewer Slams.

"At the very beginning, she was very lacking in confidence. She was not herself. But I knew who she was," Mouratoglou explained.

"When she qualified for the semi-finals at Wimbledon in 2012, when she was seventh in the world, I'm at the restaurant, she runs towards me with a smile, telling me 'it's great, whatever happens now I'm third in the world on Monday!' 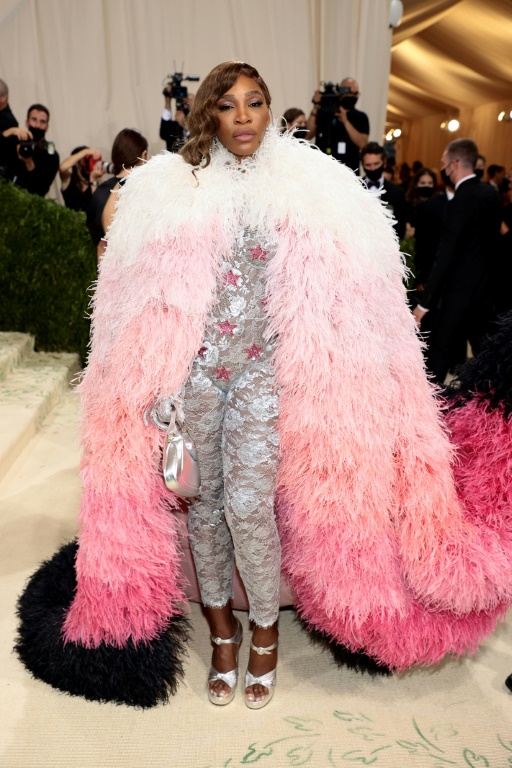 "I told her 'so what? I'm surprised you find that great, explain it to me.' She felt really bad and didn't answer me.

"But in the evening, she texted me: 'Sorry for what I said earlier. Number three, it sucks, number two also.' At that point, I reconnected her with herself."

It was that same summer that Mouratoglou believes Williams played the best tennis of her life.

"The Olympics in London were exceptional. She won Wimbledon and the confidence that this victory gave her made her walk on water.

"She pulverised everyone at the Games. In the final, it's 6-0, 6-1 against Sharapova! This is where she played the best tennis of her life, she was untouchable.

"At the end of 2014 and the beginning of 2015, she won four consecutive Grand Slams, playing really well.

"In 2013, she told me that she hadn't won Roland Garros for 11 years and would like to make it her goal. She didn't lose a match on clay that year ... She won Charleston, Madrid, Rome, Roland Garros, Bastad. Even Rafael Nadal never did that."