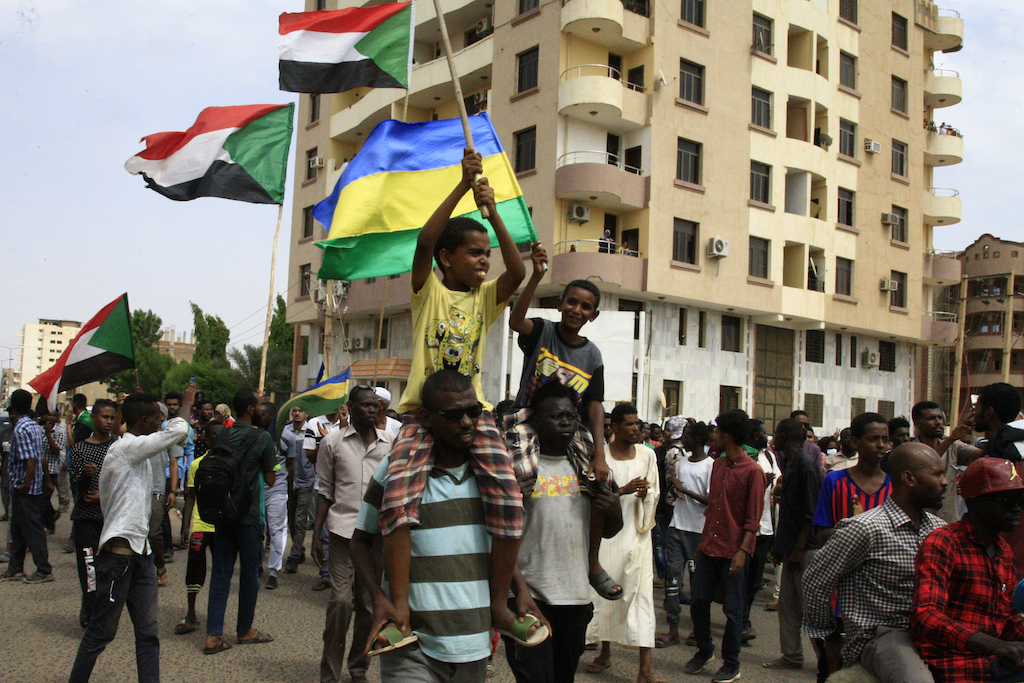 Sudanese protesters take part in a demonstration called for by the Sudanese Professionals Association (SPA) to denounce the July 29 Al-Obeid killings.

AL-OBEID, Sudan - Sudanese school pupil Abdallah Adam's family hit out in anger when a delegation from the ruling military council came to offer condolences after he was shot dead by security forces.

"We told them we would not accept any government official," said 23-year-old relative Bushri Adam after Monday's tragedy in Al-Obeid.

Four high school pupils and two other protesters were shot dead during a rally in the central city against growing bread and fuel shortages.

Another four demonstrators were shot dead on Thursday in the city of Omdurman, twin city of the capital Khartoum, in a protest over the Al-Obeid killings, medics said.

The latest killings came as protest leaders and the generals who took power after longtime president Omar al-Bashir's ouster in April resumed talks on a transition to civilian rule.

The deaths have sparked outrage across the country and brought international condemnation.

On Wednesday, after having been rebuffed from the boy's home, a top general accused members of the feared paramilitary Rapid Support Forces of opening fire on the student rally.

The rally was initially stopped with batons by a group of RSF forces guarding a nearby bank, said Jamal Omar, who heads the ruling military council's security committee.

But when some students threw stones, members of the RSF acted in their "individual capacity" and opened fire on the crowd.

"We have identified those who fired live ammunition that led to the killing of the six," he said.

On Friday, the military council said nine RSF paramilitaries had been arrested for the killings in Al-Obeid.