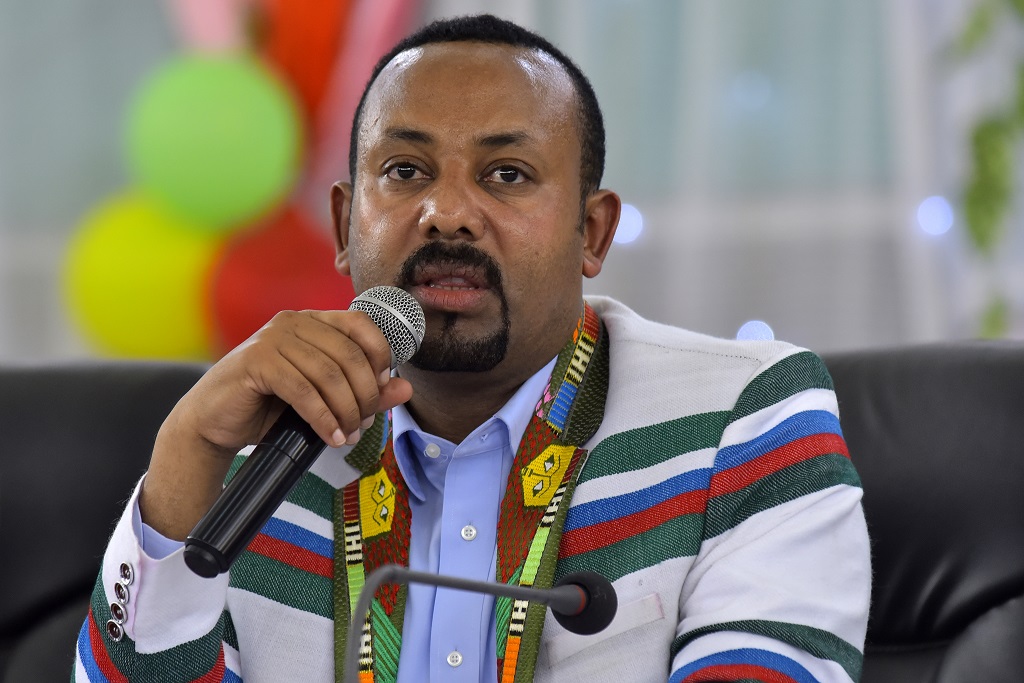 ADDIS ABABA - Ethiopian Prime Minister Abiy Ahmed declared victory in his military operation in the northern region of Tigray, but there are clear signs that fighting persists despite a claimed return to normalcy.

Abiy launched the offensive last November against Tigray's ruling party, which he accused of attacking federal army camps and seeking to destabilise the country.

Within weeks troops entered the regional capital of Mekele and Abiy announced military operations were "completed."

But the government continues to give accounts of TPLF leaders slain in gun battles while the United Nations reports "insecurity" hampering aid access.

And in recent weeks satellite images, public statements from military and civilian officials in Tigray and scattered accounts from residents have added to evidence of a conflict unfolding largely in the shadows.

A communications blackout in much of Tigray means confirmable details remain scant.

When federal forces arrived in Mekele in late November, they encountered little resistance as the Tigray People's Liberation Front (TPLF) leadership appeared to have already fled.

And a triumphant Abiy claimed no civilians had been killed during the capture of Tigrayan cities.

Doctors at one Mekele hospital told a different story, though, saying at least 20 civilians died in shelling.

They provided AFP with photos of survivors with gruesome injuries, including lost limbs and exposed internal organs.

The International Crisis Group (ICG) think tank says thousands have died so far, and tens of thousands of refugees have streamed across the border into neighbouring Sudan.

Federal officials have described subsequent fighting as minor operations centred on Tigrayan leaders like former regional president Debretsion Gebremichael, who has been out of contact for more than a month.

The UN is especially worried about what happened at two camps housing over 30,000 Eritrean refugees that are inaccessible.

Top officials have repeatedly sounded the alarm about reported killings, abductions and forced repatriations from the camps back to neighbouring Eritrea.

The alleged presence of soldiers from the isolated and iron-fisted Eritrean regime in Tigray has been a hotly contested aspect of the conflict.

Five humanitarian workers have been confirmed killed at one of the camps, known as Hitsats.

"Reports of additional military incursions over the last 10 days are consistent with open source satellite imagery showing new fires burning and other fresh signs of destruction at the two camps," UN refugees chief Filippo Grandi said in a statement Thursday.

"These are concrete indications of major violations of international law."

But in December the US State Department said it was "aware of credible reports of Eritrean military involvement in Tigray" and called for Eritrean troops to be withdrawn.

Eritrea fought a brutal border war with Ethiopia in 1998-2000, back when the TPLF dominated Ethiopia's governing coalition.

Abiy won the Nobel Peace Prize in 2019 in large part for initiating a rapprochement with Eritrea, whose President Isaias Afwerki and the TPLF remain bitter enemies.

In late December a top-ranking member of Ethiopia's army told a meeting of Mekele residents that Eritrean troops had entered Tigray, but insisted they were "unwanted".

Awet Woldemichael, a Horn of Africa security expert at Queen's University in Canada, said this explanation was dubious. 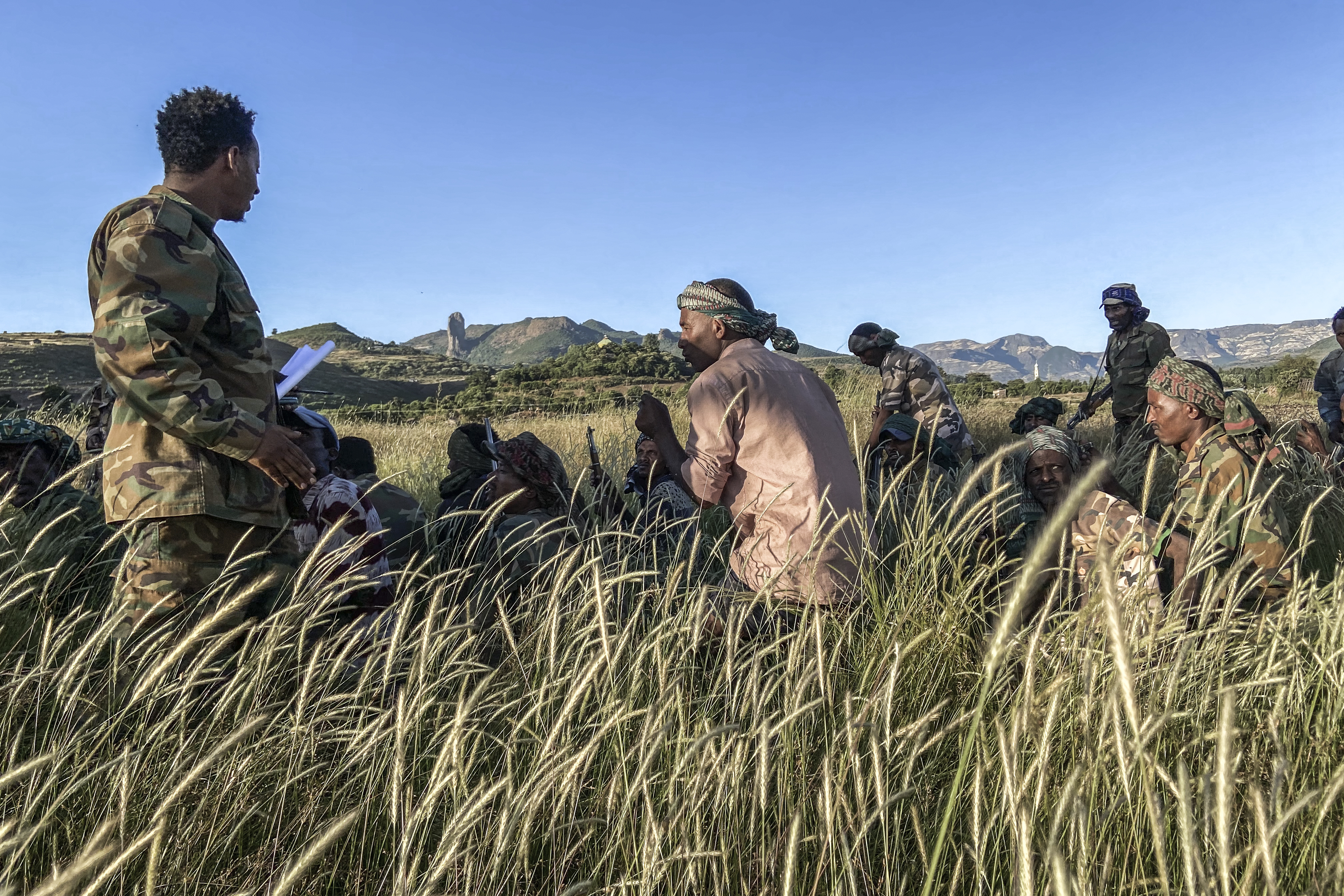 File: Amhara militia men, that combat alongside federal and regional forces against northern region of Tigray, receive training in the outskirts of the village of Addis Zemen, north of Bahir Dar, Ethiopia. EDUARDO SOTERAS / AFP

"Eritrean involvement in the war in Tigray is not considered a violation of Ethiopia, and the international community is not worked up about it, precisely because the Ethiopian government invited it," he said.

Perhaps the most immediate concern for Tigray's estimated population of six million is humanitarian access.

The government's Tigray Emergency Coordination Centre puts the number of people needing food assistance at 4.5 million and says 2.2 million have been displaced.

Officials from the new caretaker administration have warned of widespread starvation if food aid does not arrive soon, according to humanitarian officials briefed on their assessments.

READ: Ethiopia's Abiy says has Tigray leaders in his sights

A letter from a Catholic church official in the town of Adigrat, dated January 5 and seen by AFP, says residents have run out of food, water and medicine and are living without electricity and other basic services.

"It is a daily reality to hear people dying from the fighting consequences, lack of food, insulin & other basic medicines," the letter reads.

Government statements about the conflict have recently focused on TPLF leaders who have been killed or captured.

"From the outset of the conflict," Davison said, "the major challenge for the federal government has been how to defeat Tigray's leadership without alienating the Tigrayan people."