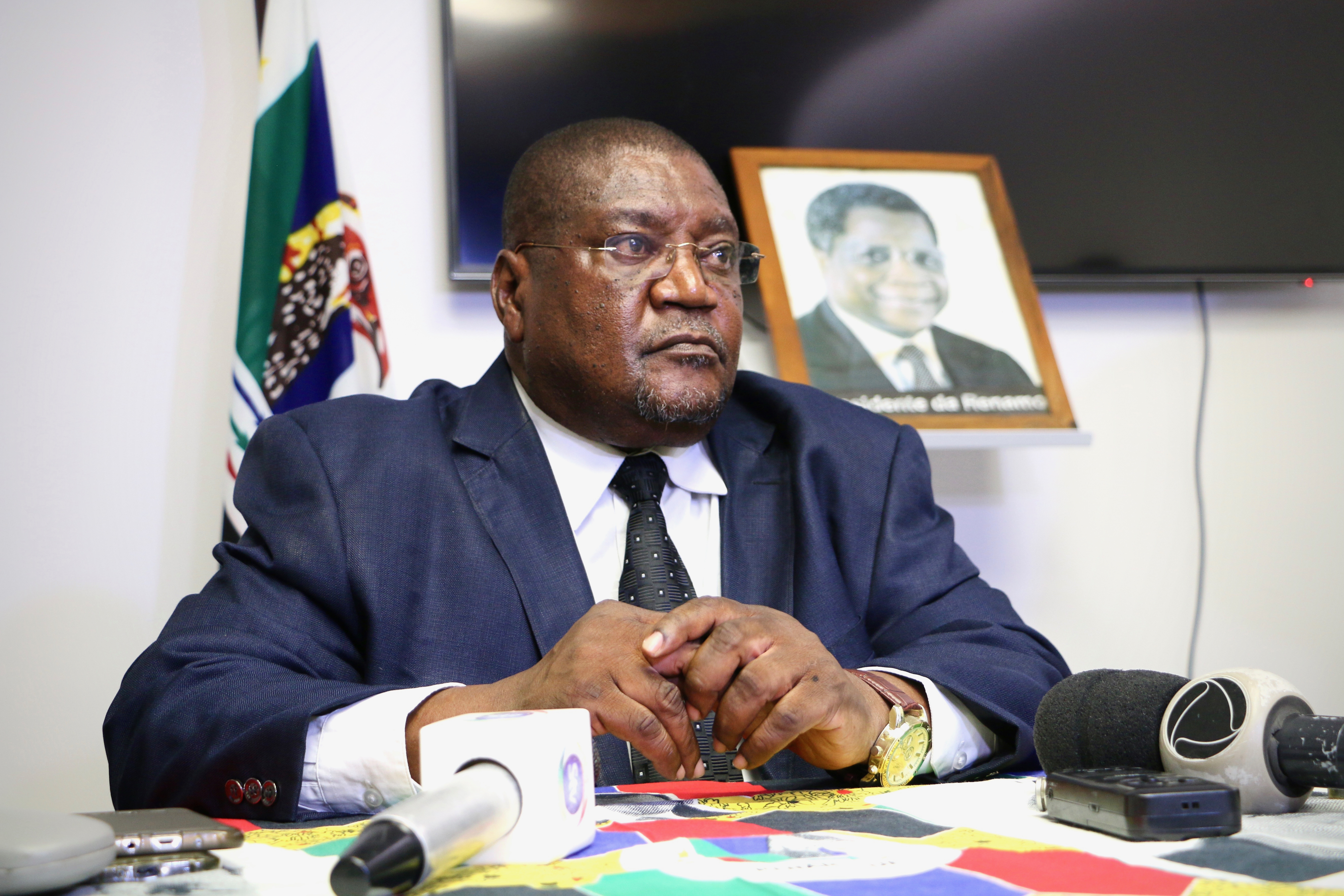 Ossufo Momade, former secretary general of Renamo (Mozambican National Resistance), the main opposition party in Mozambique, looks on during a press conference in Beira, on May 5, 2018, after being named as interim leader of Renamo's national political commission, after veteran chief Afonso Dhlakama, who had headed the party for 39 years, died unexpectedly.

MAPUTO, Mozambique - A group purporting to be the military wing of Mozambique's main opposition party Renamo has threatened to kill the party's leader, Ossufo Momade, if he does not step down.

"We don't want Ossufo," a spokesman for the group, Mariano Nhongo, said at a news conference held on Wednesday in the mountainous centre of the country.

"If he doesn't want to go, we will kill him... he has destroyed our party," he said, surrounded by a handful of men holding assault rifles.

The group also threatened to derail talks between Momade and Mozambican President Filipe Nyusi aimed at the complete disarmament of Renamo, a former rebel group that transformed into a political party after the country's 1976-1992 civil war but which took up arms again in 2013 to challenge the ruling Frelimo party.

Renamo declared a ceasefire in 2016 under its former leader Afonso Dhlakama, who died last year, and a fragile peace process has been applied since then.

Its spokesman, Jose Manteigas, condemned what he called a "defamatory and uncouth show" by Nhongo and reiterated his party's determination to achieve a complete peace and "true national reconciliation".

But an analyst, Sergio Gomes of St. Andrews University in Scotland, told AFP that the warning underscored turmoil in the opposition over the application of the peace process under way since 2016.

"If the party doesn't calm this, it could lead to a break within its armed wing," he told AFP.

Mozambique is to hold general elections on October 15.