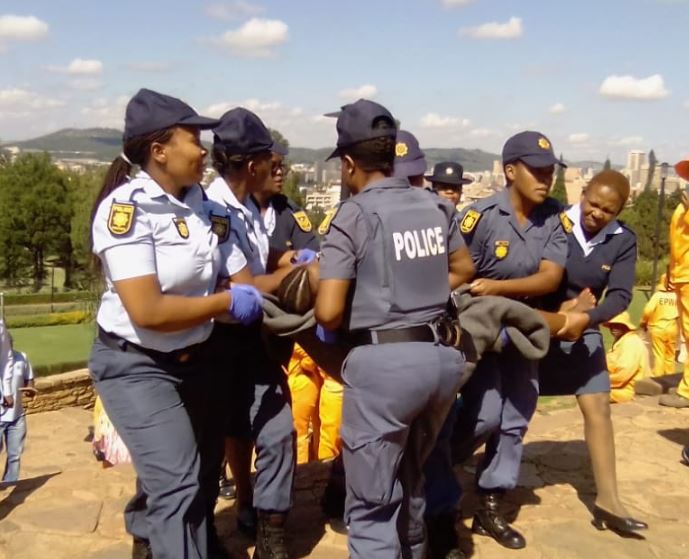 Gugu Ncube alleges she was sexually abused while she was an employee at Unisa.

JOHANNESBURG - Gugu Ncube was arrested on Wednesday after staging a naked protest outside the Union Buildings.

Ncube claims she suffered abuse at the hands of her boss while she was still working at the University of South Africa.

She said she was dismissed from her position at the institution after she reported a sexual harassment case against her boss.

READ: Woman lives in fear after rapists are freed

Ncube was taken into custody by police officers and has been charged with public indecency.