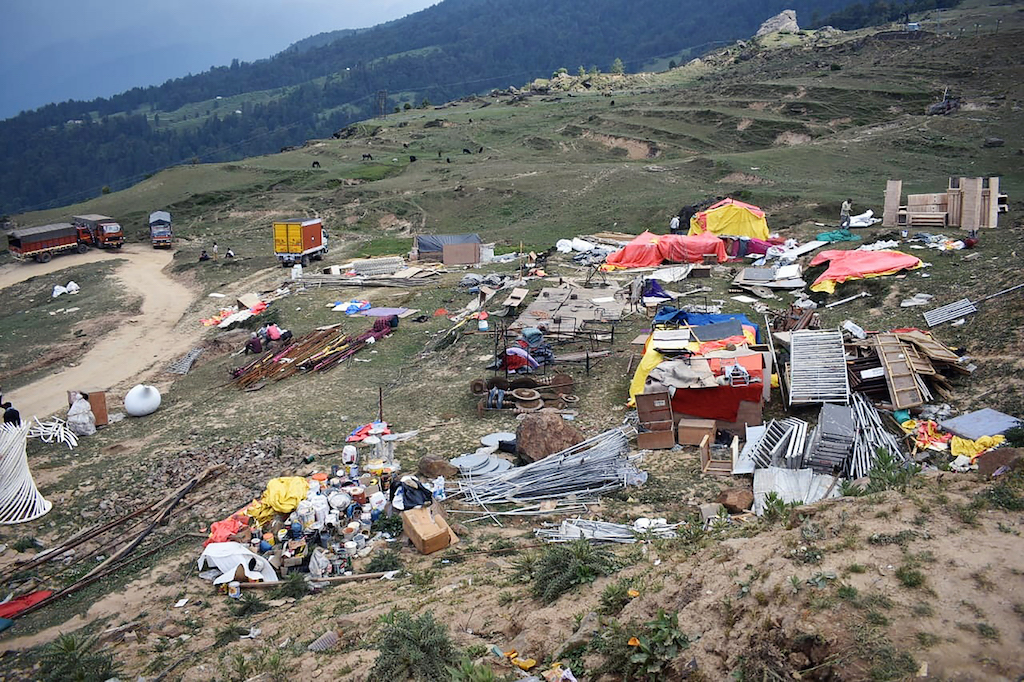 Waste left behind following the large-scale weddings of the brothers Suryakant and Shashank Gupta of the South Africa-based Gupta family in the Auli hill station in Uttarakhand state.

DEHRADUN, India - The wedding planners hired by South Africa's scandal-plagued Gupta family have been fined for open defecation and littering following the opulent celebrations at a scenic Himalayan resort, an official said on Monday.

The weddings drew widespread attention in India after photos showed the picturesque venue littered with rotting flowers, food and other garbage.

S.P. Nautiyal, a local civic official, said the planners have been fined 250,000 rupees ($3,621) for leaving behind the mess. Some of the workers hired by the company had even defecated in the open, he said.

"For defecating in the open we have imposed a fine of 100,000 rupees and another 150,000 rupees penalty has been levied for scattering garbage," Nautiyal said.

The hotel where the weddings took place has also been fined 25,000 rupees ($362) for "keeping sewage lines open".

Local media reports said civic workers had so far collected some 30 tons of garbage, with trucks being sent daily to collect the waste since June 22.

The Times of India on Monday quoted a local official as saying that temporary toilets had been set up for hundreds of guests but no such facilities were built to accommodate the workers.

"We assume that they... defecated in the open", it quoted an unnamed official as saying.