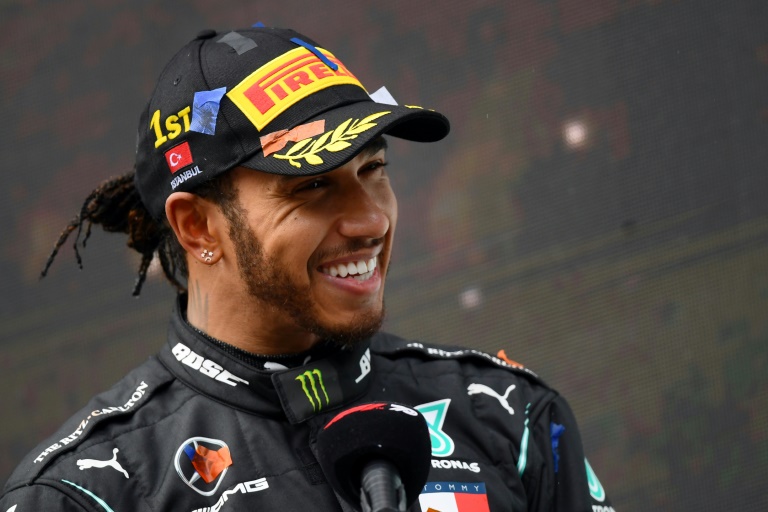 LONDON - Lewis Hamilton said that winning a record-breaking eighth world championship in 2021 would not be the determining factor in whether he quits after the season.

The attempt to land a drivers' crown that would move the 36-year-old Briton above Michael Schumacher to become the most decorated driver in the sport's history will go hand-in-hand with the issue of his future in Formula One.

"I've made a really important decision in my mind, that I don't want that to be the deciding factor," Hamilton said in a conference call at the launch of the Mercedes car for 2021.

"Of course it's the ultimate dream, but I don't think that's necessarily going to be the deciding factor whether to stay or keep going."

Hamilton denied that a one-year extension to his contract had increased the possibility that the upcoming season could be his final one in the sport.

"I am in the fortunate position where I have achieved most of the stuff that I wanted to, so there is no real need to plan too far into the future.

"We are living in an unusual period of time. I just wanted one year, then we can talk about if we do more and keep adding to it by one if we have to."

Mercedes team principal Toto Wolff insisted that despite seven successive constructors' titles the team had the "same fire, hunger and passion" as when he arrived in 2013.

The Mercedes-AMG F1 W12 E Performance builds on the solid base of its predecessor but includes considerable aerodynamic changes alongside improvements to areas as such as the suspension, cooling system and power unit.

It will be seen on the track for the first time in pre-season testing in Bahrain on March 12. The season-opening Grand Prix takes place on March 28.

"Every year we reset our focus and define the right objectives," said Wolff in a statement to mark the launch of the new car.

"That may sound simple but it's damn hard and is probably why there are no sports teams out there with seven consecutive titles.

"So many things can happen and it's very natural to get used to success, and therefore not fight as hard for it. But this team has not shown any of that."