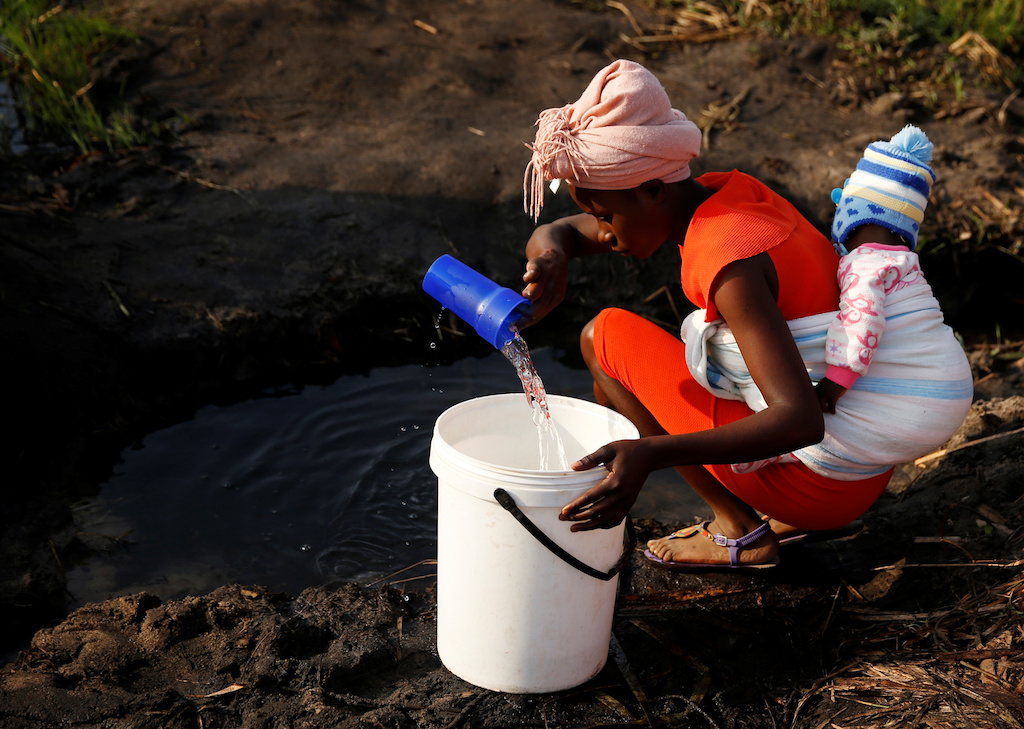 A women with a baby on her back collects water in Mabvuku, a highly-populated suburb in Harare, Zimbabwe, 3 September 2019.

HARARE - Zimbabwe's capital Harare will temporarily resume pumping water at its main waterworks on Tuesday, an official said, bringing some relief to residents who have endured months without water.

Most of Harare's water and sewer infrastructure is in a state of disrepair leaving the city unable to supply some of its more than 2-million residents.

On Tuesday he said chemicals had been secured that would last a week.

The southern African nation is gripped by its worst economic crisis in a decade that has seen inflation soar and citizens endure shortages of foreign exchange and fuel, and electricity cuts that last up to 18 hours.

Mupamawonde said the city had bought chemicals from local suppliers and pumping of water would resume after 4pm (1400GMT). Residents would start receiving water on Tuesday just before midnight, he said.

"We are taking this as a buffer period to work around what happens next," he said at a media briefing, adding that some of the city's chemical supplies were stuck at the border with South Africa in the south, awaiting payment and clearance.

The closure of the treatment plant had raised the prospect of an outbreak of water diseases like cholera, a year after Zimbabwe suffered its worst cholera outbreak in a decade, which killed at least 26 people mainly in Harare.

Mupamawonde said Harare would continue to face water shortages unless new dams that have been on the cards for more than two decades are built.

The city would drill more public boreholes and truck portable water to residents as short term solutions, he said.

Other News on Water Shortage