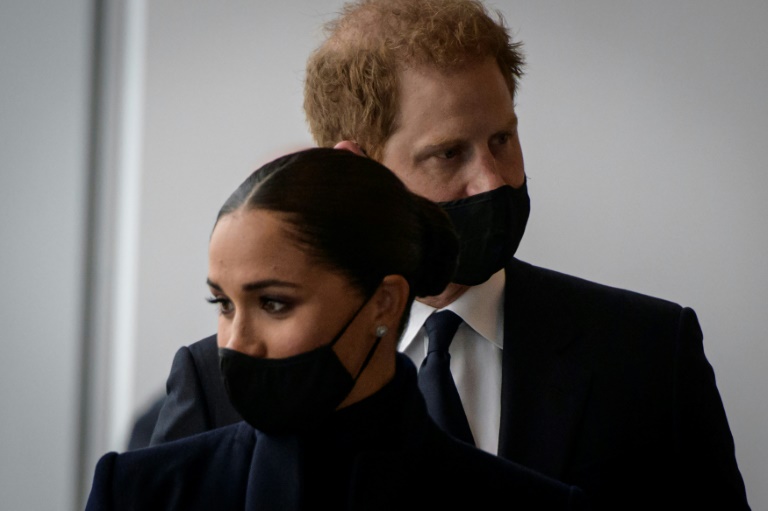 Prince Harry and Meghan Markle, the Duke and Duchess of Sussex, visit the One World Trade Center observation deck in New York

NEW YORK - Britain's Prince Harry and wife Meghan Markle kicked off a trip to New York City with a visit to the "Freedom Tower" and 9/11 Memorial on Thursday.

The couple toured the observatory on floors 100 and 102 of the One World Trade Center with New York Governor Kathy Hochul and city Mayor Bill de Blasio.

Dressed in somber dark outfits, the Duke and Duchess of Sussex then inspected the reflecting pools situated where the Twin Towers stood before the Al-Qaeda attacks on September 11, 2001.

Harry, 37, and Meghan, 40 are due to take the stage at Global Citizen Live in New York's Central Park on Saturday.

Global Citizen Live is a series of concerts being held around the world to raise awareness on climate change, vaccine equality and famine.

"It's wonderful to be back," said Markle. 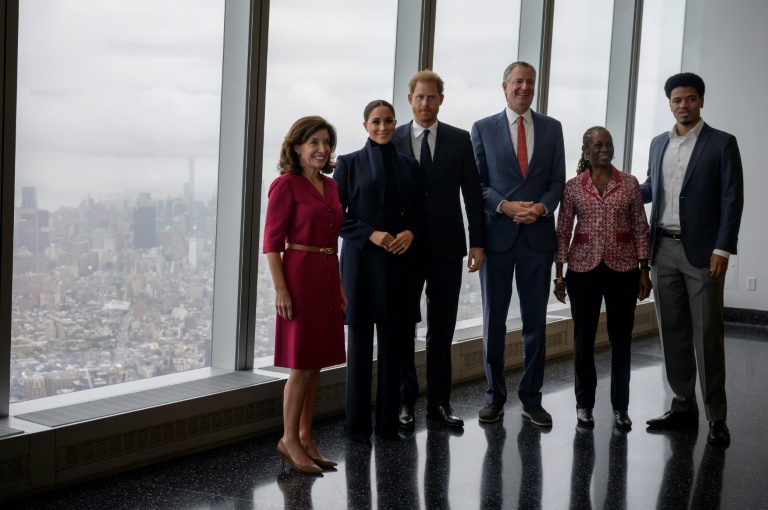 They announced the birth of their daughter, their second child, in June.

In 2019, British newspapers criticized Markle over what they described as an "extravagant" trip to New York in a private jet to celebrate the imminent arrival of her first baby, son Archie.