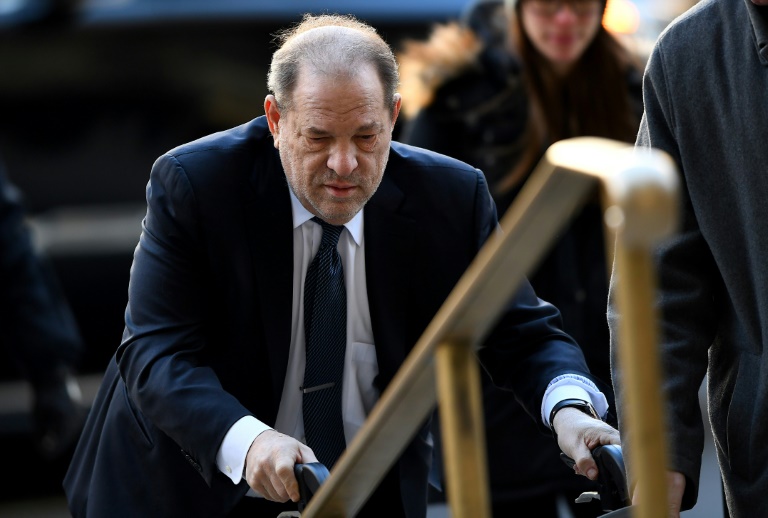 Harvey Weinstein, seen during his New York trial in 2020, has been accused of sexual assault or harassment by nearly 90 women

LOS ANGELES - Disgraced Hollywood mogul Harvey Weinstein pleaded not guilty in a courtroom in Los Angeles on Wednesday to all 11 charges of rape and sexual assault against five women in California hotel rooms.

The convicted rapist, who is already serving 23 years in jail in New York, has been brought across the country to face further sex crime charges in the city where he once presided over massive film deals.

The 69-year-old Weinstein - who could face an additional 140 years in prison if convicted on all counts - was present to hear the latest charges against him in the downtown courtroom, slumped in a wheelchair and wearing a brown jumpsuit and ill-fitting blue mask.

"He absolutely, unequivocally and categorically denies the allegations in this indictment... they're unprovable, unproven, un-credible and unsubstantiated," his lawyer Mark Werksman told reporters outside the courthouse.

Weinstein is accused of sexually assaulting five women in Los Angeles between 2004 and 2013, when former actress Lauren Young alleges the "Pulp Fiction" producer attacked her in a Beverly Hills hotel.

Young has already appeared as a witness in the New York case that led to Weinstein's existing conviction -- seen as a landmark for the #MeToo movement -- which he is appealing at a later date.

The other Los Angeles charges against Weinstein from women who have not been named in public date back as far as 2004.

The statute of limitations has expired on further allegations of rape against Weinstein in the film industry capital as far back as 1977.

Weinstein has said all his sexual encounters were consensual.

In total, nearly 90 women including Angelina Jolie, Gwyneth Paltrow and Salma Hayek have accused Weinstein of sexual harassment or assault.

Wednesday's hearing was largely held behind closed doors, with journalists admitted for a brief conclusion. 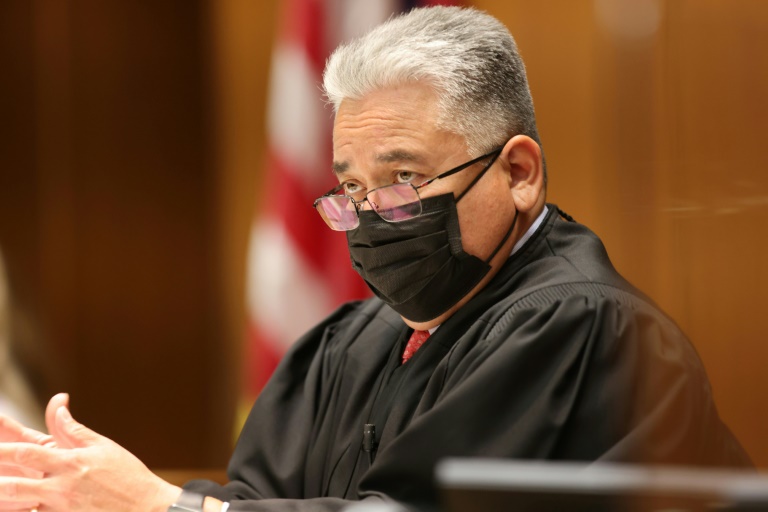 During the hearing, Weinstein's lawyer Werksman called for three of the charges dating back as far as 2004 to be dropped as the statute of limitations had expired.

He also requested Weinstein be granted a medical evaluation -- which Judge Tapia granted.

Werksman told reporters after that Weinstein is unable to walk due to a spinal condition, and that his client's "physical condition has degraded."

The Los Angeles accusations "stem from many years ago" and cannot "be substantiated or corroborated by any forensic evidence, any contemporaneous reporting, any credible witnesses," he added.

For Weinstein's New York conviction, prosecutors presented no forensic evidence or third-party witness accounts, their case instead resting on asking the jury to believe the women.

Gloria Allred, who represents multiple Weinstein accusers, said it was important that alleged victims in Los Angeles also get "access to justice" and "have their day in court."

"There are many, many sacrifices made by these persons who are victims," she told reporters. 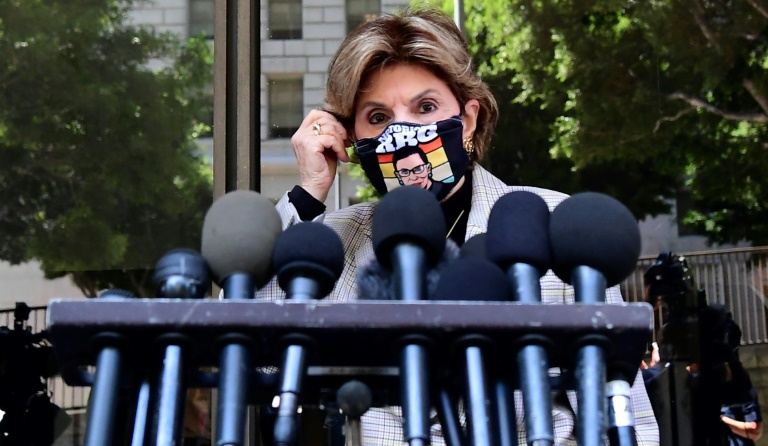 Victims lawyer Gloria Allred arrives to speak to the press outside the court on July 21, 2021, after Harvey Weinstein pleaded not guilty in Los Angeles

Before the allegations against Weinstein emerged in 2017, he and his brother Bob had already left an indelible mark on Hollywood.

They co-founded Miramax Films, a small distribution company named after his mother Miriam and father Max, in 1979. It was sold to Disney in 1993.

Their hits included 1998's "Shakespeare in Love," for which Weinstein shared a best picture Oscar. Over the years, Weinstein's films received more than 300 Oscar nominations and 81 statuettes.

At the end of the open part of Wednesday's hearing, during which a notably pale Weinstein sat silently, cuffed to his chair, the judge wished the former Tinseltown titan "good luck."

Weinstein appeared to thank the judge, his mouth obscured and voice muffled by his mask.