JOHANNESBURG - Health authorities say they have not been able to confirm that a Gauteng woman has given birth to ten babies on Monday.

Pretoria News is reporting that Gosiame Sithole gave birth to decuplets, seven boys and three girls at a Pretoria hospital.

Sithole says she can't afford to raise her children and is appealing for help.

The birth would break the Guinness World Record, which was previously nine children.

However, government says it has not been able to verify the reports.

The family of the mother who gave birth to 10 babies say that the mother and her babies are doing well and are still in hospital. The babies were born on Monday. Family member and niece of the father, Mathapelo Tsotetsi, speaks to eNCA’s Sally Burdett. #eNCA Courtesy #DStv403

We have spent a better part of today tracing the story of @IOL of a woman having given birth to 10 babies! @IOL can you please help the public where this birth happened!

My office & our Dept. of Social Dev. have been searching for the family who allegedly gave birth to 10 kids today. Apparently they from Tembisa & we wanted to assist as a city. Can @IOL provide some info on this story? Or has mainstream media degenerated to a fake news factory?

END_OF_DOCUMENT_TOKEN_TO_BE_REPLACED 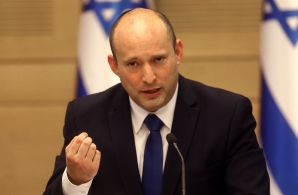